AT&T’s Warner Bros will debut its movies online and in cinemas simultaneously next year, the most dramatic move by a studio yet as the pandemic forces Hollywood to tear up its decades-old playbook for releasing blockbusters.

In an announcement that sent shares in cinema chains sharply lower on Thursday, Warner Bros said it will make movies available on the group’s HBO Max streaming service for one month in the US at the same time as it releases them in cinemas.

Hollywood is adjusting to the likelihood that cinema attendance will remain limited for the foreseeable future at the same time as media conglomerates are engaged in a fierce battle to establish their streaming businesses.

The Warner Bros decision underscores the importance of HBO Max to Jason Kilar, who was hired by AT&T this year to run WarnerMedia.

Mr Kilar, whose background is in streaming as the co-founder of Hulu has promised to push WarnerMedia, the storied company behind Warner Bros and HBO, into a digital future.

We’re living in unprecedented times which call for creative solutions

Bringing movies such as Godzilla vs Kong, The Suicide Squad and the Matrix 4 to HBO Max should help lure more sign-ups, which have been slow since the platform launched in May in the US.

Mr Kilar framed the hybrid approach as giving fans the choice of where to watch films. “Our content is extremely valuable, unless it’s sitting on a shelf not being seen by anyone,” he said.

As the pandemic has raged this year, studios have been forced to either postpone their biggest films or release them online and forgo what could be hundreds of millions of dollars in box-office sales.

Beleaguered cinema owners have warned they are at risk of insolvency as result of lockdown restrictions, public caution and limited new material from studios. Shares in AMC Entertainment and Cinemark dropped 16 per cent and 22 per cent, respectively, on Thursday afternoon following the Warner Bros news.

The big cinema chains and movie industry traditionalists have spent years fighting against Netflix, the online service that wants to stream movies at the same time — or instead of — a cinema release. 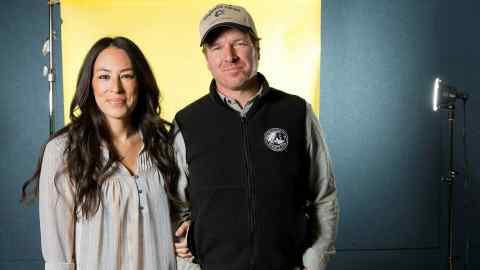 But the pandemic broke these once ironclad traditions in a matter of weeks, raising existential questions about the future of the movie business. Hollywood studios have experimented with online releases of some titles such as Mulan, which Disney sold on its streaming platform for $30.

Warner Bros had already said it would release the upcoming Wonder Woman sequel on HBO Max on December 25 — the same day it opens in cinemas.

AMC, Cinemark and Cineplex, weakened by the pandemic, have recently agreed to shorten the window for showing films exclusively in cinemas.

Michael Carroll, analyst at RBC, predicted that moviegoing “will look different” after Covid-19 passes. WarnerMedia’s move is “at the very least” another step towards a shorter window of time for showing films only in cinemas, he said.

“We’re living in unprecedented times which call for creative solutions,” she said.