China’s largest technology and financial services companies are stepping up efforts to expand in Singapore, as doors slamming shut on mainland groups in the US and India make the Asian finance hub crucial for international growth.

The Investment Management Association of Singapore said it had seen such a surge in interest that it was setting up a China chapter to better support and attract mainland companies.

Singapore, which also markets itself as a technology centre in Asia, has long been a popular first choice for Chinese companies seeking a springboard to expand internationally. Its allure has been heightened by restrictions on mainland groups in India and the US, and with Hong Kong increasingly susceptible to Sino-US friction.

A number of popular Chinese apps including TikTok have been banned in the US and India in recent months on the grounds they pose a threat to national security, while telecoms equipment maker Huawei is grappling with US sanctions.

“Singapore is benefiting from geopolitical tensions,” said Chia Hock Lai, chief executive of the Singapore Fintech Association, adding that the organisation’s membership had swelled from 350 groups in March to 780 as of September.

“The worsening of the trade and geopolitical relationship [between Beijing and Washington] is actually accelerating the move and diverting investment out of China,” said Mr Chia. 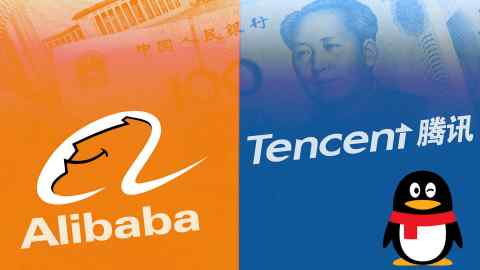 For funds, a primary attraction has been Singapore’s new Variable Capital Companies regime, designed to lure the assets of fund managers and family offices. Since January, 109 VCC funds have been set up in the city.

The Monetary Authority of Singapore and the Economic Development Board say they do not collect data on the number of Chinese financial or tech companies setting up shop in Singapore.

IMAS members must have a Singapore office, while SFA requires members to be registered in the city.

Carmen Wee, head of the IMAS, said an additional appeal of Singapore for asset managers was the ability to reach south-east Asia and its population of more than 650m.

“Given Singapore’s strategic position in south-east Asia, we have seen increased interest Chinese asset management firms to establish a presence in the city,” said Ms Wee. The IMAS said its number of Chinese members doubled each year since 2018.

Mr Chia said companies gave a variety of reasons for their interest in joining the SFA. For instance, Haitong was interested in identifying potential acquisition targets, he said. Huawei, which has been in Singapore for almost 20 years, is focused on expanding its cloud computing unit to provide companies with artificial intelligence and cloud services, he added.

Ant Group has a large presence in Singapore and south-east Asia and is bidding for a digital bank licence in the city-state.

Haitong already offers services including corporate finance, wealth management and asset management in Singapore. It intends to use the city as a route into the south-east Asia market, said Zhang Fufei, managing director and chief operating officer at Haitong International’s Singapore unit.

Ant Group and Huawei declined to comment, but people familiar with their thinking said the two groups were drawn by the government’s efforts to encourage collaboration between Singapore’s tech and finance sectors.