A pledge by China to be carbon neutral by 2060 has revived hopes in Beijing’s commitment to global climate change goals but left unanswered questions over how the world’s largest emitter can achieve the ambitious target.

The declaration by Xi Jinping, China’s president, at the United Nations General Assembly on Tuesday — after Donald Trump had earlier criticised Beijing’s environmental record — has been hailed as a major step forward in international negotiations over how to slow global warming.

“It shows real leadership, not just a zero-sum back-and-forth over who does what first,” said Dimitri de Boer, chief China representative of ClientEarth, a non-governmental organisation focused on environmental law.

It actually is a game changer on a geopolitical level

“By announcing now, instead of waiting for the US election, China gains a lot of friends in Europe and some in the US, too. It actually is a game changer on a geopolitical level,” he said. Until now, many national and multilateral discussions on emissions and climate targets had been put on hold due to the coronavirus pandemic.

But China’s path towards cutting emissions is still unclear. The 40-year timeframe to reach near zero carbon dioxide emissions also leaves open the possibility of delayed action in the short-term, in the hope that technological breakthroughs will deliver rapid gains later, experts warn.

“The devil will be in the details and China should set more specific near-term targets and an earlier peaking date,” said Helen Mountford, vice-president for climate and economics at the World Resources Institute, a non-governmental organisation, in a statement.

Aside from the 2060 goal, Mr Xi also pledged China would hit peak carbon dioxide emissions “before” 2030, but did not specify a year. Its previous goal had been “around” 2030.

Much rides on how China resolves a climate contradiction in its energy sector: it leads the world in producing and installing wind turbines and solar panels but relies on coal for nearly 60 per cent of power production, accounting for about half of its carbon dioxide emissions from fossil-fuels, according to the IAEA.

Despite Mr Xi’s calls for a “revolution” to speed up “green development”, Beijing has this year approved coal fired power plants at the fastest pace since 2015.

At the same time, the government has pledged to end subsidies for new onshore wind installations by 2021 and has halved support for solar power plans this year, a trend that throws into doubt the future pace of adoption.

One important signal of China’s resolve to take immediate action will be the energy targets Beijing sets in its next five-year plan — China’s 14th — due to be released next spring. Policymakers are wrangling over details for the agenda-setting document.

“The big question is whether the 14th five-year plan keeps a cap on coal power capacity at 1,100 gigawatts by 2030 or sets something lower or higher,” said Jorrit Gosens, a researcher on China’s energy transition at Australian National University.

The new plan could also see China’s target of producing 20 per cent of electricity supply from renewable sources by 2030 brought forward, he said.

To meet such ambitious goals, China will need to speed up several climate initiatives, including reforms of power pricing mechanisms to discourage the use of coal and a repeatedly delayed plan to launch a nationwide emissions trading scheme.

“There currently are no strong incentives for grid operators to buy renewables,” said Mr Gosens. “There is going to need to be a pricing mechanism that will make coal fired power much more expensive.”

But the implications of a net-zero goal reach far beyond China’s power sector. The new target will require a radical reshaping of the world’s second-largest economy as it looks for ways to curb, capture or offset emissions for everything from livestock farming to the automotive sector. 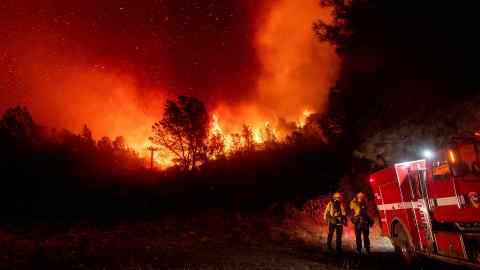 China’s investment in carbon-intensive infrastructure remains high as a portion of gross domestic product compared with many developed countries. It produces half of the world’s steel and nearly 60 per cent of global cement.

As such, Beijing faces an uphill battle to win round local government officials with a costly — and potentially destabilising — shift to clean up the economy in rust-belt regions heavily dependent on polluting industry for growth and employment.

One unanswered question is how to bring about a “just transition” towards carbon neutrality without causing mass upheaval for people’s lives and incomes, said ClientEarth’s Mr de Boer.

“Chinese policy researchers will go to Germany to understand how a just transition worked there. But once you talk about the numbers [in Germany] — about 400,000 people — the Chinese start to laugh,” he said. “They have to do that for millions of people every year.”