Chevron (NYSE: CVX) is one of the largest publicly traded oil companies in the world with a market capitalization of almost $170 billion. Additionally, the company has quickly become one of the best respected oil companies in the world in terms of its abilities to reward shareholders. In fact, the company is now more than 90% of the size of its largest competitor ExxonMobil (NYSE: XOM). 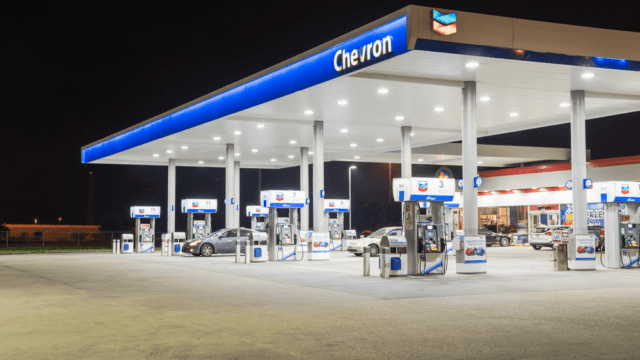 Chevron has responded strongly to COVID-19, seeking to maintain its position as one of the best funded and positioned oil majors.

The company has had <50 confirmed employee cases, a respectable amount given the total number of employees the company has. The company is ramping up its testing capabilities, which would allow employees to return to work, and is investing in new humanitarian efforts. From a people standpoint, the company is continuing to execute its goals while working on its businesses.

Lastly, the company’s supply chain has remained strong. The company has seen no major disruptions to its operations and is continuing to monitor its financial health. The company has been collaborative in engaging with suppliers and that can be expected to continue going forward.

That will support its financial position going forward.

Chevron’s 1Q 2020 results were incredibly strong, given that it was one of the worst COVID-19 related quarters.

Chevron managed to earn $3.6 billion, or an annualized income of more than $7.5 / diluted share. That’s significant given the company’s current price per share of just under $90 / share. The company’s adjusted earnings were actually slightly lower, however, the company’s cash flow remained strong. That cash flow will help to support the company’s operations and it managed to cover its $2.4 dividend.

So far, the company’s dividend of almost 6% remains secure.

The company has a AA credit rating. The capital markets, especially in today’s low interest environment, remain open to new debt from the company. As a result, the company clearly has the financial strength to withstand the downturn.

Chevron has announced its 2020 guidance, which helps to define how the company will get through the worst of the oil crash.

For FY 2020, Chevron is forecasting roughly flat production with 2019. That’s actually impressive given the company’s dramatic supply cuts. Its TCO co-lending obligations are $2.5 billion, a manageable amount, and the company’s Permian Basin production will come in below its forecasts. The company is currently planning for ~$30 / barrel Brent, something that’s actually below current Brent crude prices.

At $30 Brent from 2020-2021, Chevron anticipates earning enough CFFO to fund its dividend, which is significant given that it’s $20 billion during that time period. Additionally, the company plans to borrow ~$20 billion, not bad that it can borrow almost $30 billion and stay below a 25% net debt ratio. For reference, most of the company’s peers have a higher net debt ratio.

Keep in mind that late-2021 is after most experts expect a vaccine to arrive.

That $20 billion in borrowed debt will go to a mix of capital spending with a modest amount of share buybacks. Personally, we’d like to see the company buyback shares or use its cash to make opportunistic acquisitions during this time period. Assuming the company can issue debt at <6%, it can capture the spread versus dividend, while increasing the rewards for shareholders who stay in a recovery.

Overall, the company has the clear ability to generate long-term double digit returns, by taking advantage of the current state of the market. The company could make significant acquisitions of smaller companies going through tough times, midstream companies to improve its margin, or a variety of other opportunistic acquisitions. 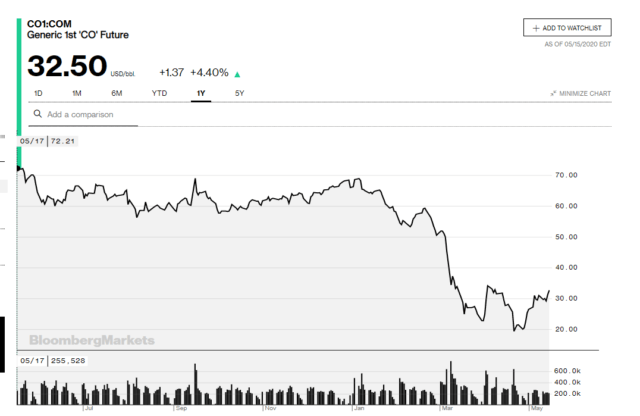 Looking above, in a COVID-19 free world, a stable oil price can be clearly assumed to be roughly $60 / barrel if not higher. At that amount, Chevron’s CFFO would be $40 billion annually. Let’s assume the company needs $20 billion of capital expenditures, its forecast at the start of the year, to maintain production. We’ll be pessimistic and ignore the fact the company was originally planning to increase production for the year.

That would leave $20 billion the company could put to shareholder returns. Given the company’s market capitalization, that’s clear double-digit rewards in a normal environment for those who invest today.

Chevron has really only one major risk worth paying attention to. That’s the risk that oil prices remain lower for longer. As COVID-19 has shown, always expect the unexpected. That’s both in things that can cause prices to spike, like the attack against the Saudi Arabian oil refinery, and things that cause prices to drop, like COVID-19. However, what won’t change throughout this time is Chevron’s financial position.

The company has some of the best assets, best investment opportunities, and best growth potential. At current prices, if markets recover to their previous levels, Chevron will get shareholders who invest today double-digit returns. That’s an opportunity because of how the price has responded to cheap black gold. We recommend investing today.

Chevron has had a difficult time since the start of the oil collapse, pushing the company’s share price down significantly. Despite this significant decline, the company’s assets are continuing to perform well and the company has dropped its spending significantly. That has meant that in 1Q 2020, it managed to earn enough cash flow to cover dividends.

The Energy Forum can help you build and generate high-yield income from a portfolio of quality energy companies. Worldwide energy demand is growing quickly, and you can be a part of this exciting trend.

Click Here for a 2-week free trial, with an unconditional money back guarantee and 47% off of our most popular annual plan! There’s nothing to lose and everything to gain!

Disclosure: I am/we are long CVX. I wrote this article myself, and it expresses my own opinions. I am not receiving compensation for it (other than from Seeking Alpha). I have no business relationship with any company whose stock is mentioned in this article.