The Gold Miners Index (GDX) just exited its best quarter in nearly a decade, and Centerra Gold (OTCPK:CAGDF) was one of the best performers, reporting record margins and a massive increase in free cash flow. Meanwhile, we saw a smooth ramp-up to commercial production at the company’s newest Oksut Mine, with the operation produced 51,000 ounces of gold at below $500/oz. Unfortunately, the exceptional operational performance was overshadowed by the appointment of a Nationalist President in Kyrgyzstan, before a resignation shortly after, where Centerra’s flagship operation resides. Given the added jurisdictional risk to an already less favorable Tier-3 jurisdiction producer, I see Centerra as high risk, despite its compelling valuation. 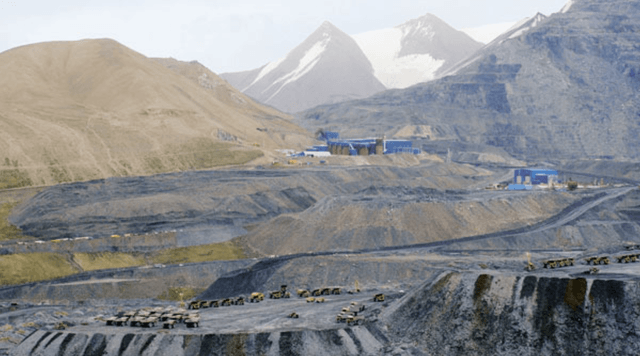 Centerra Gold released its Q3 results last month and reported quarterly gold production of ~241,400 ounces and copper production of ~23.3 million pounds. This was a 17% increase from the same period last year for gold production and a 10% increase in payable copper production. Given that gold (GLD) and copper prices were up significantly from the year-ago period, the company saw a sharp rise in free cash flow and reported revenue growth of 33% year over year. However, the appointment of a Nationalist President in Kyrgyzstan put a damper on the otherwise exceptional quarter, with the already sub-par jurisdiction now looking even uglier going forward. The good news is that Acting President Sadyr Japarov has resigned, but the bad news is that there’s no clarity yet who the country’s new leader will be. Let’s take a closer look at the quarter below:

As shown in the chart above, Centerra had a solid quarter operationally, with the second best year for gold production in nearly two years for the company. Meanwhile, copper production came in at its highest levels in over two years from the company’s Mount Milligan Mine in Canada, and significantly benefited costs with higher copper credits. This has placed the company in a position to beat its FY2020 production guidance of 780,000 gold ounces with over ~651,000 produced year-to-date. This was helped by a smooth ramp up at the company’s newest Oksut Mine in Turkey which enjoyed incredible costs of $416/oz in its first quarter since commercial production began. However, this was slightly offset by lower production from its flagship Kumtor Mine where gold production fell 7% year over year. This was due to significantly lower grades of 3.48 grams per tonne gold vs. 3.78 grams per tonne gold in the year-ago period. It’s worth noting that this still resulted in a strong quarter for free cash flow, with Kumtor generating $157.3 million in free cash flow vs. a minor deficit in the year-ago period.

As touched on earlier, it’s been a tough year for Kumtor, with a tragic fatality earlier this year and a negative election result more recently. The most recent development in the Kyrgyz Republic’s contested election is that Acting President Sadyr Japarov has resigned, and early presidential elections are now scheduled for January 10th of next year. While this is certainly better news than having a National President, it does not help with uncertainty, with over a month to go before we have visibility into how safe Centerra’s Kumtor Mine is. Location wise, the mine is more than 400 kilometers from the area of social unrest following the election, but the mine has had issues in the past. This includes a strategic agreement with the Government of Kyrgyz Republic that consists of a monthly contribution of 0.4% of Kumtor Gold Company’s revenues (Centerra’s Kyrgyz Republic subsidiary), $10 million in one-time contributions, and an annual contribution of $1 million to the Kyrgyz Republic Nature Development Fund. 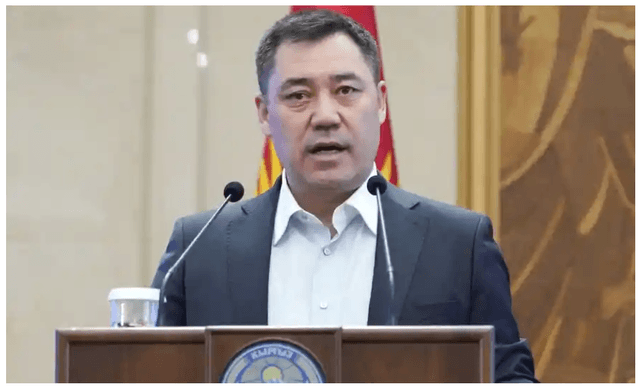 Fortunately, Kumtor can easily afford these contributions with free cash flow of over ~$400 million thus far this year. However, the fact that we don’t have visibility into potential future changes to royalties or payments is not ideal, nor is it ever ideal to have uncertainty related to the next political appointment in a Tier-3 jurisdiction. Therefore, while Oksut and Kumtor both had decent quarters, the market continues to discount Centerra relative to its peers due to its sub-par operating jurisdictions. As shown below, Centerra trades at the highest free cash flow yield of its peers based on FY2021 estimates, despite having some of the lowest all-in sustaining costs in the sector. 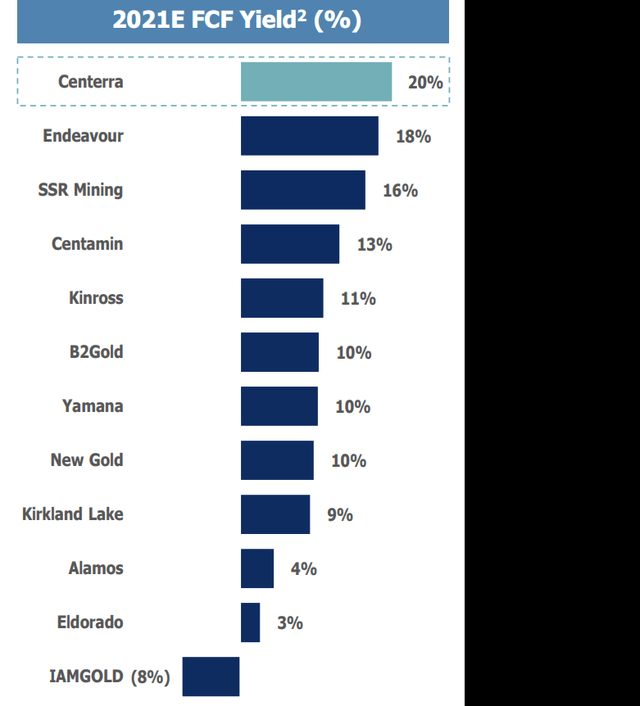 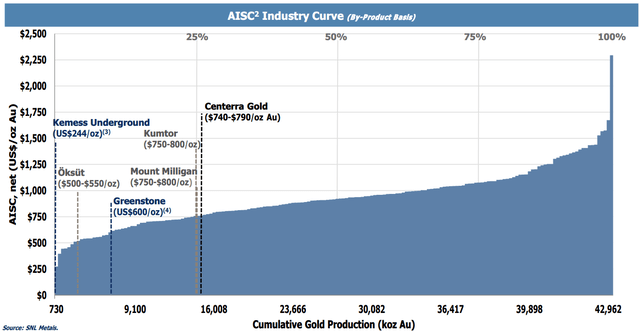 The good news in the quarter is that Mount Milligan performed exceptionally, and this is a Tier-1 asset for Centerra. During Q3, the mine produced ~49,800 ounces of gold and 23.3 million pounds of copper, with a 10% increase in copper production offsetting the 10% decrease in gold production. Given the increased copper credits and much higher realized copper price year-over-year ($2.43/pound vs. $1.89/pound), Centerra benefited from exceptional costs, with by-product all-in sustaining costs coming in at an industry-low level of $165/oz. These are some of the lowest costs in the industry currently, and this helped the mine to double free cash flow, with free cash flow of $63.1 million, up 100% year over year: 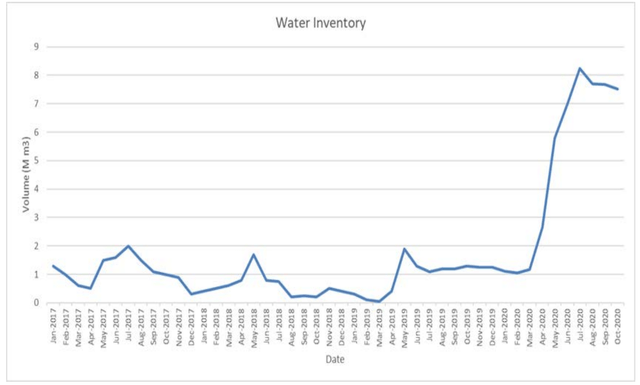 The most notable news for Mount Milligan was increased water inventory, with over 7 million cubic meters of water stored at the end of Q3. This is a massive improvement from the dearth of water storage in FY2019 and low water levels in FY2018, which had the company trimming guidance. Centerra noted that it does not expect any interruptions to operations in the medium term given the significant stored inventory on hand currently, which at least gives us visibility into a strong year ahead for FY2021 for Mount Milligan. Let’s take a look at the company’s financial metrics below:

As shown below, it was an incredible quarter for Centerra’s margins, with all-in sustaining cost margins soaring to $1,278/oz, an increase of over 80% year over year (Q3 2019: $708/oz). This was driven by significantly lower costs of $528/oz due to higher copper credits and lower labor costs, with currencies being a tailwind in the quarter. Of course, the near-record gold price also helped margins, with the company’s average realized gold price soaring to $1,806/oz from $1,374/oz last year. Overall, this is a very impressive trend, with very few miners able to hold a candle to Centerra’s current margins.

If we look at the chart below, we can see that the Canadian dollar, Turkish lira, and Kyrgyz som were all weaker on a year-over-year basis, providing a tailwind for Centerra’s costs with labor costs down. We’ve since seen the Canadian dollar strengthen against the US Dollar (UUP) quite a bit in Q4, so it’s possible that we could see a slight headwind to finish the year. However, with Mount Milligan making up less than one-fourth of Centerra’s total gold production (~119,200 ounces year-to-date of ~651,600 ounces), this shouldn’t be much of a headwind. Besides, copper prices have continued higher in Q4 from $2.90/pound to $3.40/pound, so this should more than offset any increase in labor costs. 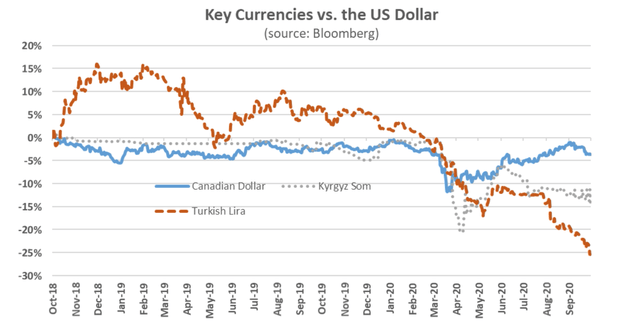 When it comes to free cash flow, there are few trends this gorgeous in the sector, with consolidated free cash flow soaring to a new multi-year high of $281 million in Q3. This was a massive improvement from the $10 million in adjusted free cash flow in the year-ago period and a more than 60% increase sequentially. While this was partially due to lower sustaining capital in the quarter of $80.0 million vs. ~$91.2 million in the year-ago period, this was still an incredible quarter. Year to date, Centerra has generated $527 million in free cash flow [FCF], which has allowed the company to create a war chest of cash with $484 million on the balance sheet and no debt. Based on the company’s market cap of just ~$3.14 billion and enterprise of $2.66 billion, the company is valued at less than 5x trailing twelve-month FCF, a very compelling valuation.

So, why not buy the stock here?

While Centerra has a lot going for it with a rising copper price, improvements in the water situation at Mount Milligan, and an extremely low-cost new mine online, Kumtor is the company’s backbone, producing over 500,000 ounces of gold each year. It’s certainly possible to see a resolution to the current political situation with no ramifications for the operation, but I hate investing in uncertain situations in Tier-3 jurisdictions. Therefore, I see Centerra as high-risk, high-reward, even at the current valuation. This does not preclude the stock from going higher, but I don’t feel comfortable owning companies with most of their output coming from Tier-3 jurisdictions with added uncertainty related to political risk. 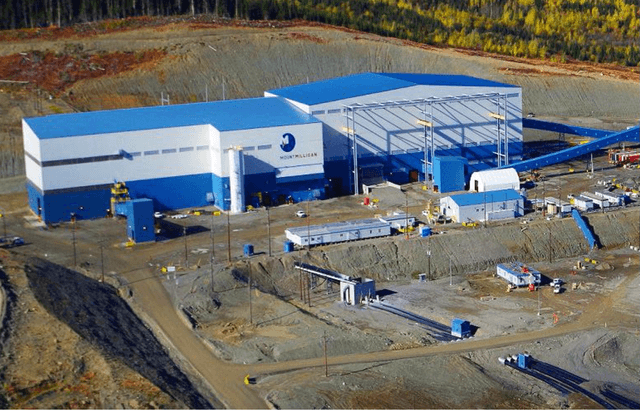 Centerra Gold continues to be one of the cheapest gold producers out there, but recent developments have overshadowed what an outstanding quarter for the company was. Obviously, this could come to pass, and this doesn’t preclude the stock from going higher, but in a sector that already carries significant uncertainty risk, I prefer to avoid miners with the bulk of their operations in Tier-3 jurisdictions. For this reason, I don’t see a compelling entry here for Centerra Gold at US$10.75. While the stock could go higher, I think there is better reward to risk bets in the sector currently, and I prefer to focus on dirt-cheap valuations combined with predominantly Tier-1 operating jurisdictions. Currently, Centerra simply does not meet these requirements.