It’s been a tough few weeks for the gold juniors (GDXJ) as the sector suffered a nearly 20% decline, and many gold juniors have fallen as much as 50% from their August highs. While predominantly bullish coverage across the sector would suggest all juniors are created equal, I would argue the opposite. In fact, I believe only about 10% of the sector is actually worth owning. This is because most juniors either have sub-par projects, their projects are too costly to finance, or the company has diluted so much that they’re near impossible to finance. This article compares valuations across the sector, outlining which juniors should command a premium and which should be discounted for different reasons. 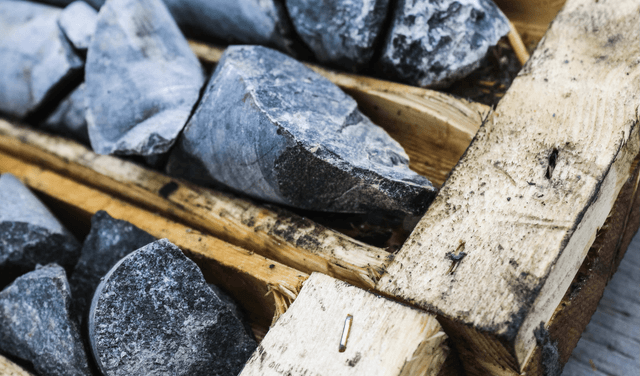 In the junior mining sector, it’s essential to separate the wheat from the chaff, as there are over 200 small-cap gold companies, and fewer than 25 are worthy of investment. The most basic analysis focuses solely on exploration potential, with little attention paid to grades, economics, or jurisdiction. All three of these are essential to smoothly transitioning an encouraging few drill holes into a profitable mine. As Northern Dynasty Minerals (NAK) and International Tower Hill (THM) investors have learned the hard way, a massive resource alone does not always translate to share-price outperformance. 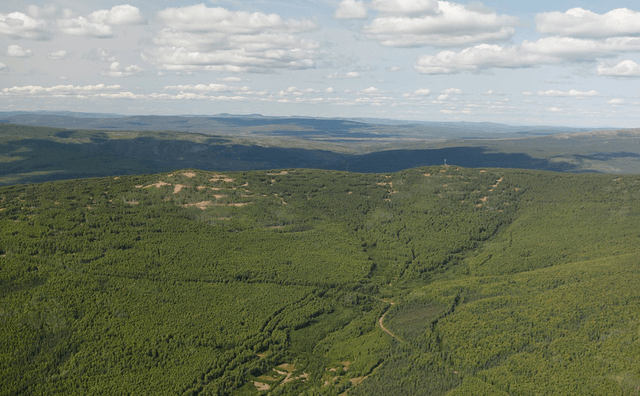 One of the key factors to make this leap from early exploration to mineable potential is a decent sized resource, with the cut-off generally being at least 3.0 million ounces of gold. However, some smaller projects do occasionally become mines. We’ll focus strictly on Canadian projects above 1 million ounces in this analysis, so there’s no need to worry about increased risk from a jurisdiction standpoint.

As the chart above shows, there are 17 projects I currently track with a 1 million-plus ounce resource in Canada, but enterprise values per ounce deviate wildly from $6.91 to $102.35. The scatter plot displays companies ranked by resource size and their enterprise value per ounce, with the three most expensive companies being Osisko Mining (OTCPK:OBNNF), Battle North Gold (OTCQX:BNAUF), and Skeena Resources (OTCQX:SKREF). Meanwhile, the three cheapest companies are Troilus Gold (OTCQB:CHXMF), Falco Resources (OTCPK:FPRGF), and O3 Mining (OTCPK:OQMGF). 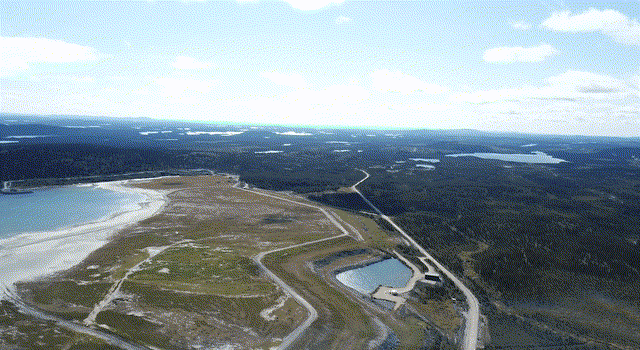 At first glance one might assume that the three most expensive are un-investable, as they trade at more than double the median enterprise value per ounce of $29.81. However, as those that have traded for a few years know, cheap is often cheap for a reason, and the same is true of expensive companies. In Falco Resources’ case, the 9 million-ounce Horne 5 Project is massive, but finding a $802 million capex bill is not easy. Meanwhile, even though Troilus is cheap, it has some of the highest all-in sustaining costs among undeveloped projects at $1,051/oz, and requires nearly $300 million in capex as well. O3 Mining is the one exception which I highlighted 20% lower as the ounces are cheap, but the $189 million in capex is reasonable, meaning it has the best chance of being developed.

On the expensive side, we have two world-class projects, and one that’s got an ugly history. Beginning with Skeena, the company scooped up its Eskay Creek Project in 2018, and has since proven up a resource of 3.99 million GEOs at an average grade of above 4.0 grams per tonne gold. This is an exceptional resource, which justifies most of the current premium vs. the peer median ($85.99/oz vs. $29.28/oz). 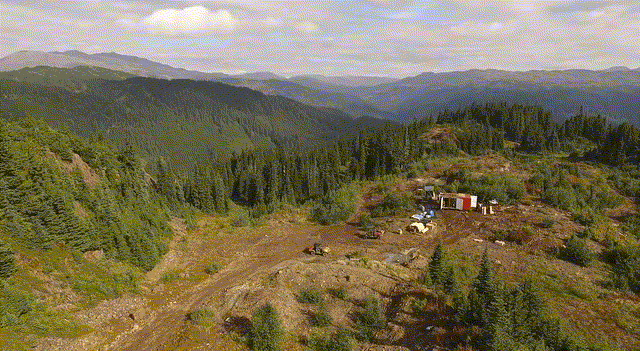 Moving over to Osisko Mining, we have a team of proven mine builders that have turned Windfall Lake from a 2.0~ million-ounce resource into a 5.0~ million-ounce resource, and recent drilling suggests this could get to 7.5 million ounces long term. Given that there are less than 20 gold projects with this endowment worldwide, and less than 10 at these grades, a good chunk of this significant premium is justified.

When it comes to Battle Mountain Gold, the premium is likely due to the Bateman project’s low capex and high grades, but the valuation is harder to justify. Some investors might have a more liberal risk profile, but I prefer not to go anywhere near projects or companies with previous issues. As those who have done their homework know, Battle Mountain changes its name from Rubicon and is working to clean the dust off of the old Phoenix Project, now the Bateman Gold Project. After a rushed progression towards mining in 2015, Rubicon’s shareholders saw $1 billion in market cap evaporate in one of the largest blunders in Canadian mining in the last decade. Obviously, round 2 of trying to mine this project might go off without a hitch, but I’m not eager to go near the stock at this valuation. 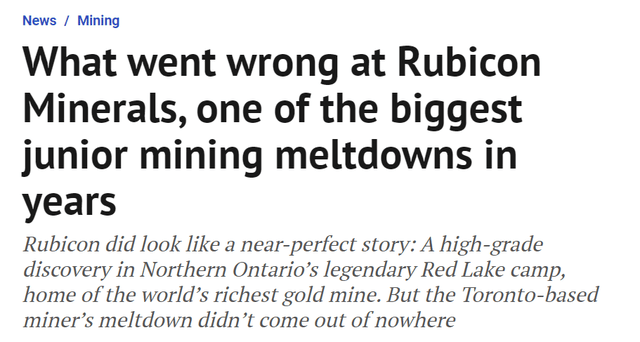 If we dig a little deeper into resource size and economics, we can see which names are in the sweet spot by marrying a few metrics. Three factors that strongly increase the chance of a resource becoming a mine are a 3+ million-ounce resource, a sub $250 million capex, and an After-Tax NPV (5%) to Initial Capex ratio (ATNIC) above 2.10 at a conservative gold price of $1,450/oz. Only three names meet these criteria among 17 gold projects: Marathon Gold (OTCQX:MGDPF), Skeena Resources, and Ascot Resources (OTCQX:AOTVF).

As we can see below, all three companies rank very well relative to peers, with Ascot coming in at 2.56, Marathon at 2.16, and Skeena at an incredible 2.88. While a low ATNIC ratio, which measures a project’s bang for each buck is important, a relatively low capex is just as important. There are a dozen projects worldwide with an After-Tax NPV (5%) above $750 million, but most juniors have difficulty raising over $250 million for construction without enormous dilution or a partner. Therefore, from an investment attractiveness standpoint, Skeena, Marathon, and Ascot are the three Canadian projects that are stand-outs, with two of them making my top-12 takeover targets list. 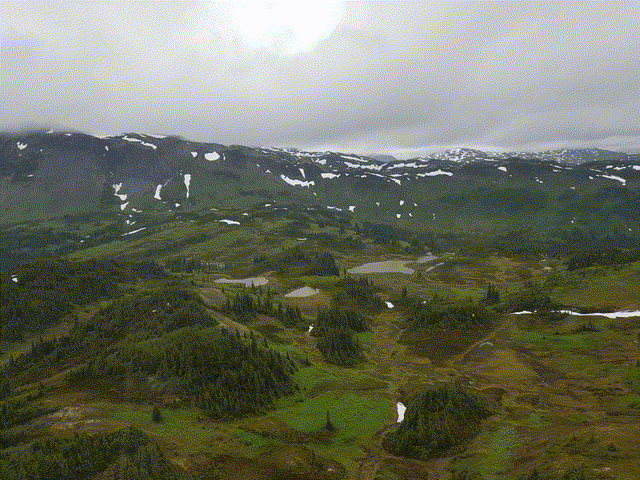 There’s no shortage of bullish coverage on this sector, and many names are thrown out passively in analysis, with zero attention paid to their flaws. For those interested in navigating the industry without being shipwrecked, I see Marathon, Ascot, and Skeena as three names to keep a close eye on if we see violent corrections. While money can be made in the rest of the list and there a couple of other solid names with decent projects, most of the names are unlikely to ever transition to revenue-generating producers, so they are better suited as trading vehicles.

Disclosure: I am/we are long SKREF. I wrote this article myself, and it expresses my own opinions. I am not receiving compensation for it (other than from Seeking Alpha). I have no business relationship with any company whose stock is mentioned in this article.