Can Bitcoin Really Be Banned? 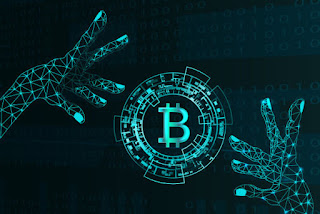 how do you see it possible that the fed could ban bitcoin ? they could certainly ban exchanges but bitcoin operates peer to peer and can be exchanged on the black market. unlike gold there is no physical asset to confiscate and anonymous cryptocurrencies like monero will increasingly become more prominent. in a hyperinflationary or negative interest environment people will use any means necessary to protect their purchasing power.

Well, the government can certainly make it illegal to own, the way they ban lots of things, such as heroin, LSD, cocaine and early-stage FDA drugs in testing.

It doesn’t mean you won’t find some on the black market but it is different than most black market goods that have direct consumption value.

You are going to be extremely limited in where you will be able to use them, certainly, under such conditions retail outfits and other consumer businesses are not going to accept them.

Remember, when gold was illegal in the U.S. there was no black market in the U.S. of any kind for gold bullion. There was a market for numismatic coins but that was it and at that time there was a global market for bullion. The U.S. government is much more powerful these days. If they shut cryptocurrencies down in the U.S., they will make sure the rest of the globe follows.

Finally, when things go on the black market, the markups are massive because of the risks. That’s why you normally see black markets in goods, like drugs, that consumers want desperately. They are willing to pay the markup. I don’t see that happening with Bitcoin and other cryptocurrencies to any significant degree. Why would you pay a huge black market spread to hold an asset that you won’t be able to use other than to liquidate it at the huge spread on the black market?