Campaigns line up their lawyers for a contested US election result

As the 2020 presidential campaign enters its final days, Republicans and Democrats are steeling themselves for the prospect of a messy post-election courtroom struggle.

Though Donald Trump is trailing his Democratic challenger Joe Biden by a significant margin in national polls, he still has paths to victory, including ones that would take him through the courts.

The two big US political parties have set aside tens of millions of dollars this cycle for legal costs in what has thus far been the most litigated US election in modern history. November 3 could bring yet more lawsuits.

“In a close election, especially this close presidential election, whatever side is down is going to try everything they possibly can, which would certainly include court action,” Benjamin Ginsberg, the prominent Republican elections lawyer, told reporters last week.

US elections always see aggressive legal manoeuvring by both sides, but the litigation this cycle has been supercharged by the coronavirus pandemic and a resulting surge in the use of absentee or mail-in ballots to levels that have never been seen before.

Until the results are decreed, and the recount is over, nothing is final

The unprecedented importance of mail-in ballots in 2020 has set the scene for legal wrangling over what votes should be counted or discarded. Signature verification and postmarks showing when the ballot was in the mail are set to be two fiercely contested questions.

Although signature matching will not be an issue in Wisconsin and Pennsylvania, state law prohibits verifying, let alone counting, ballots until election day, raising the possibility of a long and drawn out process if the election is tight.

Republicans and Democrats have assembled large teams of lawyers who have already been going toe-to-toe in the run-up to November 3. The operations have combined white-shoe law firms in Washington along with state election lawyers with local expertise.

“It’s fair to say that everybody who knows this stuff has been engaged,” Joseph Sandler, the former general counsel for the Democratic National Committee, said of the demand for election lawyers this cycle.

He said that much of the preparation for post-election disputes comes down to prosaic questions of procedure and deadlines in key states and counties, which can have sharply differing practices. 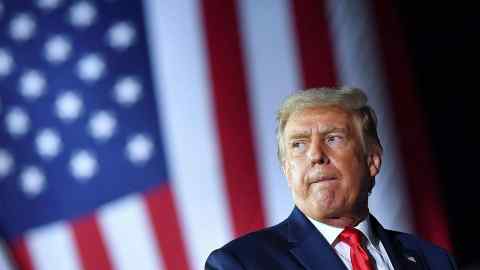 But Mr Sandler pointed to the flood of pre-election litigation as the most important form of preparation, a Sun Tzu-esque strategy of winning the battle before it is fought. “That’s the most important thing, to make it easy for people to vote,” he said.

The Biden campaign has built a “special litigation team” that includes former solicitors-general Donald Verrilli and Walter Dellinger, assisted by “hundreds of lawyers”, according to a campaign official.

A team at the law firm Perkins Coie, led by Marc Elias, has spearheaded the Democratic election litigation this cycle with a focus “state by state on protecting voter access to the polls and a fair and accurate vote count”, the official said.

“We’ve assembled the largest voter protection programme in history to make sure that this election runs smoothly and to prevent Donald Trump from interfering in the democratic process or stirring fear and confusion for his own political ends,” said Matthew Gwin, a Biden campaign spokesman.

Republicans have similarly assembled an army of lawyers that one Republican National Committee official said had been “battle-tested” by the legal fights thus far. The official said the RNC had committed to spending $20m or more on legal costs.

The Trump campaign has looked to Bobby Burchfield, a partner at King & Spalding, in litigation thus far at the Supreme Court, and has employed firms including Jones Day and the boutique Consovoy McCarthy.

“Democrats are working to shred election integrity measures one state at a time, and there’s no question they’ll continue their shenanigans from now to November and beyond,” said Matthew Morgan, the Trump 2020 general counsel. “Republicans are preparing every day for the fight and will be ready on election day and after.”

The significance of any post-election lawsuits will ultimately come down to how close or not the election appears on November 3. The Supreme Court’s 2000 ruling in Bush vs Gore had its origin in the fact the presidential candidates were split by just a few hundred votes in Florida.

But the outsized role of absentee ballots may mean that the true state of the race is not clear for days, giving election lawyers and judges a greater hand in determining the outcome of the election.