With President Trump as well as Housing and Urban Development Secretary Ben Carson in California’s Bay Area on Tuesday, the state’s growing homelessness issue is at the forefront of many minds.

Trump attended a fundraiser at an unknown location, but Carson toured a San Francisco public housing project. As Carson was leaving after his tour, he spoke to the media, reiterating the need for “homeless opportunity zones,” which is a program he proposed to give tax incentives to low-income areas.

All of this is happening just a day after California Gov. Gavin Newsom asked Trump to approve more housing vouchers to combat the state’s homelessness problem. Newsom wrote Trump a letter, saying that “shelter solves sleep, but only housing solves homelessness.” 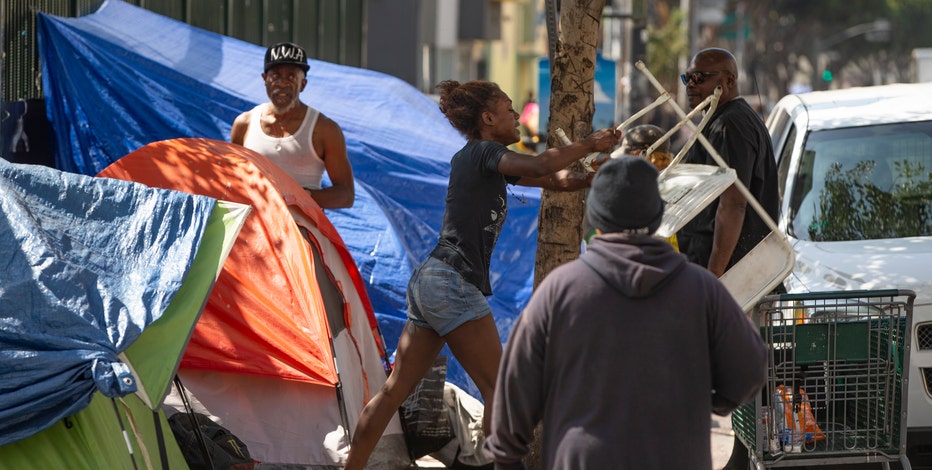 The letter requested Trump not only provide 50,000 more housing vouchers through two existing programs but also to increase the value of the vouchers to coincide with the rising rent costs, saying it could help a large portion of their current homeless population.

California legislators are also asking Trump to create a new program that would pressure landlords to cooperate better with people who have vouchers. 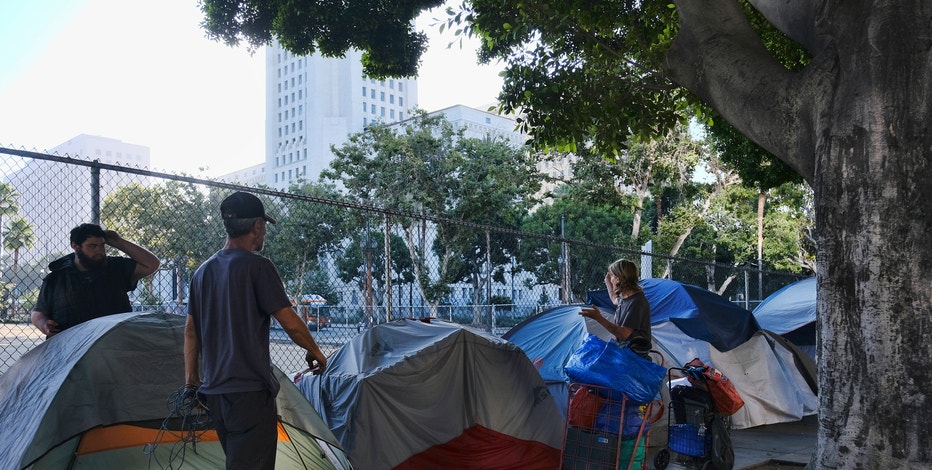 In this July 1, 2019, file photo, homeless people move their belongings from a street along side of Los Angeles City Hall as crews prepared to clean the area. (AP Photo/Richard Vogel, File)

On Tuesday, Airbnb pledged to invest $25 million in order to financially support affordable housing in the Golden State, according to a Los Angeles Times report.

The LA Times said Airbnb’s money would be divided between San Francisco and LA since those are the cities most affected by skyrocketing housing costs and increased homelessness.

Airbnb is not the first organization to throw money at the issue. Google, Microsoft and Facebook‘s Mark Zuckerberg have announced investments of their own to be used to fight the homelessness epidemic.

In July, LA Mayor Eric Garcetti had asked Trump to tour the city’s streets, which he estimates have more than 35,000 people living on them every night.