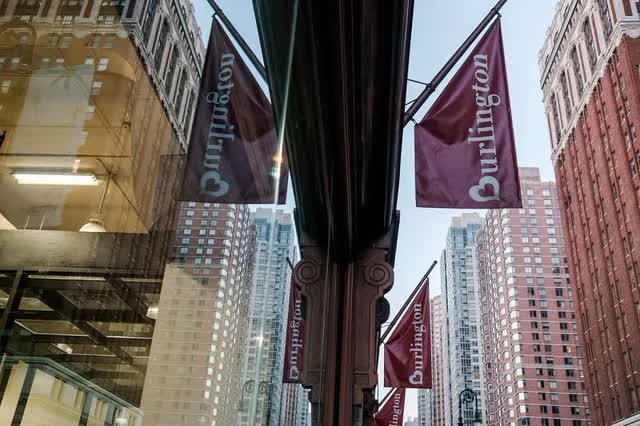 Burlington Stores (BURL) reports quarterly earnings August 27th. Analysts expect revenue of $1.13 billion and EPS of -$1.13. The revenue estimate implies a decline of over 30% Y/Y. Investors should focus on the following key items.

The pandemic has hurt sales of retailers, particularly those that rely on sales through physical locations. Last quarter, Burlington reported a revenue decline of over 50%. The company temporarily closed stores in March to help stem the spread of the coronavirus. The company closed stores from late March through early May. During the earnings call, we should get a better sense of (1) how many stores have been fully reopened and (2) which stores have been reopened, but are not operating at full capacity.

Last quarter, the company experienced pent-up customer demand, despite its sharp fall in revenue. That pent-up demand may have dissipated now that the company’s stores have reopened. In marking down certain of its merchandise, the company may have offered compelling value to consumers. It is unclear if Burlington can avoid heavy discounting or if consumer demand will reach pre-pandemic heights. I believe Burlington and other off-price retailers should succeed amid a heightened recession. Over the long term, consumers could reserve spending to essential items only. This could cause Burlington to have to fight for a share of a rapidly shrinking pie.

The rapid decline in scale caused margins to falter. Gross margin was 2.4%, down from 41.2% in the year earlier period. Gross profit on a dollar basis was $19.3 million, down from $673 million in the prior year period. SG&A expense of $485 million fell 6% Y/Y. SG&A costs fell much less than revenue, which caused EBITDA to free fall. EBITDA was -$466 million or about $620 million less than that of the prior year period.

The EBITDA loss came despite management’s cost containment efforts. The company furloughed associates and cut salaries and other operating costs. I expect more cost take-outs this quarter, which could lead to positive EBITDA and/or improving margins. However, I expect EBITDA to be much less than the prior year period. It could also take several quarters before the Burlington achieves EBITDA margins in the double-digit percentage range that it enjoyed prior to the pandemic.

The outlook for the retail space is still uncertain. Online sales could continue to encroach on sales through physical locations. Secondly, if the economy remains in recession territory the retail sales could turn down for a protracted period of time. Either scenario could be bearish for Burlington.

Retailers must maintain ample liquidity to survive the knock-on effects of the pandemic. Burlington has cash of $1.5 billion and working capital of $894 million. The company raised over $1.0 billion in debt to shore up liquidity while stores were closed. It is paramount that Burlington monetize its working capital while the business slows. That means continuing to sell down its $626 million inventory balance. Inventory was down from $777 million in February, which allowed the company to free up some capital to purchase more up-to-date inventory. Whether Burlington can engage in heavy discounting to continue to pare inventory and drive free cash flow (“FCF”) could drive the narrative this quarter.

Last quarter, cash burn was $335 million versus cash burn of $30 million in the year earlier period. More cash burn could prompt Burlington to raise more debt to fund itself. Currently, the company has a $2.3 billion debt load; the company’s debt-to-last 12 months (“LTM”) EBITDA is currently out of kilter due to last quarter’s EBITDA loss. Once EBITDA becomes more normalized, then it could be easier to measure the company’s long-term credit quality. Nonetheless, its debt load compared to its EBITDA for fiscal year ended February 2020 would have been about 2.8x. This could be considered highly-indebted for a retailer during a recession. That is a long-winded way of saying that the company may not be able to take on too much more debt to fund itself.

BURL is up over 80% off its March lows. It has benefited from the rise in broader markets, yet the company still faces headwinds. BURL remains a sell.