Brussels has launched an overhaul of the EU’s much-criticised migration policy, risking a revival of the internal battles that were first sparked by the arrival of more than 1m people in the bloc in 2015.

The European Commission plan unveiled on Wednesday seeks to return more failed asylum-seekers to their home countries and meet the demands of some northern and central European nations that refuse to accept relocated migrants.

The need for the “migration pact” has become more urgent after fires last month exposed the squalor of Greece’s Moria asylum seeker camp and stoked criticism of what activists say is a bloc-wide “Fortress Europe” approach aimed at keeping people out.

EU diplomats and analysts said the effectiveness of the pact’s central and in some cases familiar ideas would depend on operational details, implementation and member states’ willingness to compromise.

“Moria is a stark reminder that the clock has run out on how long we can live in a house half-built,” said Margaritis Schinas, commission vice-president charged with promoting “Europe’s way of life”. He added: “The pact provides the missing pieces of the puzzle for a comprehensive approach to migration.”

The pact urges a fresh push to repatriate more failed asylum-seekers, a process plagued with difficulties reflected in return rates of just 31.5 per cent last year. Non-EU countries would face the threat of losing European visa rights if they fail to co-operate — or conversely the promise of benefits such as investment if they are helpful.

The plan also offers countries that oppose mandatory relocations of asylum-seekers from the Mediterranean nations where most arrive the chance to provide other kinds of help instead.

The commission would have powers to order compulsory relocation only in the event of an influx of people, a scenario that seems remote. Mediterranean migrant arrivals are down to just over 55,000 so far this year.

EU member state diplomats were on Wednesday closely examining the mechanism the commission proposes to trigger the backstop option, as they assessed how easy it would be to invoke. 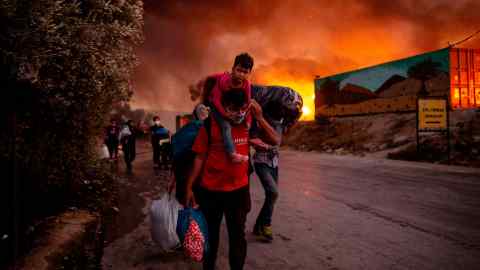 One alternative offered to anti-relocation countries — which include Hungary and Poland — would be for them to take responsibility for arranging returns of failed asylum-seekers from EU countries to their home states.

The process — which could involve migrants being sent to sponsoring nations after a period of time — raises questions about how they would be protected.

Smaller member states also may not have strong diplomatic ties with some countries of origin, making it hard for them to strike deals to send individuals back.

“It will be really key to see how member states deal with these people, what rights they will have — and who will monitor their situation,” said Hanne Beirens, director of the Migration Policy Institute Europe think-tank.

Rights activists have already raised fears that the new pact panders to anti-migration rhetoric and will do too little to deal with allegations of pushbacks of prospective asylum-seekers and violence against them at EU country borders, despite the promise of a new monitoring mechanism.

Another pact proposal cited as a potential concern is for asylum claimants judged as having a low chance of success to be held outside EU territory while their cases are fast-tracked.

“It’s good that the European Commission is trying to bring EU countries together to achieve meaningful change,” said Marissa Ryan, head of Oxfam’s EU office. “However, in its attempt to reach consensus, the commission has bowed to pressure from EU governments whose only objective is to decrease the number of people granted protection in Europe.”