Britain is at risk of losing the benefits of EU trade deals with more than a dozen countries on January 1 as time runs out for it to replace agreements that Brussels has with governments around the world.

The UK’s Department for International Trade said “engagement was ongoing” with 15 countries with which the EU has deals, with only weeks remaining until Britain’s post-Brexit transition period expires at the end of the year.

Liz Truss, international trade secretary, hopes that an agreement can be signed with Canada before Britain falls out of EU trade deals on December 31, and British officials believe there is also an outside chance of getting a deal with Singapore over the line. These agreements would join accords the country has struck with key trading partners including Japan and Switzerland.

But negotiations are also still open with other economies including Mexico, Vietnam and Egypt — three countries whose combined trading relationship with the UK was worth close to £12bn in 2019 for goods alone. If deals with them are not in place by January 1, trading conditions would revert to basic World Trade Organization terms, with higher tariffs on UK imports and exports.

The EU has 44 preferential trade agreements in place with individual states or regional trading blocs, covering 77 countries in total. More are in the pipeline: Brussels is negotiating with Australia and New Zealand and has struck a deal with the South American Mercosur bloc that is awaiting ratification.

They are a subset of the 750 agreements the EU has negotiated with other governments around the world — covering everything from trade to fishing fights and co-operation in handling dangerous nuclear materials. The UK will automatically lose the rights and benefits of these deals when its post-Brexit transition period ends on January 1.

Ms Truss argues that the UK has been highly successful in rolling over the EU trade agreements, effectively copying their terms so they apply to Britain after Brexit; the government says it has signed or agreed in principle trade deals with 52 countries, with those trading relationships cumulatively worth £146bn a year in 2019.

Countries already covered by the new agreements include South Korea, Israel, Iceland, Norway, Morocco, Switzerland and South Africa. Ms Truss also signed a replacement version of the EU’s trade deal with Japan last month, and the government announced on November 3 that an accord had been reached with Kenya.

Of the 15 countries where the UK is still seeking to rollover or replace UK deals, Canada is the biggest, with more than £18bn of bilateral goods trade with the UK in 2019. Justin Trudeau, Canada’s prime minister, said on October 29 that he was “very optimistic” that a rollover deal would be concluded in time.

But in some cases talks have been complicated by the uncertainty surrounding the future relationship negotiations between Britain and the EU.

Britain and Switzerland, for example, have concluded a range of new agreements covering everything from trade to road transport and citizens’ rights. But Bern has warned that it “may prove impossible to completely close the legal gaps in some areas” should the UK and the EU fail to agree to harmonise certain regulations. Potential problem areas include co-ordination of social security arrangements for cross-border workers and customs procedures.

Similarly, talks with Turkey are complicated by the fact that the country is in a customs union with the EU.

Britain has also concluded replacement deals in other areas, for example by signing and ratifying new bilateral agreements on handling nuclear materials with Canada, Australia and the US.

The UK has concluded the replacement agreements needed to ensure continuity of civil nuclear trade following the end of the transition period,” said a UK government official.

The UK’s progress in rolling over deals has been helped by the fact that Britain’s original departure date from the EU was pushed back from March 2019 until January 2020, with a transition period running until the end of this year. 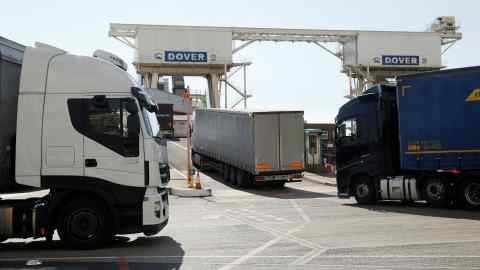 David Henig, a leading expert on post-Brexit trade, said: “They have made good use of the extra 18 months. It’s a decent record but not fantastic.”

Ms Truss said in a recent speech at Chatham House: “It is the government’s ambition to secure free trade agreements with countries covering 80 per cent of UK trade by 2022.”

That would require Britain to conclude a trade deal with the EU by the end of the year, but Ms Truss is also trying to secure agreements with Australia and New Zealand.

Talks with the US on a trade deal have been on hold pending the outcome of the presidential election.