Brazil has suspended final stage trials of a Chinese-made coronavirus vaccine, dealing a blow to Beijing’s efforts to use medical diplomacy in the wake of the pandemic.

Anvisa, Brazil’s national health regulator, said on Monday that a CoronaVac trial of 9,000 people had been halted due to an adverse reaction reported on October 29. The trial was carried out jointly with São Paulo’s Butantan Institute, a biomedical research centre.

No new volunteers would take the vaccine until a study into the risks and benefits of concluding the trial was complete, the agency said, without providing details on the nature of the reaction.

The Butantan Institute said last month that preliminary results for the trial were promising, and CoronaVac is expected to be included in the national immunisation programme of Brazil. More than 160,000 have died from the disease in Latin America’s biggest economy.

The announcement threatens to derail an effort by China to use its vaccines to strengthen ties with diplomatic partners and burnish its credentials as a provider of global public health goods.

It also comes a day after a vaccine by US pharmaceutical company Pfizer and Germany’s BioNTech was found to be more than 90 per cent effective, raising hopes that the drug may be available by the end of the year.

Sinovac said it was confident of the vaccine’s safety, adding that the Butantan Institute believed the incident was unrelated to CoronaVac.

Beijing and its leading vaccine developers have made grand promises to manufacture and deliver vaccines across the developing world, as part of a charm offensive to soothe anger over China’s early mishandling of the outbreak. 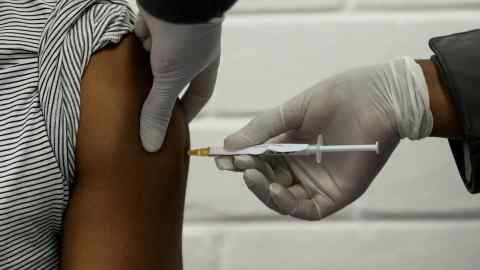 Sinovac, the group that developed the CoronaVac vaccine, has been at the forefront of China’s efforts. Its vaccine uses a chemically inactivated version of the virus to spark an immune response.

The company has been conducting phase 3, or final stage, trials in Brazil, Indonesia and Turkey, following positive results in early stage safety and efficacy clinical trials.

Sinovac, alongside Chinese state-backed pharmaceutical groups Sinopharm and CanSino which are also conducting phase 3 trials of their respective vaccines, has been forced to carry out its final tests overseas because the coronavirus outbreak has been nearly halted within China.

China has been administering experimental vaccines to its own population as part of sweeping “emergency use” efforts ahead of final stage trials, a move that has raised ethics and safety concerns from some international public health experts.