Boris Johnson and the UK government have just set out a new plan to make house building easier than ever before. This should help to tackle the issues faced by the younger generation in England for some time, where sky high house prices have barred people from becoming homeowners. This plan will also benefit the big UK house builders themselves with the likes of Taylor Wimpey (OTCPK:TWODF), Persimmon (OTCPK:PSMMF) and Barratt Developments (OTCPK:BTDPF) benefiting the most as they have done from previous government plans. 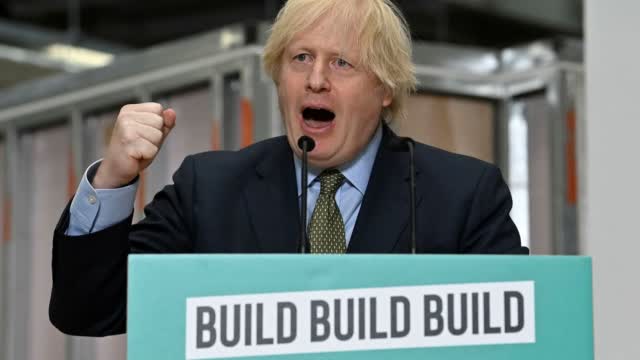 Boris Johnson and the UK government have just set out a new plan to support UK house building which covers three main initiatives. The first is a relaxation of planning restrictions which will make it easier to build homes. One aspect of this is the ability to convert buildings and land on Brownfield sites into new housing. Brownfield sites are those that were previously developed but are no longer in use, these could be former factories, retail or office sites.

The second part of the government plan includes an investment of £12 billion in order to build 180,000 new affordable homes. The final government initiative is the reduction of stamp duty (the tax on house sales) which means that stamp duty falls from 3% to 0% on sales below £500k which will save buyers £15k on a house sale.

This plan is a direct government response to try and help Britain out of the steep recession it is facing in relation to the crisis, through providing a greater amount of jobs in construction. And it makes sense for the government to back house building as nearly all of the inputs are domestically produced. Bricks, cement, labor can all be sourced in the UK generating a multiplier effect in the UK economy more widely for every pound spent on a new house.

I don’t expect this government support to stop anytime soon and I see the government’s new ‘Build Build Build’ plan injecting a new acceleration into UK house builders’ growth over the coming years.

The new government initiatives are the latest in a long list of government support for the house building industry. And over a substantial period the UK government’s schemes have helped to fill the pockets of the major house builders and delivered for their shareholders. All it takes is a look at UK house builder Berkeley Group’s (OTCPK:BKGFY) long term chart to see how successful they have been:

What this means for housebuilders

The real question is, how will this impact housebuilders? I believe there are two main reasons why the UK’s housebuilders have done so well and why they will continue to do so. Firstly, they have managed the supply of building land and the demand for houses to maintain house prices and profits. Secondly the UK housebuilders have lobbied the government well and positioned their industry as a vital part of the UK economy and a key to growth. This has led to the series of government support initiatives which have favored the new build properties of the giant housebuilders.

The act of balancing the supply of available building land with planning permission obtained with the building of new houses has become an art form for the industry. As of 2018 The Big Issue reported that the government wanted to build a million new homes and would have to sacrifice green belt land in order to achieve this:

“A little digging into the latest financial reports of the top 10 housebuilders reveals a very different story. Between them, they have a staggering 632,785 building plots on their books, of which more than half have planning permission. At the same time, these 10 companies reported building a total of just 79,704 homes – which means they have, on average, eight-years’ worth of plots in their land banks at the current rate of construction.”

Small house builders account for around just 10% of the total of new house builds, which displays how the market is completely dominated by the big boys. These large firms have done so well to reduce the supply of new homes and build slowly, which means fewer houses are built comparatively in the UK and prices keep rising. All it takes is a quick look at the FTSE 100 constituents to find a mass of large housebuilders. This has happened since 1961 when the Land Compensation Act gave all uplift on development land to the existing landowners making land development and house building even more expensive and less accessible to small builders.

As house prices have boomed in recent years, driven by low interest rates and readily available mortgages you would expect the UK housebuilders to build more houses but the growth in new build volumes is very slow. In 2019 the three biggest UK housebuilders sold less than three per cent more houses than in 2018.

The companies that I believe are set to benefit most

I believe that the UK’s three biggest housebuilders – Barratt Developments, Persimmon and Taylor Wimpey are set to benefit from this new government support.

Persimmon trades on a P/E of 10x, and has traditionally yielded 9% dividend. The H1 dividend has been suspended but work has restarted on their sites and I expect a strong pick up in H2 2020 and into 2021. The company announced that it would not take any government support during the crisis which looks like a very positive sign for the future. Persimmon has a higher gross margin than its competitors and this contributes both to its strong dividend history and to its higher P/E ratio.

Taylor Wimpey has used the crisis as an opportunity to raise £500m in new equity investment and it is actively targeting new development opportunities. The company trades at a P/E of 7x, has historically made 20p earnings a share and paid dividends of 12p to 15p (6% to 8% yield) over the past three years with comfortable dividend cover. The recent cash raise gives them over £1bn in cash and current assets of over £3bn.

I would expect dividends to remain suspended or reduced in 2020 but look for a strong return in 2021. A housebuilder that is able to pay a dividend in H2 should see a strong positive market response in their share price and I believe the three companies mentioned above are best placed to achieve this.

Looking ahead and considering the risks

While house builders’ dividends are suspended and their shares have fallen through the crisis, I am bullish about the new government plan and I expect the larger housebuilder dominance to remain unchanged. The relaxation of planning restrictions plus diminished demand from a post-COVID, post-Brexit Britain may finally cause house prices to plateau or subside, however I do not believe this fall will be large. Crest Nicholson recently reduced the value of its land banks and work in progress to allow for a 7.5% fall in house prices. But if the major builders continue as they have in managing their land banks then the future will resemble the past; the supply of houses will remain constrained and house prices will most likely remain relatively steady. And the UK new build market will remain largely in the hands of the larger UK house builders.

As well as the effective cartel at the top of the industry, the other key factor for their long term success is the relationship of house builders with the government. The biggest factor of their success in recent years was the government’s ‘Help to Buy’ scheme which offered a 25% government backed low interest loan to first time buyers but only if they purchased a newly built house. This led to new build homes commanding a premium price further aiding the UK housebuilders.

The industry is expert at lobbying for further assistance. The CEO of Berkley had already asked for help back in June in the company’s Final Results:

House Building and construction can play a vital role in the broader economic recovery following COVID-19. This will require government support, similar to that seen following the 2008-09 financial crisis, including: the reversal of the property tax increases seen since 2014, a reduction in the bureaucracy and cost of planning, and direct investment into affordable housing.

With this new announcement his prayers have largely now been answered. The government will aid in removing barriers to building houses in order to provide more accessible housing for many demographics but most prominently young people. The house builders will be kept busy but will retain control of their developments and the speed at which they build them out. Finally the government has not taken the step of permitting local councils to build public housing stock, which once made up 40% of all UK housing. This is because the Conservative government is fundamentally opposed to public housing and is fundamentally in favor of encouraging private house ownership.

Instead the government’s turnaround plan is heavily focused towards the house building sector and the private house builders are being asked to lead Britain to an economic recovery.