Boeing will stop making the 787 Dreamliner in Washington state and consolidate production at its non-unionised plant in South Carolina, dealing a blow to the economy of the US north-west and to the company’s unions.

The move comes after coronavirus crippled the market for widebody aircraft, which are used on the long-haul routes expected to recover slowest from the drop in demand for air travel. Boeing has twice cut production plans for the 787 since the pandemic began.

“As our customers manage through the unprecedented global pandemic, to ensure the long-term success of the 787 programme, we are consolidating 787 production in South Carolina,” said Stan Deal, president and chief executive of Boeing Commercial Airplanes.

Boeing started manufacturing the 787 in Everett in the Puget Sound region of Washington state in 2007 but added a second assembly line in North Charleston, South Carolina in 2010.

This move would signal an allegiance to short-term profits and Wall Street, not quality, safety and a vision for the future of the industry

The division of labour has been a source of tension in Boeing’s workforce, since engineering and machinist unions have been unable to win recognition at the southern US plant, which operates under different labour laws.

“This is disappointing to our members and all Boeing employees in the Puget Sound region,” said Ryan Rule, president of the Society of Professional Engineering Employees in Aerospace, or Speea.

The union has asked for details about which workers will be affected but said it was difficult to know who would feel the impact, given that many engineers and technical employees work on multiple programmes. Boeing has about 72,000 employees in Washington state.

Ray Goforth, Speea executive director, said Boeing was making “a mistake” by walking away from the talented workforce in Washington. Data from the US Bureau of Labor Statistics show that Washington has more aerospace workers than any other state in the country.

Jay Inslee, Washington’s governor, attacked Boeing for “an allegiance to short-term profits and Wall Street, not quality, safety and a vision for the future of the industry”.

In a statement, he said: “Washington state has supported the company with a well-trained workforce, a robust supply line, unparalleled infrastructure, world-class research institutions and the best business climate in America. We have asked the Boeing Company multiple times what it needs to keep 787 production in Washington. We’ve heard nothing back.”

The governor added the move could jeopardise as many as 1,000 Washington jobs.

As the pandemic hit, Boeing cut its 787 production outlook from the 10 aircraft a month it has made until now. Having originally targeted seven a month in 2022, it further reduced its production plan to six a month in 2021. 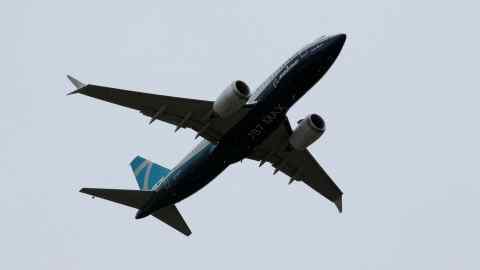 Boeing said in July that it would study the feasibility of consolidating production at a single site. While either plant can make the 787-8 or 787-9 models, only the South Carolina plant is set up to build the larger 787-10. Also, parts of the plane’s fuselage are made in South Carolina that are not made in Washington, and so currently require airlifting across the country for assembly.

The study made clear that “consolidating to a single 787 production location in South Carolina will make us more competitive and efficient, better positioning Boeing to weather these challenging times and win new business”, Mr Deal said.

Boeing will continue to build the smaller 787 models in Washington until the company cuts the rate to six aircraft a month next year.

Mr Deal said Boeing remained committed to Washington state, noting “long-term investments in the Puget Sound region to support our development programmes including the 777X and completing the 737 Max family. These programmes and our people are just as important to the future of our company as the 787.”