AeroAnalysis has been tracking the monthly order inflow for Boeing (NYSE:BA) and Airbus (OTCPK:EADSF) aircraft for a couple of years. For long-term investors, a single month doesn’t mean much. Indeed, a single month does not make a trend, but by closely tracking the order and cancellations activity, we always will be a step earlier in detecting trends and will have detailed insight into customers’ appetite to order and take delivery of aircraft, and we can even track it by type as well as the jet maker’s ability to reach any set sales target. 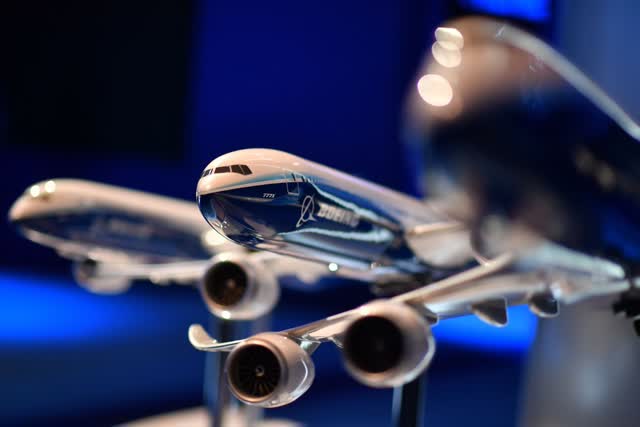 In this report, we will have a look at the orders and deliveries as well as cancellation activity for Boeing during the month of May. While the report seems to be a simple summarizing piece, I spent a considerable amount of time to get all data right and present it in a useful way, including graphics, and we uniquely provide market value estimates contrary to list prices. Subscribers of The Aerospace Forum are given access to a fully interactive infographic built on order and delivery data from Airbus and Boeing but presented in an interactive and more useful way. If you are interested in reading Boeing’s monthly overview for April, you can check it out here.

Note from Author: These are extremely challenging times to cover the aerospace industry as we are dealing with a crisis (COVID-19) on top of another one (Boeing 737 MAX). Since October 2018, we have set up dedicated coverage of the Boeing 737 MAX crisis next to our regular coverage such as monthly order and delivery overviews. With the added complexity of COVID-19, maintaining timely coverage is challenging, and I hope that readers understand that I continue to put all efforts into providing coverage as fast as possible, but given the added workload and not to overflow the system, I have to prioritize certain reports and delay others while also keeping the quality bar at a high level.

In May Boeing booked nine orders while it booked no orders a month earlier. It likely provides a reflection of the chilling state the industry is in now.

Order book changes during May were as follows:

During the month, we saw commercial aircraft order activity solely for the Boeing freighter line up, which is not surprising given Boeing’s strong freighter portfolio, decreased demand for passenger aircraft and increased demand for air freight for the transport of medical supplies. Boeing was able to re-market three aircraft that it previously sold to Volga-Dnepr. Earlier this year, the freight carrier cancelled the order and Boeing started remarketing the aircraft but was sued by Volga-Dnepr as the company wanted to take delivery of the aircraft after all. At that stage, Boeing already had sold the aircraft to a third party.

While it all seems bad for Boeing at this stage, year-over-year gross order inflow increased from zero to nine units. The three- and five-year averages for May are 19 and 38 sales, respectively, so Boeing order inflow was below the moving averages. During the month, Boeing cancellations increased by 18 units primarily for the Boeing 737 MAX valued $1.5B. At this point, taking compensation in the form of canceling orders without any penalty payments and having pre-delivery payments returned makes a lot of sense for all parties involved.

ASC 606 mutations, which generally prelude a contractual cancellation, increased by 80 units, all for the Boeing 737 MAX. When all ASC606 mutations for the year turn into contract terminations, Boeing’s net order tally stands at -602 units. So, we are seeing hundreds of units potentially being shed from the order book.

For 2020, Boeing has yet to provide a guidance, but we do not expect Boeing to provide any guidance.

In May, Boeing delivered four aircraft, a decrease of two units compared to last month:

What we are seeing is the delivery profile of a company that’s facing incredibly big pressure at the moment from COVID-19 predominantly and the Boeing 737 MAX crisis. The impact factory shutdowns had on Boeing are visible. Even with the MAX absent of the delivery volumes last year, we see that deliveries were valued $0.6B this year versus $3.9B last year.

For 2020, there likely aren’t any order targets for Boeing as the Boeing 737 MAX remains grounded, possibly well into late 2020 and due to the COVID-19 impact. Boeing booked nine orders during the month vs. four deliveries, a 2.25 book-to-bill ratio in terms of unit and 1.85 in terms of value. We currently are at a stage where delivery volumes are dented, so book-to-bill ratios, even when they are above 1, are not a true reflection of performance. On top of that, the industry practice of measuring in terms of gross book-to-bill ratios also shows to be insufficient as the gross figures do not capture the impact of cancellations. For the first five months of 2020, Boeing has booked negative orders (more cancellations than order inflow), meaning that the net book-to-bill would be negative as well, not a strong sign.

Normally, expectations for aircraft sales are high with some minor concerns about trade and geopolitics dampening demand. 2020 is a challenging year for Boeing but also for the airline and commercial aerospace industry in general. The return-to-service of the Boeing 737 MAX should have been a milestone for Boeing, but with COVID-19 hitting the industry hard, it remains to be seen whether Boeing can sustain production on any of its commercial programs. The focus has changed from upward pressure on deliveries and a clear growth position, to cancellations and a continued assessment on production levels.

Boeing delivered just four jets in May, which was partially caused by the factory shutdowns. Factories re-opened by the end of April, but we have not seen the increase in output in May that we hoped for. Last month I said I was doubtful about the prospective Boeing 787 rates and in the May delivery mix there was not a single Boeing 787 present.

We’re now seeing the ugly side of the COVID-19 crisis clearly for the second month in a row reflected in the delivery numbers. While I do have the feeling that it can’t get any worse than this, the recovery is going to be an extremely challenging where only freighter deliveries provide some support for the commercial aircraft segment at this stage.