Boeing: Recharged And Ready To Break Out Again (NYSE:BA)

Boeing (BA) has been a hot topic for many investors over the past few months. I’ve heard everything from its going to $0, to its going to $500 and beyond. I like to think I fit somewhere in the middle. There is no doubt the original 75% plunge in March was overdone, but I don’t think we’re about to rocket to $500 any time soon. There are still plenty of headwinds for the company to face, but the short term is looking rather positive in my opinion. The company did not take the bailout from the government, and instead Boeing issued a bond offering of $25 billion.

Boeing reported “robust demand” for its bond offering, which it said “reflects strong support for the long-term strength of Boeing and the aviation industry.”

There are still orders coming in, and the 737 MAX is due to be in the air again by the end of the year. This stock will continue to be heavily news-driven, and I think we’re going to see more positive news over the next year than negative. Because of this, I am bullish on Boeing right now. 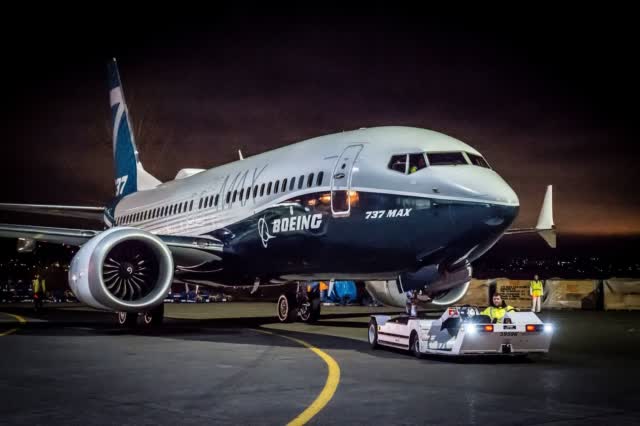 How Is The Order File?

There is no question that Boeing and other plane manufacturers are feeling the pinch from COVID-19. There have been plenty of cancellations, but these really don’t seem to move the stock all that much. The most recent cancellation came from Norwegian Air (OTCPK:NWARF). The cancellation included 97 aircraft, 92 of which were the 737 MAX. One might expect this to crush the stock, and it may have if not for the release of the 737 MAX first test flight. But the stock only fell briefly. This is a good sign that investors were expecting cancellations to roll in as buyers have also been feeling the pinch over the last 6 months. Dhierin Bechai’s article on Boeing Suffers Big Blow does a really good job outlining the deal, and why it isn’t all bad news.

Some of the only planes that are still flying consistently are the mail couriers. This is where Boeing is currently getting its orders from. FedEx (NYSE:FDX) and UPS (NYSE:UPS) both placed orders with Boeing for May. This really shouldn’t be surprising given the current global circumstance. We have seen a lot more cancellations simply due to lack of passenger traffic and an increase in demand in online shopping, thus driving courier companies to need more aircraft in the sky. We will get a clearer picture of what the backlog situation looks like on the next earnings break. But expectations are already low given the current circumstances.

READ ALSO  SE: It's Critical Not to Politicize a Covid Vaccine: J&J CEO

One of the long-standing clouds over the company has been the fate of the 737 MAX. After the two fatal crashes, the airplane was grounded in early 2019 and has been a major drag on both the company and the share price. It was recently announced that the test flights would go underway, and on June 29, the first one took place. The stock ripped up over 10% on the news. The point of these flights was for the FAA to lift the grounding of the 737 MAX. There were two more flights over the last week, with the last one taking place on Thursday, July 2. 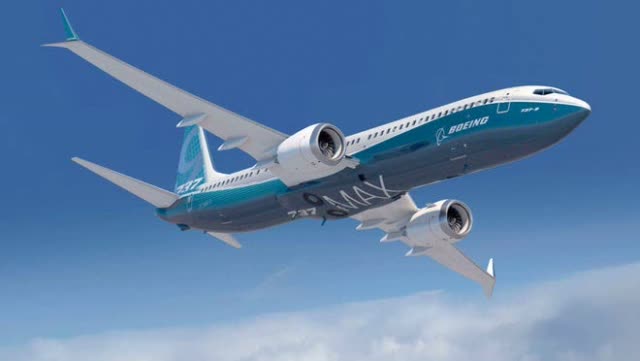 Now that the flights are completed, the next task is getting the planes back in the sky. There are many hurdles to overcome yet, some of the largest being pilot training and restoring faith in the aircraft itself. This extends all the way to the passengers who are climbing on board. Boeing is hoping that the grounding is lifted in September, and the 737 MAX is in the sky again by the end of the year. There are at least 800 737 MAX planes grounded. A large chunk of which was never delivered to the customer. On May 27, it was announced that Boeing had restarted production of the aircraft. This goes to show how confident it is in the plane itself.

I would hope the majority of you reading this article will agree that Boeing is not going anywhere anytime soon. Even if the company did find itself in serious trouble, the government will continue to bail it out. Boeing is here to stay. Betting on the stock going to $0 is silliness in my opinion. No doubt, there is going to be a serious decline in revenue growth as seen below, but just as serious is the rebound that is expected.

It is going to take a couple of years for air traffic to get back to where it was unless the vaccine makes everyone comfortable again, but I doubt that. I guess that makes me bearish? But I do think the market is forward-looking when it comes to this, and is accounting for it in the discount. The key for Boeing is to be able to surprise on earnings on both sides of the coin. That’s where the momentum to get this stock back above $300 consistently is going to come from. We have a long way to go yet.

Since I last wrote on Boeing and the things it was doing right, the stock rose as much as 87% but sits up 47% from today. This stock has been one that I have traded several times since the initial collapse. I’ve done my best to disclose all of that as I write articles on the company. I most recently bought the stock at $139.84 on May 21 and got stopped out on June 10 for a cool 60% return. Believe it or not, I am considering tempting fate once again.

Taking a look at the technicals, we can see another triangle forming here. I’m not sure we will see the same liftoff that we did on the first one, but there is no reason a move from here can’t push it closer to the 200-day moving average which is about 26% from current levels. This is where the next point of heavy resistance is at this time. The same theory applies as the previous triangle. I will not go long until I see a clean break. This could go either way, especially with the news that seems to be coming out non-stop.

Looking below, we can see just how close we are to that 200-day moving average. We can also see where current support is sitting. This has been both support and resistance. Anytime we have seen a move through, it has been a very strong one. This does not have multi-year support but still appears to be a level that is holding for now. This is where I would be putting a stop if you were going to go long today.

If you are looking for further support, take a look at the 200-hour moving average. This is one that has shaped the stock fairly well and has kept pushing the stock down over the last year. This until very recently where we saw the breakthrough and instant re-test. These are all bullish signals. Not to mention the dip below at the end of June before gapping 6% back up above it. The stock has held this level steady since as it prepares for the next move.

As you can see, there are obvious headwinds still facing Boeing, but I believe most of them are priced in. The shocks to the stock price will continue to be negative news. But I believe there will be more positive news coming out of Boeing over the next year, and that will drive the stock price higher. In the short term, it looks like Boeing is charged up and ready to run from a technical perspective. All in all, not a bad bet on a recovery. Stay safe out there!

Disclosure: I/we have no positions in any stocks mentioned, but may initiate a long position in BA over the next 72 hours. I wrote this article myself, and it expresses my own opinions. I am not receiving compensation for it (other than from Seeking Alpha). I have no business relationship with any company whose stock is mentioned in this article.