For Boeing (BA), things have gone from bad to worse. The company has been dealing with the Boeing 737 MAX crisis and while that crisis is slowly being resolved, or at least it looks like that, the pandemic completely dried near-term demand for new aircraft. Boeing, however, had one of its scarce wins not too long ago as it bagged a very big contract from the US Air Force. In this report, we have a look at why this is an important win for Boeing and why this shouldn’t be considered a free gift for Boeing to keep the company afloat while procuring an inferior product. 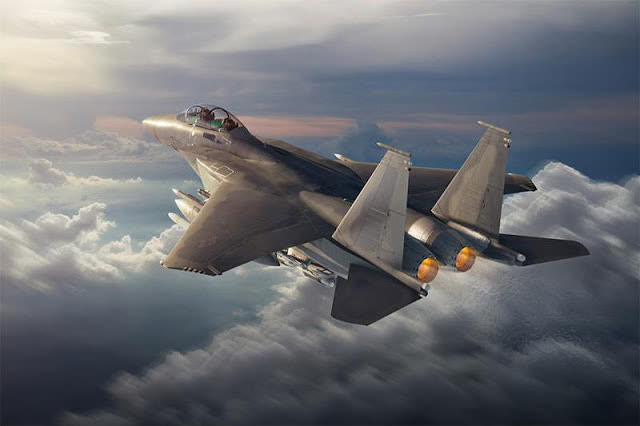 On the 13th of July, Boeing was awarded a nearly $1.2 billion contract for its first lot of eight F-15EX fighter aircraft. The contract, awarded to Boeing, provides for the design, development, integration, manufacturing, test, verification, certification, delivery, sustainment and modification of F-15EX aircraft, including spares, support equipment, training materials, technical data and technical support. You can’t say that these aircraft cost around $150 million each as it also covers a lot of other components, most notably the entire design process.

The ceiling of the contract was put at $22.9B and the potential number of sales to the US Air Force is 144 units and with 76 purchases planned for a five-year-window. Boeing intends to sell the aircraft for $80 million each. A quick calculation shows us that would mean $11.5B, but obviously there also are associated support and services. All with all, I believe this is a franchise that could generate billions in profit and cash to Boeing. With that in mind, this is an extremely important win for Boeing.

Role of the Trump Administration

In the comment section of one of my recent reports it was mentioned that President Trump is keeping Boeing afloat by handing them contracts for aircraft nobody needs. In this report, I want to debunk that myth. Obviously countries but also presidential candidates have a certain view on defense spending and President Trump’s view is that those budgets should help grow and modernize defense equipment. You can agree with that or disagree, I leave that to you. But the recent contract award comes for a replacement need from the US Air Force as 200+ F-15 Eagles (C and D variants) are aging. The C/D-variant was produced between 1979-1985 which means that in the best case, at present, these fighter jets are 35 years old, and 41 years old in the worst case. So, assuming there’s need for a replacement, and I think there is, this is not the Trump Administration handing Boeing a free lifeline. There simply is a need to replace aging fighter jets and the F-15EX contracts provides in that need.

So, with or without Boeing needing money, the need for a replacement is there. It’s even true that a replacement of the aging F-15C was discussed two years ago between Boeing and USAF and at that time it didn’t really look like Boeing would be in dire need for cash. There was no Boeing 737 MAX crisis and there was no pandemic eroding demand for commercial aircraft. The F-15EX talks have been rolling since 2018 and that simply has resulted in a contract award for Boeing.

Old-tech and new-tech and the F-15 role

One thing that was brought up as well is that the F-15EX is not state-of-the-art technology, and therefore, it’s not the best solution. I think that point is not completely valid either. There are a couple of reasons for that. The first reason is that the need to replace the F-15C/D exists now and in the upcoming years, and truly, there’s no other platform that can provide a replacement to the F-15C/D. The F-22 should have served as a F-15 replacement at some point but was deemed irrelevant years ago on the world being relatively stable and the F-22 being costly while the F-35 capabilities were coming around the corner as well. The F-22 simply couldn’t become an F-15 replacement because it was defunded early on. That would leave the F-35 as the sole alternative, which brings a set of eyes and hooks itself. The first problem is that the F-15C replacement is required within years and Lockheed Martin (LMT) won’t have the production capacity to meet that demand. On unit costs, these fighter jets don’t differ a lot both costing around $80 million. The problem, however, is that the operating costs for the F-35 are higher. The F-35 costs around $35,000 per hour to operate with no clear path ahead to reduce that cost while the F-15EX would sit around 80% of the F-35 operating costs. So that really puts the F-15EX in an advantageous spot.

READ ALSO  Cisco Systems: One Of The Few Bargains In The Tech Sector (NASDAQ:CSCO)

To that we can add role and commonality. The role the current F-15C jets fulfill make the F-35, a stealth fighter, an overkill. For homeland defense and some other missions you simply don’t require stealth capability. So, if you perform F-15C missions with the F-35, you are flying an over-capable aircraft and are paying the price for that in terms of operating costs. Additionally, the F-15EX while it makes use of Open Mission Systems architecture which allows rapid insertion of the latest aircraft technologies and uses fly-by-wire flight controls, a new electronic warfare system, advanced cockpit systems, and the latest mission systems and software capabilities available for legacy F-15s, the part commonality is still 70% while transition support and crews would be a matter of months for a F-15C/F-15EX transition while it could take years for a F-15C/F-35 transition. That wouldn’t do the readiness for homeland defense missions any good. Apart from that, the F-15EX has the capability to carry a lot of weapons including hypersonic weapons. So, it has strong payload carrying capability and a more desirable combat range.

On price point, alternatives, commonality, readiness and production capacity, the F-15EX seems the better option. That’s not to say that the F-15EX is better but the full picture simply favors the F-15EX.

What of course also plays a role is that keeping a healthy degree of competition helps the DoD (Department of Defense) keeping costs down. Lockheed Martin already has the go-to platform in the form of the F-35, granting them replacement contracts (disregarding the stealth fighter being overly capable for the F-15C mission point or simply being in another mission field) would make it hard for other players such as Boeing to play a meaningful role in the fighter jet business, which would in the longer term weaken the business and subsequently innovation, price point reductions and options for the Department of Defense. So, keeping that competition alive is of essence.

Especially now, it’s of importance to keep that core competence alive. Super Hornet sales are not going to last forever and actually is uncertain at this point and service life extension programs only does so much for innovation and designing. Even the advanced trainer jet award Boeing won a couple of years might not be sufficient as that essentially keeps the production of fighter-like jets intact, but doesn’t let engineers and production innovate in the area of system and weapon integration.

The F-15EX contract award is big to Boeing. The company really could use a solid win in the field after losing out on some contracts it hoped to win previously and uncertainty on the Super Hornet future. So, this contract award conserves production and design know-how for Boeing, allowing for future competition on price and capability point. Important to realize is that saying that Boeing was thrown this contract in the lap by the Trump administration because it is going to a self-inflicted rough time is not accurate. Talks on a F-15C/D refresh have been ongoing for years, and considering all pros and cons on timeline, mission readiness, operating costs it can be concluded that there’s a lack of truly suitable alternatives and the F-15EX though not state-of-the-art is the best option. Sometimes, you simply don’t need the most advanced machine to perform the mission and for Boeing that means they have won a potential $23B contract.