It will be one of Sydney’s tallest residential buildings with sweeping views of the world-famous harbour and opera house. It hosts a luxury hotel and a VIP casino — and the penthouse can be yours for just A$100m (about $71.5m).

This is the marketing pitch for Crown Sydney, the A$2.2bn development from Crown Resorts that is due to open this year in the middle of a global pandemic and the worst economic crash in almost a century.

James Packer, an Australian billionaire and the largest shareholder in Crown, hired a gaggle of former MPs as lobbyists and fought a legal battle to overcome strong public opposition to the construction of the glass-clad tower, which he claims will give “back the spark” to the city where he was born.

But the 275 metre-high building, which twists skyward in a petal-like formation over Sydney Harbour, continues to divide Australia’s largest city, with critics contemptuously dubbing it “Packer’s pecker” and supporters lauding it as an attractive addition to the cityscape.

“Not only did the Residences stand out for exceptional quality, we also love the panoramic views and iconic form of the building,” said Trevor Rowe, a veteran investment banker and senior adviser to Rothschild & Co Australia, when he announced he had bought an apartment last month. Crown’s shareholders include Blackstone, the US private equity group that bought a 10 per cent stake in the casino operator in April for A$551m.

Now, as construction workers apply the final touches to Crown Sydney, the company faces the task of selling 82 luxury apartments and attracting guests to a 349-room six-star hotel and casino at a time when international borders are closed and Sydney’s city centre resembles a ghost town.

The challenges mirror those faced by developers in New York, London and elsewhere as Covid-19 causes many people to question inner city living due to the rise of remote working and fears of contagion.

But Crown faces the additional hurdle of attracting high roller Chinese gamblers to its resort when Sino-Australian relations are at all-time lows. The company is also being grilled in a public inquiry over allegations of money laundering at its casinos.

“The company is well capitalised and we are supportive of still getting the project up and running,” says Todd Nisbet, vice-president strategy and development at Crown, when asked about the pandemic’s impact on Crown Sydney. It “gives us time to kind of have an introduction to the local domestic market”, he added.

Crown said it had already sold apartments worth A$650m, including two entire floors for a super-luxury pad that Mr Packer bought for A$60m. But it still needed to shift a substantial amount of real estate, including the A$100m penthouse, as well as fill the hotel and casino, to turn a profit. It is a challenge some commentators warn may force a strategic rethink.

“Crown Sydney could become a white elephant if it maintains its focus on attracting high roller Asian gamblers,” said Mike Harris, an urban architecture expert at University of New South Wales, who has researched the project over several years.

He said Crown could wait for a market recovery or it could seek permission to expand Crown Sydney’s casino operations to include gaming machines or convert part of the hotel into apartments.

Crown’s licence bans it from installing poker machines, a key earner at its other Australian casinos, forcing it to rely on VIP gamblers, mainly from China, to drive revenues.

Mr Nisbet denied any plans to change the original proposal. Crown overcame stiff resistance from anti-gambling campaigners, local residents and some politicians to secure a licence to operate a second Sydney casino.

“The approved tower dominates the city skyline, restricts view corridors and overshadows public spaces. This remains an outrageous betrayal of the community’s trust in putting private profit ahead of the public interest,” she said.

Crown was under pressure even before the pandemic, with turnover from high rollers at its other Australian casinos falling by a third in the second half of 2019. This followed media reports linking its casinos to money-laundering and Chinese junket operators with connections to organised crime. 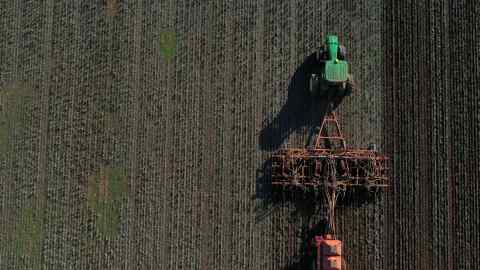 The company denied the allegations and took out full-page newspaper advertisements last year, claiming it was the victim of “a deceitful campaign against the company”. But Crown executives appearing at the inquiry have struggled to explain why the company did not do more to vet junket partners and tour companies organising trips for VIP gamblers, despite previous warnings of their links with organised crime.

The inquiry by the New South Wales Independent Liquor and Gaming Authority is considering whether Crown Sydney should retain its casino licence in light of the allegations.

Mr Nisbet said he could not comment on the inquiry but insisted it had not affected demand for Crown Sydney or people wanting to dine or stay at its other hotels. He said the project, which included 14 bars and restaurants, would benefit from “pent-up” tourism demand when the pandemic was eventually controlled. Crown Sydney’s launch party is set for December.

As Mr Packer, who stood down from the Crown board due to health concerns in 2018, told his biographer last year: “I have all my eggs in Crown now. If I don’t finish Sydney, that will be the end of me.”