The UK competition regulator will tell the government that tech giants such as Google and Facebook should be forced to adhere to bespoke codes of conduct to stop them abusing market power.

The Competition and Markets Authority is set to publish a landmark set of policy recommendations in the coming weeks to shape a new competition regime for big tech, including the launch of a digital watchdog announced last week by government.

According to several individuals close to the discussions, the CMA’s digital policy unit will say tech giants designated as having “strategic market status” should adhere to tailored codes of conduct relating to sectors in which they are dominant as well as “adjacent markets”.

One of those individuals said the code would cover the unfair leveraging of market power in connected markets, rather than governing all activities of a tech company or preventing it from entering new sectors.

The watchdog’s proposals come as the European Commission hands down its own draft legislation on the regulation of big tech. The closely watched Digital Services Act is expected to include “asymmetric measures” in which large internet companies will be subject to heavier regulation than smaller rivals. Separately, the act will also contain a “blacklist” of provisions that would outlaw certain behaviour.

Competition lawyers said the UK’s approach could be seen as less draconian than the EU’s due to its tailoring of rules for different companies rather than providing such a list of banned activities.

However the CMA’s proposal has triggered concern in the UK government about regulatory over-reach, according to two people close to the discussions.

Officials in the Department of Business, Energy and Industrial Strategy are arguing that application of the rules should be restricted to activities in which companies are dominant. 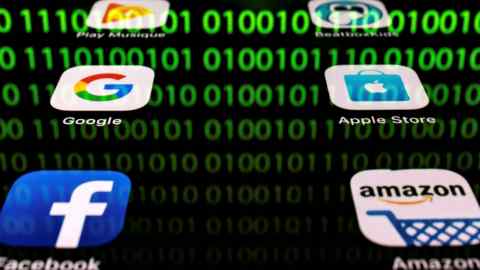 Ministers have not yet become involved in the debate and are waiting to read the finalised report. A government spokesperson said: “We are committed to making the UK the best place in the world to start and grow a business, while ensuring consumers get the best deal: a strong competition regime is a key part of that.”

The regulator’s highly anticipated paper will also outline a method for determining which Silicon Valley companies should be designated as having “strategic market status”, and be subject to rules. According to individuals close to the agency, one test is likely to contain a turnover-based threshold that would eliminate the majority of UK technology platforms.

“The vast majority of companies would know they’re not in the [line of fire],” said an individual with knowledge of the proposals.

Other parts of the CMA paper are expected to deal with a potential merger regime for big tech to reduce the chance of so-called “killer acquisitions”, where large companies buy up small, innovative ones in order to get rid of competition.

One annexe will also focus on pro-competition interventions designed to limit the potential dominance of technology companies. Those interventions are designed to go hand-in-hand with a code of conduct, and could in the future include the mandatory sharing of data with third parties and setting up of “data silos” within large companies, both of which the CMA has already recommended.

One of the individuals close to the paper said the focus was on establishing the regime, however, rather than coming up with specific interventions.