Beyond Meat: Don’t Buy This Stock At Peak Prices (NASDAQ:BYND)

Beyond Meat (BYND), the maker of plant-based meats that has become one of the latest fads in gastronomy, has enjoyed a surprisingly strong year so far in the markets. Despite the fact that restaurant sales, which make up a good chunk of Beyond Meat’s revenues, are under pressure due to the pandemic, Beyond Meat has managed to drive a >2x lift in its share price this year.

Even more surprising yet: the September selloff that has hit tech stocks and other richly-valued YTD winners has seemingly not impacted Beyond Meat. Im fact, Beyond Meat is actually one of the few stocks that is up to the tune of ~15% in September while the S&P 500 has peeled back ~7% (and for momentum stocks, the decline has been much steeper):

Recent enthusiasm for Beyond Meat shares, which are trading near all-time highs, is based on a confluence of factors:

This means that Beyond Meat is trading at 60x FY25 EPS. So in other words, not only is Beyond Meat priced for absolute perfection, but even in five years’ time if it executes perfectly and its stock price doesn’t move from current levels, the stock would still be expensive.

READ ALSO  Bitcoin Miners In Iran Have A New Buyer: The Central Bank

I view Beyond Meat as a momentum stock that has benefited from its name-brand recognition and greater participation by retail investors this year. However, if market sentiment shifts against momentum stocks, I think the narrative will shift to the risks in this story: namely, the slower recovery of the restaurant channel in the near term, widespread concerns that Beyond Meat products are actually unhealthy due to their sodium content, as well as longer-term competition from the likes of Impossible Foods.

Let’s now dig into Beyond Meat’s latest quarterly results in greater detail, which I view as a mixed bag of good and bad news. Take a look at the earnings summary below: 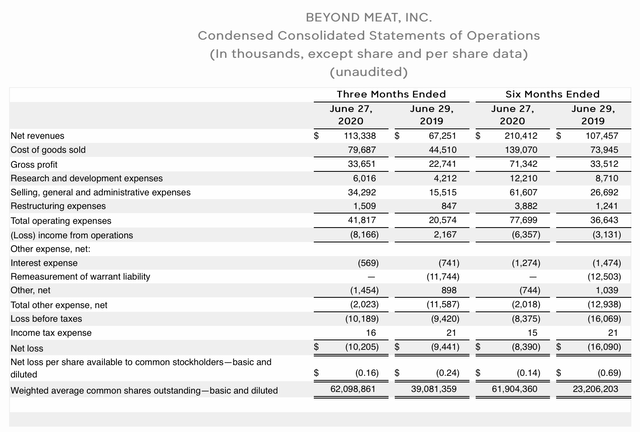 Figure 3. Beyond Meat revenue by channel

Some additional metrics to highlight Beyond Meat’s success at expanding the retail channel. The company noted that its household penetration has “more than doubled” relative to 2% from last June, while the company’s products are now present across 8,000 points of sale – a 16% sequential increase from Q1. Beyond Meat’s surge in retail/grocery sales has certainly helped to offset restaurant losses, but not by enough to put Beyond Meat back to its pre-pandemic pace of growth. Note as well that consensus estimates are calling for Beyond Meat’s revenue growth to slow further to 43% y/y in Q3 – indicating that in spite of new product introductions plus the launch of its DTC online channel, Beyond Meat won’t be able to mitigate this slowdown.

Beyond Meat noted that it doesn’t expect a full recovery of the foodservice channel by year end (and given the “second wave” rise in cases since Beyond Meat reported results in August, this timeline may even push out further). Per CEO Ethan Brown’s prepared remarks on the Q2 earnings call:

To sum up on foodservice, as expected, we felt the negative impact of COVID-19 in our sales and customers as so many dealt with closures and/or significant complexity and deterioration of business.

However, as noted, we are also seeing some positive signs that bode well for post-COVID resumption of our growth in this critically important channel. We see no fundamental issues related to our foodservice business itself or our strategy that would preclude us from returning to a strong growth trajectory when some level of normalcy returns.

For the remainder of the year, however, we do anticipate that U.S. foodservice demand will remain soft relative to a year ago, given the return of high rates of COVID-19 infections across many parts of our country, including here in Los Angeles.”

Margins were a mixed story as well this quarter. On an as-reported basis, Blue Apron’s gross margins fell to 29.7%, down 410bps from the year-ago quarter. However, when you consider the fact that 520bps were lost due to repackaging (when Blue Apron realized restaurant demand was down, it had to repurpose restaurant units for the grocery channel), the company achieved a 110bps increase in gross margin.

Similarly, Beyond Meat managed growth in adjusted EBITDA – but only when adding back expenses that Beyond Meat categories as non-recurring, coronavirus-related costs.

Beyond Meat identified $7.5 million of such costs, comprising of $5.9 million in repackaging costs (the same addback to gross margin) and $1.6 million in pandemic relief-relate donations. After adding back these costs, Beyond Meat managed to retain a flat ~10.3% adjusted EBITDA margin from last year.

Beyond Meat is, to say the least, incredibly optimistically valued. In the near term, there’s a big question mark over when restaurant revenue will recover (analysts including J.P. Morgan have indicated that even when restaurants reopen, they may hesitate to add plant-based products and overcomplicate their menus and supply chains); in the longer term, there’s uncertainty over whether plant-based meats are a passing fad and whether either heightened competition or sodium-related health concerns will dampen Beyond Meat’s sales. Be careful here.

For a live pulse of how tech stock valuations are moving, as well as exclusive in-depth ideas and direct access to Gary Alexander, consider subscribing to the Daily Tech Download. For as low as $17/month, you’ll get valuation comps updated daily and access to top focus list calls. This newly launched service is offering 30% off for the first 100 subscribers.