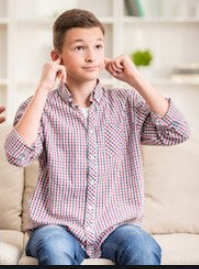 A Don Boudreaux letter to the Law & Liberty site:

Mark Pulliam’s “What Really Threatens American Labor” is filled with factual fallacies and analytical confusions. Here’s just one example: “The biggest threat to middle-class wage-earners is forcing them to compete against vast numbers of low-paid, unskilled immigrants.”

In reality, middle-class wage earners do not generally “compete against” low-paid, unskilled immigrants. Those who doubt the truth of my claim should replace, in the previous sentence, the word “immigrants” with “teenagers.” If unskilled immigrants were truly a “threat” to middle-class wage earners, then also a threat to these wage earners would be teenagers who enter the job market. Teenagers, after all, are manifestly unskilled. Yet there’s no evidence that the on-going entry into the job market of teenagers depresses middle-class workers’ wages or otherwise ‘threatens’ their livelihoods. (And note: the number of Americans who each year turn 16 and, thus, become eligible to enter the labor force is over 4 million – a number much larger than the approximately one million legal immigrants of all ages, and estimated half-million illegal immigrants of all ages, who each year enter the U.S.*)

And so machinists, plumbers, nurses, accountants, office managers, web designers, and other middle-class – that is, skilled – workers no more “compete against” unskilled immigrants for work than they compete against native-born 16-year-olds for work. Indeed, there’s evidence that immigrants complement, rather than substitute for, middle-class wage earners. Economists Gaetano Basso and Giovanni Peri looked at all 722 continental U.S. commuting zones that form local labor markets. They found (quoting Peri) “a correlation between changes in immigrants as a share of the workforce and the percentage change of wages for noncollege- and college-educated workers for the 1970 to 2010 period. The correlation is positive and significant in both cases, which demonstrates that larger inflows of immigrants are somewhat associated with higher wages.”

It’s disappointing to read at Law & Liberty an essay filled with such poor economic analysis, of which the bit mentioned above is only a sample.