The Australian government said on Tuesday that Cheng Lei, who works for China Global Television Network as a television anchor, was detained on August 14 and was receiving consular support from the embassy.

Ms Cheng’s arrest has raised concerns in Canberra that Beijing was deliberately targeting Australian citizens in a form of “hostage diplomacy”.

The journalist is the second high profile Australian citizen detained by Chinese authorities. In 2019, Yang Hengjun, a writer, was arrested and charged with espionage. If found guilty, he could face the death penalty.

In China, due process will be observed and we look forward to a satisfactory and timely conclusion to the matter

Access was provided to Ms Cheng via video link last week, according to Canberra. The Chinese government has yet to comment on Ms Cheng’s case and it is unclear what, if any, crime she is suspected of committing. China’s criminal law gives law enforcement significant leeway to detain suspects for months before charging them.

“Her family has issued a statement, as you would have seen, in which they acknowledged the process and asked people to respect the privacy and refrain from comment,” said Simon Birmingham, Australia’s trade minister.

“And we will continue, though, to work as best we can in providing her and her family with assistance, through what is no doubt a stressful and difficult time for them.”

The arrest follows a sharp deterioration in Sino-Australian relations after Canberra called for an independent inquiry into the origins of Covid-19 in Wuhan. Beijing likened the move to Brutus’s betrayal of Julius Caesar.

Since then Beijing has slapped trade sanctions on Australian barley, beef and wine imports in a move Australian analysts said amounted to “economic coercion”. 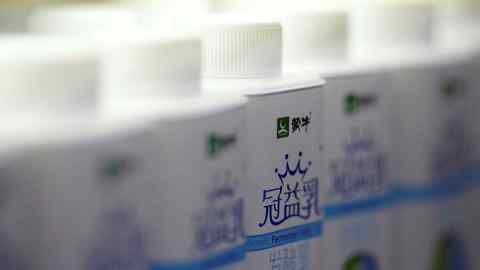 Ms Cheng, who was born in China but is now an Australian citizen, had worked for eight years as an anchor at one of CGTN’s leading English-language business programmes, where she regularly interviewed high-profile Chinese and international business leaders.

As the most visible aspect of China’s ambitious global propaganda efforts, CGTN has faced scrutiny in the US over its role as a provider of information to the Chinese state, and in the UK over its alleged airing of forced confessions.

ABC News, Australia’s national broadcaster, said Ms Cheng was being held in “residential surveillance at a designated location”, a form of off-grid detention often criticised by human rights groups for depriving detainees of proper legal defence and protections against abuse.

Ms Cheng’s family issued a statement published by ABC saying they respected the legal process in China and would make no further comment at this time.

“In China, due process will be observed and we look forward to a satisfactory and timely conclusion to the matter,” the family said.

CGTN, the non-Chinese language arm of China’s state broadcaster, has removed a profile of Ms Cheng from its website, as well as a number of her articles and interviews. Her Twitter feed was last updated on August 11.

President Xi Jinping has demanded total political loyalty from Chinese state media. A number of high-ranking media officials and television personalities have been probed for corruption since he took office in 2012.

Australia’s S&P/ASX 200 fell as much as 2.5 per cent on Tuesday following reports of Ms Cheng’s detainment in China, with shares down across all sectors.