Bed Bath & Beyond Is Burning Cash Like A Drunken Sailor (NASDAQ:BBBY) 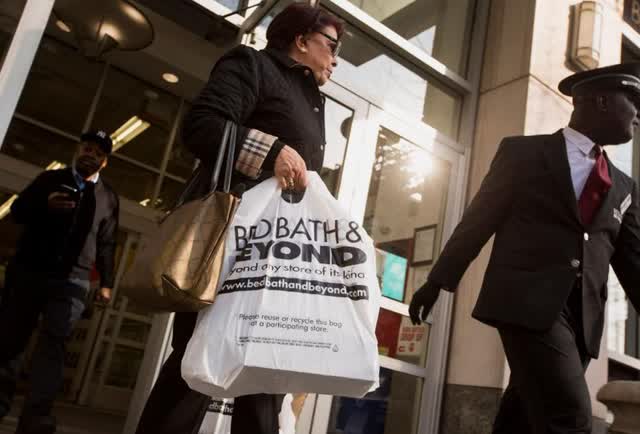 Bed Bath & Beyond (BBBY) reported revenue of $1.31 billion, Non-GAAP EPS of -$1.96 and GAAP EPS of -$2.44. The company missed on revenue and earnings. The stock is down about 20% post-earnings. I had the following takeaways on the quarter.

Total revenue of $1.3 billion fell 49% Y/Y. Sales were negatively impacted by store closings during the quarter. In March the retailer announced it was closing nearly half its stores to help stem the spread of the pandemic. Since the company relies heavily on physical locations, its quarterly sales were bound to fall. However, its digital sales were stellar:

By the time we ended the quarter in late May, we were offering BOPIS and Curbside Pickup at nearly 60% of our store locations. These new capabilities powered digital sales growth of more than 100% during the month of April and May. Net sales from our digital channels grew 82% in the first quarter and therefore, represented nearly two-thirds of total net sales.

Digital growth was also favorably impacted. By the way, we pivoted our merchandising and marketing plans and how we engage with our customers, including more frequent updates through our website to say current and relevant. Joe will talk more about this in a few minutes, but a key highlight for us was the strong growth we saw in new customer acquisition through our digital channels.

BBBY plans to close about 200 stores over the next two years (over 20% of total stores). Annualized cost savings could range from $250 million to $350 million; some of that could be partially offset by additional investments in the company’s digital channel.

Gross margin was 26.7%, down from 34.5% in the year earlier period. The higher percentage of sales through the digital channel crimped margins. Digital sales are better no sales, yet they come at a lower profit margin. Gross profit on a dollar basis was $348 million, down 61% Y/Y. The loss of scale also weighed during the quarter. SG&A costs were $724 million, down 19% Y/Y. The company must continue to invest in its digital channel, so the reduction in SG&A costs may not outstrip the fall in revenue anytime soon.

The fallout was that EBITDA turned negative; EBITDA of -$292 million was down by about $370 million over the year earlier period. Falling revenue and shrinking margins had a double negative impact and it may not abate any time soon. EBITDA could remain negative until the pandemic subsides.

Retailers must main as much liquidity as possible in order to survive. Cash burn is now a major area of focus. Free cash flow (“FCF”) during the quarter was -$437 million. Payables increased from March to June by about $350 million, implying the company could be benefiting by paying its bills slower. With the business shrinking, one would have expected for payables to decline. Of note, is that inventory was $2.5 billion, not much less than the $2.6 billion balance in March. If BBBY cannot liquidate its inventory then it could be a drag on cash flow for the foreseeable future.

Working capital was about $1.3 billion, down from $1.8 billion in March. BBBY was buoyed this quarter by an additional $236 billion in debt. The company may be forced to continue to raise new debt to help offset waning liquidity.

The additional debt brought BBBY’s total debt load to $1.7 billion. Its last 12 months (“LTM”) EBITDA was -$218 million, so credit metrics appear moot at this point. More cash burn could beget more debt. This circular reference could come to an end if creditors refuse to extend the company more money. Until BBBY stems cash burn it could die a slow, painful death.

BBBY needs to build an effective digital platform to compete with Amazon (AMZN), Target (NYSE:TGT) and Walmart (WMT). Headwinds from the pandemic will not help its cause. Sell BBBY.