I have covered Ballard Power Systems (BLDP) previously, so investors should view this as an update to my earlier articles on the company. 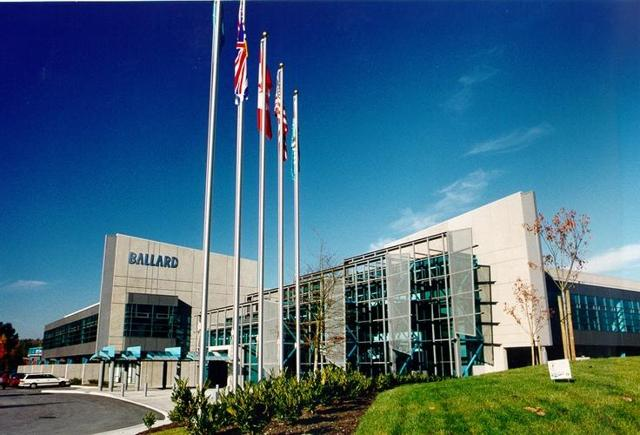 With the AUDI contract scheduled to end in August 2022 and given Volkswagen’s stated intent to focus on battery-electric vehicles (“BEVs”), an extension appears highly unlikely at this point.

In fact, AUDI recently provided Ballard Power the right to use a new high-power fuel cell stack developed under the terms of the above-discussed engineering agreement for all applications, including previously excluded commercial trucks and passenger cars.

Apparently, neither AUDI nor Volkswagen has any intentions to commercialize fuel cell technology in the short to medium term.

For the past couple of quarters, revenues derived from the Weichai JV have been a mix of technology transfer and product sales but once the JV is fully ramped up, Ballard Power will mostly supply membrane electronic assemblies (“MEAs”). But in contrast to the company’s legacy joint venture in China, Guangdong Synergy Ballard Hydrogen Power Co. (“the Synergy JV”), there’s no firm take-or-pay contract in place which will likely cause additional lumpiness in the company’s quarterly revenues. Even worse, the Weichai-JV’s MEA demand might be subdued for at least a couple of quarters as Ballard Power already commenced initial MEA shipments ahead of commercial production and the Chinese FCEV market remaining very much in its infancy.

As expected, elevated cash usage continued with the negative free cash flow of $24.7 million for the quarter partially due to the requirement to provide additional funds to the Weichai JV.

That said, liquidity won’t be an issue for Ballard Power for at least the next couple of quarters as management has made the smart decision to take advantage of the company’s elevated stock price by selling large amounts of shares into the open market, resulting in net proceeds of $66.9 million in the first half of this year. Total cash and short-term investments at quarter end amounted to $170.3 million, down $11.3 million from Q1.

In addition, the company recently announced a new, $250 million cross-border at-the-market equity distribution agreement (“ATM-Program”) which should result in a substantial increase to the company’s already strong liquidity position.

Order intake during Q2 was nothing to write home about again with both the company’s 12-month ($101 million) and total backlog ($155 million) down sequentially for the third quarter in a row. Clearly, Ballard Power needs to secure a substantial amount of new business to come even close to the recently lowered consensus revenue estimate of $151.7 million for next year.

We believe this new policy signifies the strategic importance China places on FCEVs both from a decarbonization perspective as well as a competitive industrial perspective. The new policy comes just as the Weichai-Ballard joint venture has been recently commissioned in Shandong Province with annual manufacturing capacity in excess of 1 Gigawatt of fuel cell stacks. We believe the Weichai-Ballard joint venture is well positioned to become a leading fuel cell stack and module platform in China – the world’s largest market for commercial trucks and buses

Unfortunately, the press release does not provide any details on the new Chinese policy which likely is due to the complexity of the new rules (emphasis added by author):

The demonstration period is tentatively set for four years.

During the demonstration period, the five departments will adopt the method of “reward for compensation”, and reward the city agglomerations shortlisted for demonstration in accordance with their goals.

Reward funds are coordinated by local governments and enterprises for the industrialization of key core technologies of fuel cell vehicles, the introduction of talents and team building, as well as the demonstration and application of new models and new technologies, etc., and shall not be used to support fuel cell vehicle production investment projects and hydrogen refueling infrastructure.

The notice stated that the demonstration city clusters should focus on technological innovation, identify application scenarios, and build a complete industrial chain.

Two years after the implementation of the demonstration, the five departments will organize mid-term assessments, For city clusters that have not completed the target tasks on time, they will adopt requirements to adjust the implementation plan, deduct or suspend reward funds, suspend participation in cities, or even cancel city clusters as appropriate.

In order to promote the rational layout of the industry, in principle, it is not advisable to subsidize the purchase of fuel cell vehicles outside the demonstration zone.

The complete text can be accessed here. The Chinese original can be found here.

Quite frankly, does this read like China really speeding up FCEV adoption?

The new approach appears to be mostly directed towards laying the groundwork for establishing a complete domestic fuel cell technology supply chain over time.

In addition, the new policy seems to be even more complex and confusing than ever before. With key requirements for FCEV adoption like FCEV production and hydrogen infrastructure explicitly excluded, it’s difficult to envision how a small number of “demonstration city clusters” should result in widespread FCEV adoption.

Given this issue, I would be very surprised to see the Weichai JV indeed scale up daily stack production next year and with Ballard Power mostly down to MEA-only supply for the joint venture at that time, 2021 revenues derived from the Weichai JV might actually end up being lower than this year which would undoubtedly result in the company missing analyst expectations by a mile.

On the Q2 conference call, management expected the Weichai JV to place a new order for its 2021 MEA requirements later this year, so we will soon learn about their assessment of the Chinese market going forward.

Another uninspiring quarter by Ballard Power which again highlighted the poor margins in the company’s all-important China business.

While the company’s liquidity position remains strong and will likely be increased further by the recently announced, new ATM-Program, the company’s near-term business prospects look questionable, to say the very least.

Contrary to management’s statements, the new Chinese subsidy policy does not appear suited to speed up widespread, near-term FCEV adoption in China and might actually result in the industry taking a step back with key requirements for adoption like FCEV production and hydrogen infrastructure not being eligible for subsidies. Add a massive level of red tape apparently being involved and the Weichai JV’s 2021 stack production might come in substantially below Ballard Power’s current expectations.

Personally, I won’t be surprised by Ballard Power projecting another year of low or even no growth at the time of their Q4 conference call early next year.

A short position in the company’s shares might yield decent results, particularly given the overhang from the recently announced $250 million ATM-Program.

Disclosure: I/we have no positions in any stocks mentioned, but may initiate a short position in BLDP over the next 72 hours. I wrote this article myself, and it expresses my own opinions. I am not receiving compensation for it (other than from Seeking Alpha). I have no business relationship with any company whose stock is mentioned in this article.