Guy Gaeta is normally surrounded by dozens of foreign backpackers, busily picking cherries and chatting away in several different languages. But this harvest his orchards remain worryingly quiet after the world’s toughest Covid-19 travel restrictions caused a shortage of workers.

“If we can’t get the backpackers in then the horticulture industry will be brought to its knees and fruit left on the trees to spoil,” said Mr Gaeta, who owns 8,000 cherry trees near Orange, a small city in New South Wales.

“By now I’d usually have 60 workers on the books but I’ve only had six inquiries so far.”

Like thousands of other fruit and vegetable growers, Mr Gaeta faces a critical shortage of workers for harvest, threatening a A$13bn ($9.5bn) industry and the nation’s food security.

Australia’s horticultural industry is almost entirely reliant on about 40,000 foreign workers, mainly young backpackers from Europe, the US and Asia, as well as seasonal workers from Pacific nations.

But the closure of Australia’s international border to non-residents, strict quarantine rules and a cap on inbound flights has cut this workforce in half ahead of a harvest season that stretches from late August into early next year.

Farm groups warn growers face ruin and fruit will be left on trees to rot, leading to shortages of produce and sharp price increases.

But they face stiff opposition from trade unions, which argue local workers should be given priority as unemployment is expected to peak at almost 10 per cent this year.

They complain that workers in the horticultural industry suffer widespread exploitation. According to the Retail Supply China Alliance, which wants working holiday visas axed, the pandemic presents an opportunity to build a sustainable industry and attract local workers.

“It’s offensive to suggest that Australians don’t want to work in the horticulture industry. They just don’t want to work under illegal slave conditions and get paid miserably — and fair enough,” said Daniel Walton of the Australian Workers’ Union. “But if you paid people a fair wage and provided career pathways, it’d be a very different story.”

But Mr Gaeta said there was little point in trying to entice young Australians to work on a farm.

“There are a lot of young kids that just don’t have the work ethic. They come out as if they are doing you a favour,” he said. “Whereas the backpackers come from overseas for a couple of years and are glad to have a job and have a good work ethic.”

Many backpackers left Australia in March when coronavirus struck, as jobs in cafés and restaurants grew scarce. There are about 80,000 people on working holiday visas left in Australia, down from 135,000 in June 2019. Under the terms of the visa, backpackers must undertake 88 days of farm work to qualify for another 12 months visa to stay in Australia.

Other nations, such as Germany, have relaxed Covid-19 rules to allow seasonal workers to take up positions. But Canberra has retained many of its tough border restrictions, and even those backpackers who remain in Australia are finding it difficult to travel to farms owing to internal state border restrictions.

“I had intended to do farm work and then travel around Australia when my course finished but I’ve been stuck in Melbourne since March,” said Sylvia Montreal, a 36-year-old student from Spain.

“I can get a letter from a farm to get me over the state border but if I move I need to do the 14 days hotel quarantine. That costs A$3,000, is like jail and the food is terrible.”

In Western Australia, where the strawberry harvest has already begun, some farmers are resigned to leaving up to a quarter of their crop on the plants.

Jamie Michael of Ti Produce Marketing, which owns a farm in Bullsbrook, told ABC television he would lose up to A$2m of fruit because he had only been able to recruit fewer than half the usual number of workers for the harvest. 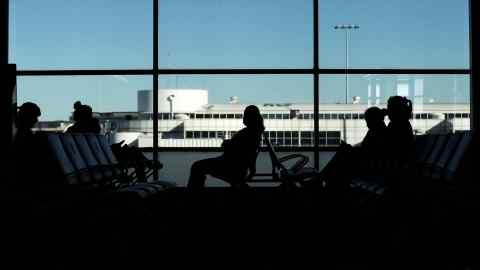 “To not be able to get it off the plant at the last step, it’s heartbreaking,” he said.

Canberra has extended visas for backpackers and Pacific workers already in the country in farm jobs and is planning to offer incentives to encourage unemployed Australians to take up seasonal farm work.

But David Littleproud, Australia’s agricultural minister, has admitted most Australians do not want to get “off the couch” to pick fruit and is hoping seasonal workers from the Pacific can fill the gap.

Michael Rose, a research fellow at Australian National University, said that establishing a Covid-19-safe programme in time for this year’s harvest was a complex task given the need for co-operation between the horticultural industry, federal and state governments, as well as Pacific nations.

“People won’t go hungry in Australia,” said Mr Rose. “But they may not be able to get certain types of fruit and vegetables, prices are likely to rise and there will be hardship for growers.”