UK-based Aveva is in talks to purchase OSIsoft, the SoftBank-backed US software company, in a deal that would deepen consolidation in the technology sector and give a boost to SoftBank’s flagging investment portfolio.

In a statement, industrial software provider Aveva confirmed it had entered discussions with OSIsoft about an acquisition but said there was no certainty the discussions would lead to an agreement on a deal.

Aveva is offering to buy OSIsoft for more than $5bn, according to one person briefed on the negotiations. The companies did not have any immediate comment on the price.

An acquisition would be a potential win for SoftBank, which in 2017 purchased a minority investment from OSIsoft’s earlier investors — Kleiner Perkins, Technology Crossover Ventures and Tola Capital. SoftBank holds the investment in its $100bn Vision Fund, which is backed by Abu Dhabi and Saudi Arabian government funds.

The technology sector has seen a wave of consolidation in recent months. In July, Analog Devices agreed to buy rival chipmaker Maxim Integrated Products in an all-stock transaction worth $21bn.

OSIsoft, founded in 1980, sells software that companies such as pharma and chemicals group Merck use to manage real-time data, for example the conditions inside of a laboratory or manufacturing plant. 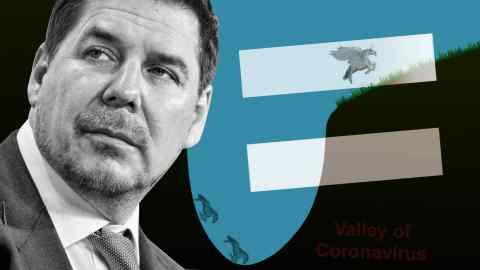 The talks come as US chip company Nvidia makes a play of more than $32bn for SoftBank’s Arm Holdings, the UK chip designer Masayoshi Son, SoftBank’s chief executive, once said would be the linchpin for the future of the Japanese conglomerate.

READ ALSO  Trump agrees to Oracle deal for TikTok in US

Both deals would help SoftBank’s Vision Fund raise cash for investors, who have expressed reservations about committing money to a second fund until they see more progress from the first.

The Vision Fund carried a loss of $800m as of the end of March, having marked down the valuations of 47 investments while marking up 26 companies, according to a SoftBank presentation.