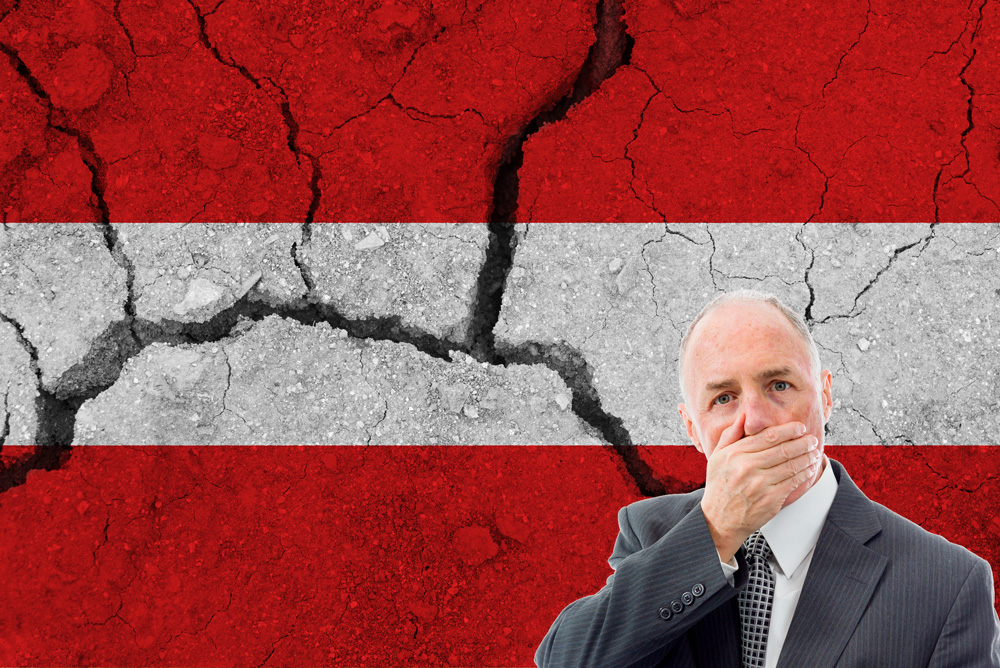 “The main reason for the development of this draft Act is the worrying development that the Internet and social media, in addition to the advantages that these new technologies and communication channels provide, have also established a new form of violence, and hate on the Internet is increasing in the form of insults, humiliation, false information and even threats of violence and death. The attacks are predominantly based on racist, xenophobic, misogynistic and homophobic motives. A comprehensive strategy and a set of measures are required that range from prevention to sanctions. This strategy is based on the two pillars of platform responsibility and victim protection, with the present draft Act relating to ensuring platform responsibility”.

The proposed law is modelled on Germany’s much criticized NetzDG law, also known as the censorship law, which came into effect in January 2018 and requires social media companies to delete or block any online unlawful content within 24 hours or 7 days at the most, or face fines of up to 50 million euros. In May 2020, France adopted a similar law, known as the “Avia law“, also modelled on the German NetzDG law, which requires online platforms to remove reported “hateful content” — incitement to hatred, or discriminatory insult, on the grounds of race, religion, ethnicity, gender, sexual orientation or disability — within 24 hours. Failure to do so could result in fines of up to 1.25 million euros or 4% of the platform’s global revenue.

Similarly, the Austrian law requires “obviously” unlawful content to be deleted within 24 hours and other unlawful content within seven days. Failure to do so could lead to fines of up to 10 million euros ($12 million). Platforms must provide a reporting function for such content and react immediately to notifications.

Just like Germany’s NetzDG law, the Austrian censorship law privatizes state censorship by requiring social media platforms to censor their users on behalf of the state. If the proposed law is passed, the freedom of speech of Austrians online will be subject to the arbitrary decisions of corporate entities, such as Twitter, Google and Facebook.

With Austria’s draft online hate speech law, yet another European country is taking another step towards making online censorship an institutionalized feature of European hate speech laws. In Austria, according to Reuters, a surprising number of private associations would like to see even wider measures implemented: Austria’s association of digital service providers, ISPA, representing more than 200 companies including Google Austria and Facebook Germany welcomed the initiative against online hate speech but called for a joint European effort.

“Only a uniform European regulation can become a successful standard and assert itself worldwide,” ISPA said in a statement. “Uncoordinated individual courses don’t get us any further here.”

There has been, however, significant pushback against government censorship: In France, the Constitutional Council, a French court that examines legislation’s compatibility with the constitution, struck down multiple provisions of the “Avia law” in June because it infringed on freedom of expression. The Constitutional Council noted in its press release:

“[According] to Article 11 of the Declaration of the Rights of Man and of the Citizen of 1789: ‘The free communication of thoughts and opinions is one of the most precious human rights: any citizen can therefore speak, write, print freely, except to answer for the abuse of this freedom in the cases determined by the law’. It is inferred from these provisions that with the present state of the means of communication and in view of the generalized development of online communication services to the public, as well as the importance of these services for participation in democratic life and the expression of ideas and opinions, this right implies the freedom to access and express yourself in these services…”

“Freedom of expression and communication is all the more precious since its exercise is a condition of democracy and one of the guarantees of respect for other rights and freedoms. It follows that the interference with the exercise of that freedom must be necessary… and proportionate to the objective pursued”.

The court found that multiple provisions of the “Avia law” infringed on freedom of expression because they were not “necessary or proportionate”.

READ ALSO  What a Biden Administration Means for Border Security

“We too often make bad laws with good intentions. Online platforms should not censor the freedom of expression,” said Chairman of the Senate Law Commission Philippe Bas after the Constitutional Council’s decision.

It can only be hoped that European lawmakers eager to censor free speech online will heed the ruling of the French constitutional court.

Judith Bergman, a columnist, lawyer and political analyst, is a Distinguished Senior Fellow at Gatestone Institute.