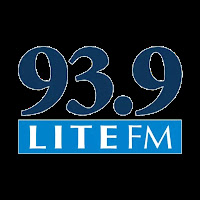 One of these days, Austrian-lites will be right when they warn about the stock market and economy, but not today.

This morning, the S&P 500 is trading above its all-time closing high.

Austrian-lites first warned about a crashing stock market back in December 2015 when the Fed raised the Fed funds rate by a minuscule 25 basis points. The Lites panicked. They doubled down earlier this year when the yield curve went negative.

In the EPJ Daily Alert,  I explained that despite the fact the yield curve turning negative was a precursor to the last seven recessions, the factors driving the yield curve negative this time were different factors that had nothing to do with a recession.

The most recent panic warning by Austrian-lites came when there were liquidity problems in the overnight funding markets. This had nothing to do with a financial crisis but that is not what we heard from the Lites. I addressed their absurd claims here:  The Absurd Fear Mongering Begins: “One or more big financial companies have run out of cash to pay bills they owe.”

The fact of the matter is that Austrian-lites do not understand the basics of Austrian school business cycle theory. If they did, they wouldn’t be making the absurd forecasts that they do make.

They just see a headline in the news, brought to you by mainstream media who understand even less about economics, and go with the sky is falling forecast.

As I have stated many times, it is a boom-bust cycle. There is a boom phase, we are in it. Mainstream economists are idiotic when they warn that the current boom is the “longest and history” and therefore a downturn is imminent.

There is no designation in Austrian school theory as to how long or short the boom phase could be.

For all practical purposes, the Chinese central bank boom manipulation of the Middle Kingdom has gone on now for 40 years.

I am not saying the US boom will last that long. It could end in a year or 5, but at this point there are no indications of an imminent end to the Federal Reserve-manipulated boom phase.