Australian special forces were allegedly involved in the murder of 39 civilians in Afghanistan and engaged in “blooding”, where commanders made junior soldiers execute prisoners to achieve a first kill, an inquiry by defence chiefs has found.

The four-year war crimes investigation by the Inspector-General of the Australian Defence Force recommended that 36 incidents involving 19 current or former soldiers be referred to the federal police for investigation and potential prosecution.

A heavily redacted version of the report, published on Thursday, detailed how some Special Air Service regiment commanders fostered a “warrior culture” and one of dishonesty, including allegedly planting weapons on unarmed civilians to justify the deaths.

“None of these are incidents of disputable decisions made under pressure in the heat of battle,” said Major General Paul Brereton, author of the report, which interviewed 423 witnesses.

Canberra has apologised to the Afghanistan government for the alleged war crimes and pledged that accountability would be the cornerstone of the defence department’s response to the inquiry.

More than 39,000 Australian soldiers have served in Afghanistan alongside US and other Nato troops in what is the Pacific nation’s longest-running war.

The report’s republication followed a ruling by the International Criminal Court in The Hague in March that gave ICC prosecutors the right to open investigations into alleged war crimes perpetrated by US and other military forces in Afghanistan.

Australia’s IGADF report found that while “poor command and leadership” played a role in the alleged war crimes, the authors concluded that it would be a “gross distortion” to lay the blame primarily at this level. There was no evidence that Joint Operations Command or Australia’s defence headquarters knew of the commission of war crimes.

“While . . . commanders at troop, squadron and Special Operations Task Group level must bear some responsibility for the events that happened ‘on their watch’, the criminal behaviour of a few was commenced, committed, continued and concealed at the patrol commander level, that is, at corporal or sergeant level,” the report’s authors wrote.

The report said there was credible information that junior troops were required by their patrol commanders to shoot a prisoner to achieve the soldier’s first kill. 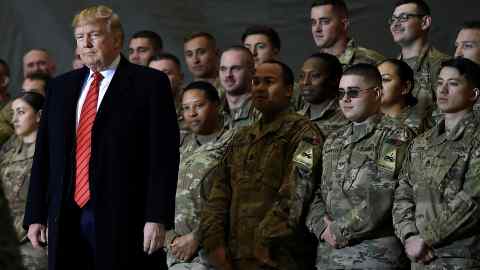 “Typically, the patrol commander would take a person under control and the junior member . . . would then be directed to kill the person under control. ‘Throwdowns’ [foreign weapons] would be placed with the body, and a ‘cover story’ was created for the purposes of operational reporting and to deflect scrutiny,” the report said.

“This was reinforced with a code of silence.”

The inquiry was instigated by defence authorities after Samantha Crompvoets, a military sociologist, interviewed soldiers for a separate report about the culture of special forces. During the course of her research, she heard disturbing allegations about conduct in Afghanistan, which she took to the defence chiefs.

Ms Crompvoets told the Financial Times she received reports about a “blood lust” mentality within the special forces, where soldiers allegedly killed for sport and there was competition for the most kills on patrols — “things that were very much in black and white illegal,” she said.

“This is a big wake-up call — not just for Australia forces but for all militaries,” Ms Crompvoets added.