Two Australian journalists working for the nation’s media outlets in China have been rushed out of the country following an extraordinary diplomatic stand-off with police.

Bill Birtles, the ABC’s correspondent in Beijing, and Michael Smith, the Australian Financial Review’s Shanghai-based China correspondent, flew back to Sydney on Monday.

The pair were forced to shelter under Australian diplomatic protection for five days after Chinese police visited their homes after midnight last Wednesday and informed them they faced questioning over a “national security case”, according to reports published by the ABC and Australian Financial Review.

After negotiations between Australia and Chinese officials in Beijing, they were interviewed by China’s Ministry of State Security. Both journalists were then allowed to board flights to Australia.

“The ABC has brought back China correspondent Bill Birtles to Australia following advice from the Australian government,” the national broadcaster said in a statement on Tuesday.

The hurried departure of the Australian journalists from China represents the latest deterioration in relations between Canberra and Beijing following a series of diplomatic disputes and trade tensions.

The Australian Financial Review reported that both journalists were asked questions about Ms Cheng by state security officials.

Australian diplomats in Beijing had warned the ABC last week that Mr Birtles should leave China.

Beijing’s targeting of Australian media outlets follows an escalation in tit-for-tat retaliation between Beijing and Washington over the issuing of media visas and treatment of their respective news organisations. In recent weeks, at least five journalists working for US media in China, including CNN, the Wall Street Journal and Bloomberg News, have been told by the Ministry of Foreign Affairs that they could not renew their visas or press cards as normal. They were instead given letters allowing them to remain and work.

The freeze on visa renewals affects not only Americans but correspondents of various nationalities working for US media. Beijing has explicitly said the measures were in retaliation for US restrictions on Chinese journalists.

Richard McGregor, analyst at Lowy Institute, a Sydney-based think-tank, and a former journalist for the Financial Times, said: “The threats to the Australian journalists are bad enough of themselves, because once dragged into an investigation in China, they would have had no rights for extended period of time, and might have also been detained. 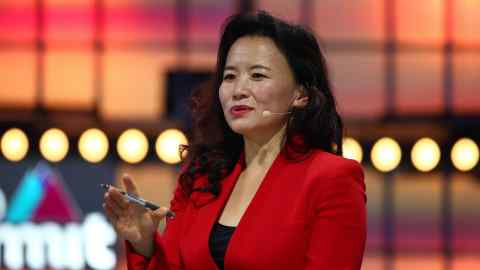 “But it is also marks a new low in a relationship which already seemed to have reached rock bottom.”

Mr Smith told the Australian Financial Review he was grateful to be back in Australia. “The late-night visit by police at my home was intimidating and unnecessary and highlights the pressure all foreign journalists are under in China right now,” he said.

In a statement, Marise Payne, Australia’s foreign minister, said Canberra had provided consular support to the two men and engaged with Chinese authorities “to ensure their wellbeing and return to Australia”.

Michael Stutchbury, editor-in-chief of the Australian Financial Review, and Paul Bailey, the newspaper’s editor, said: “This incident targeting two journalists, who were going about their normal reporting duties, is both regrettable and disturbing and is not in the interests of a co-operative relationship between Australia and China.”