Aurora Cannabis: A Value Trap That Will Leave You High And Dry (NYSE:ACB)

Aurora Cannabis Inc. (ACB) may appear undervalued relative to where it was, but what looks like a value opportunity can sometimes be a value trap. And in the case of Aurora Cannabis, a stock that is down 87.96% from its 52-week high of $86.40, a value trap is what we seem to have.

At close of market on 07/24/2020, Aurora Cannabis traded on the New York Stock Exchange at a share price of $10.40 with a price-to-earnings ratio of 48.15, which is a significant discount to its five-year average P/E of 149.97. However, the current P/E does not seem cheap at first glance, prompting the question of what fair value for Aurora Cannabis is.

A stock trading at a 42% discount to fair value seems enticing, until you look at how profitable the firm has been. While revenues have grown each consecutive year, 2018 is the only year in the past five years that Aurora Cannabis has made a profit.

The current financial year does not look to be any better, particularly with an operating margin of -106.78% and reported negative free cash flow of -CA$142.63 million.

Aurora became prominent as one of the largest producers of marijuana when the pot market took off in 2017. However, interest has waned considerably since then, and Aurora’s productive capacity became a liability as it was oversupplying to an undemanding market. In consequence, it is in the process of laying off 700 employees (production staff, sales and administrative staff, etc.), shutting down five of its Canadian production sites, has suspended construction of two larger production sites, and sold its 1 million square foot Exeter greenhouse for CA$8.6 million ($6.41 million) – far less than the original purchase price of CA$26 million ($19.38 million). 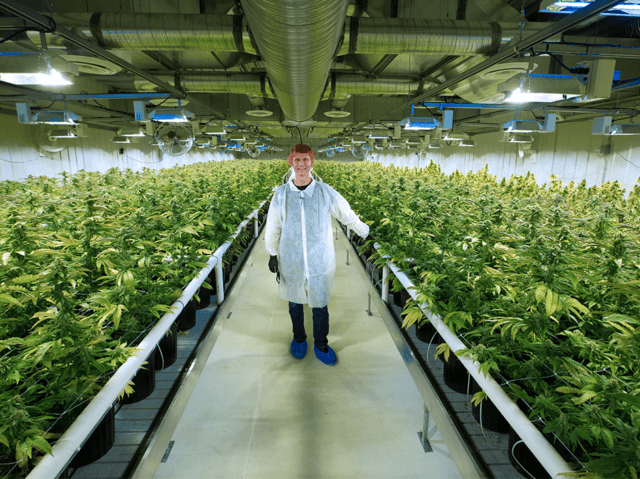 Aurora Cannabis will likely have to divest assets at a reduced price. Image provided by the Financial Post.

Put simply, Aurora Cannabis has too many unused assets on its books at present, and shifting them at a price that will get a profit in the current economic environment is a fanciful notion at best. The cash burn that these unused assets will cause will inevitably dent the balance sheet, and the sub-par returns they get for those assets which they do manage to sell will not redress the balance.

Present investors have not enjoyed much profit from their holdings in this stock either, judging from the -33.98% return on equity. And while a stock trading 87.96% lower than its 52-week high and at a 42% discount to fair value may look attractive at first sight, Aurora Cannabis’s unused assets will only hurt prospective investors in the long-run. In short, this is one to avoid.