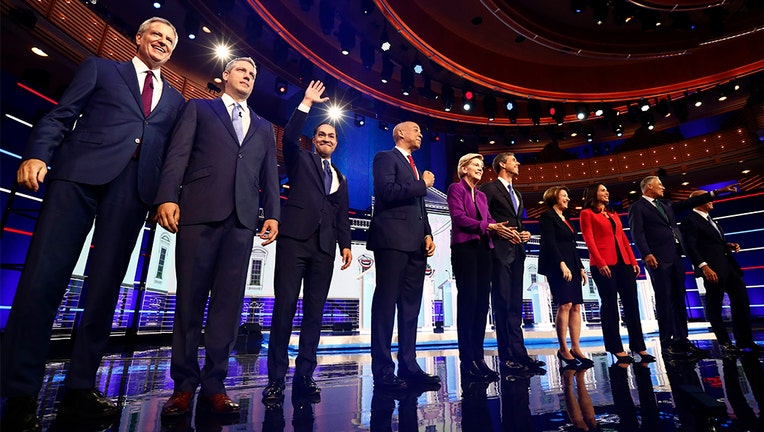 Whether Democratic presidential candidates endorse Medicare-for-all or favor keeping health care private emerged as a key issue during the opening salvo of the first debate on Wednesday night.

In the run-up to the 2020 presidential election, a line has been drawn between more progressive Democrats who want to sweep health care under the arm of the government — and those who want to keep it public.

Front-runner Sen. Elizabeth Warren, D-Mass., endorsed Medicare-for-all during the debate in Miami, although she’s previously dodged questions about whether she supports a single-payer system or not.

“I’m with Bernie [Sanders] on Medicare-for-all,” she said to raucous audience applause. Sen. Sanders, I-Vt., has tried to draw distance between himself and Warren when it comes to health care, painting himself as the true progressive on the issue. Instead, he suggests Warren might hedge about supporting Medicare-for-all.

The Minnesota Democrat has billed herself as a pragmatic moderate who’s willing — and able — to work across the aisle. She previously called Medicare-for-all an “aspiration,” but has not committed to overhauling private health insurance.

She further explained her stance during the debate, calling a single-payer system “a bold approach.”

“I am just simply concerned about kicking half of America off their health insurance in four years, which is exactly what this bill says,” she said.