The decade-long bull run investors had enjoyed post-GFC was a fecund spawning ground for cryptocurrencies to thrive and grow. But, one major thesis of cryptocurrency enthusiasts was that, similar to gold, they could act as ‘safe havens’ – hedges against the movements of major market indices and macroeconomic conditions like inflation. The world flush with cash and inflation basically non-existent, the bear market conditions in which to test such assumptions were largely absent.

However, this year, the novel coronavirus pandemic presented an opportunity to finally test these assumptions.

Constraining ourselves to the two largest cryptocurrencies – Bitcoin (BTC-USD) and Ethereum (ETH-USD) – we can find not only did the cryptocurrencies fail to act as a ‘safe haven’ during this crisis, but as a whole – over the entire period since their inception. 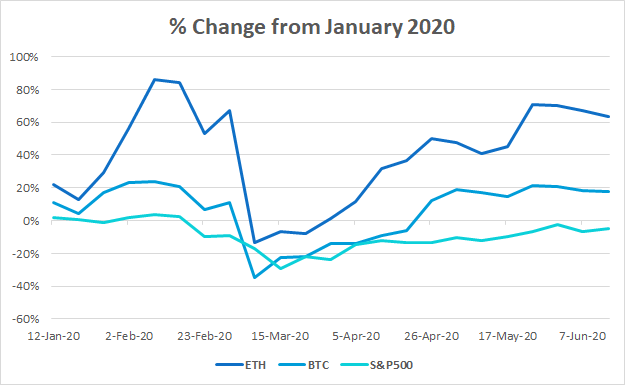 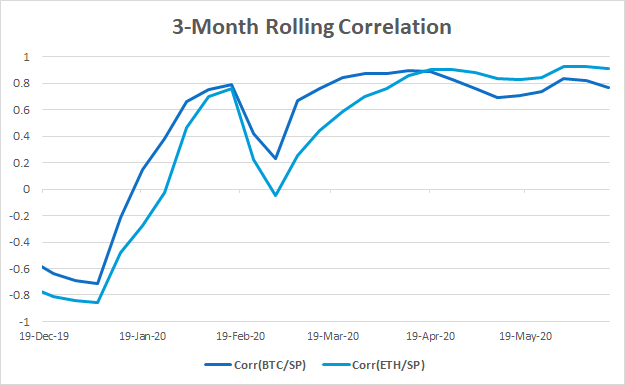 As markets reeled, Bitcoin and Ethereum reeled right along with them, reaching a near perfect positive correlation with the S&P 500 in March.

And even though the cryptocurrencies have come roaring back (as have markets generally) since March – Bitcoin and Ethereum have managed to eke out positive returns YTD, approx. 18% and 64%, respectively – it has not come without great cost.

Both during the COVID-19 crisis and since data began being recorded on the value of these cryptocurrencies, Bitcoin and Ethereum have displayed massive volatility, not seen in any other asset class. 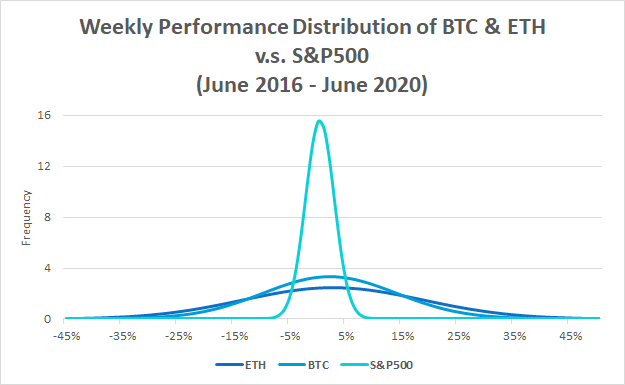 In their article, ‘Are cryptocurrencies a safe haven for equity markets? An international perspective from the COVID-19 pandemic,’ published in Research in International Business and Finance, Thomas Conlon, Shaen Corbet, and Richard McGee examine the statistics and elucidate a number of key findings about Bitcoin and Ethereum’s incredible volatility: 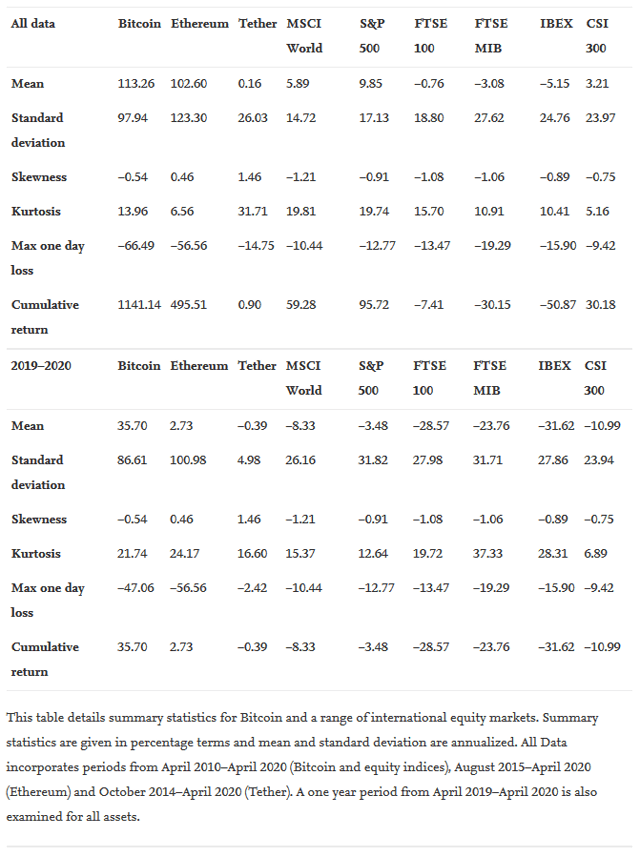 Their more significant finding, however, is that, using a modified value-at-risk equation* as the measure of downside risk, virtually no portfolio with allocations of Bitcoin or Ethereum reduced downside risk.

With the only exception being portfolios containing the CSI 300 index with allocations of up to 16% Bitcoin or up to 14% Ethereum, Bitcoin and Ethereum only served to increase downside risk of the portfolios.**

**The authors also investigate the downside risk hedging properties of Tether (USDT-USD) – a controversial cryptocurrency which purports to be pegged to the U.S. dollar, a peg that has not been so consistent historically.

These findings finally debunk the long-held notions about cryptocurrencies as ‘safe haven’ investments; the data gathered from the coronavirus pandemic has been the final nail in the coffin of that theory. On the contrary, they are extremely speculative, prone to massive deviations in value, and no risk-averse investor should be holding them. That being said, for investors with a high degree of risk tolerance, the outsized returns from cryptocurrencies and volatile markets may be an attractive feature.