While Apple (AAPL) continues to face short-term demand questions as the global economy looks to recover from the COVID-19 shutdown, U.S. teens appear more tied to the brand than ever before. The Piper Sandler teen survey continues to confirm a strong preference for anything Apple, whether a smartphone or watch. Strong demand from this age group ensures the bullish investment thesis remains intact. 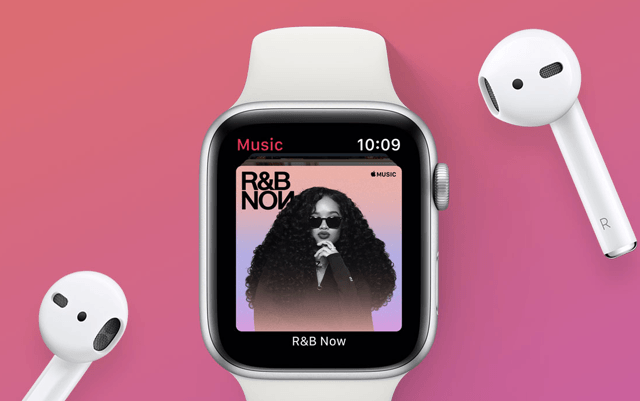 While teens continue to place a preference on clothing and eating out, these young consumers favor Apple products by a mile over the competition. In the latest Spring survey from Piper Sandler, teens favor iPhones at an all-time record.

So even the few teens that don’t own an iPhone want to purchase one. These teens eventually grow up and will now be entrenched in the Apple ecosystem. Unlike their favorite clothing brands or restaurants, these teens aren’t likely to switch to any other technology brand without a major misstep by Apple as they mature. 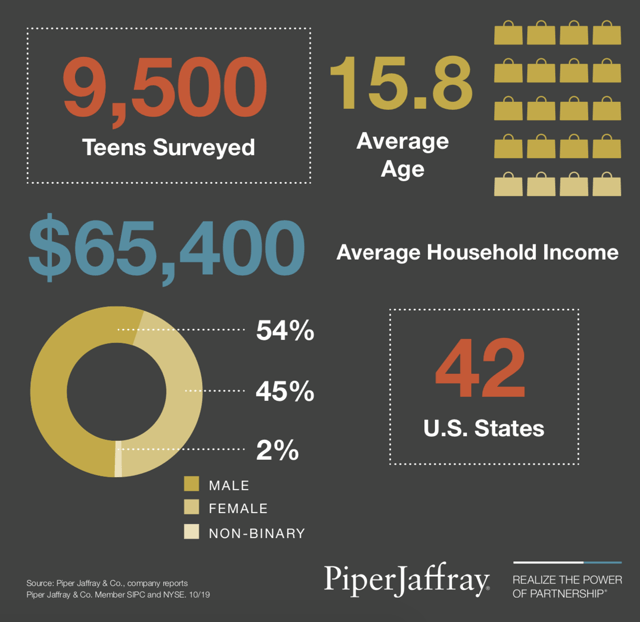 Of course, the survey is from a more influential crowd with the teenagers listing $2,400 in discretionary income and a family household income of $65,400. As with any survey that only polls 9,550 people, the trend is the friend. This survey doesn’t mean that 85% of all teens own an iPhone, but it does highlight that the target survey audience just continues to find other smartphones unacceptable to own.

All of these teens are likely to buy the Apple Watch and AirPods. In the last quarter, sales soared in this category along with Services where the teenage population will buy anything Apple-related. These two categories alone contributed $4.5 billion in additional revenues due in large part to teens moving beyond just iPhones.

READ ALSO  With no GDP target, fundamentals in focus

Moving Beyond The Virus

After a February where China iPhone sales were down 60% and now signs exist that March saw U.S. sales collapse a near similar amount, investors need to decide how to value Apple. One can dig into the weak sales in the February/March/April period or move towards a normalized FY21 sales estimate.

Several analysts cut price targets due to the limited sales from the coronavirus pandemic such as JPMorgan (NYSE:JPM) cutting the target to $335. On the flip side, Nomura actually hiked the target to $240, though the number is far below the current price of nearly $270.

The reason these analysts are wrong here is the reality that equities are valued based on long-term cash flow generation. A 3-6 month hit to cash flows just doesn’t alter the long-term view of a tech giant like Apple that entered the crisis with nearly $100 billion in net cash on the balance sheet.

The Piper Sandler teen survey confirms this case with Apple more favored by the under 20 crowd than ever before. With Apple making one million face shields per week and sourcing masks for healthcare workers, the tech brand will be more loved when the pandemic is over.

The biggest question with valuing Apple is the 5G iPhone. Foxconn (OTC:FXCOF) and Qualcomm (QCOM) have both suggested in the last few weeks that the key 5G smartphone is on schedule for the normal release in September and launch in October.

Apple has a FY that starts October 1, so any minor slippage during the quarter won’t impact the ultimate FY21 numbers. The crucial day is the holiday shopping season where any delay into 2021 could eliminate some sales or push consumers into discounted iPhone 11s.

Until one makes a legitimate case for consumers buying fewer 5G iPhones in FY21, one can’t make the case for Apple seeing a decline in the EPS expectations for next year. My previous estimate established the potential for hitting a $17 EPS target next year and European and North American demand pushing into next year could bolster the case.

For some reason, analysts don’t agree. The typical recession does usually cause demand destruction, but the U.S. federal government along with other governments around the world have flooded the markets with money that making the case for any reduction in demand next year appears unlikely. The consensus analyst EPS estimates are down to $15.01 next year.

The lower stock price this year allows Apple to repurchase more shares and further reduce the outstanding share count than when the stock traded up above $330. The stock has bounced solidly off the lows and appears headed back to that level based on the chart. No signs of a retest of the lows exist.

The key investor takeaway is that a scenario where Apple earns $17 per share in FY21 places the stock at only 15.9x those EPS estimates with a $270 price. A net cash balance of $99 billion helps reduce the price by about $25 per share, providing an EV/E multiple of 14.5x. As long as the teens love Apple products, the stock is a bargain at these valuation multiples.

Looking for a portfolio of ideas like this one? Members of DIY Value Investing get exclusive access to our model portfolios plus so much more. Sign up today to see the stocks bought by my Out Fox model during this market crash.

Disclosure: I am/we are long AAPL, QCOM. I wrote this article myself, and it expresses my own opinions. I am not receiving compensation for it (other than from Seeking Alpha). I have no business relationship with any company whose stock is mentioned in this article.