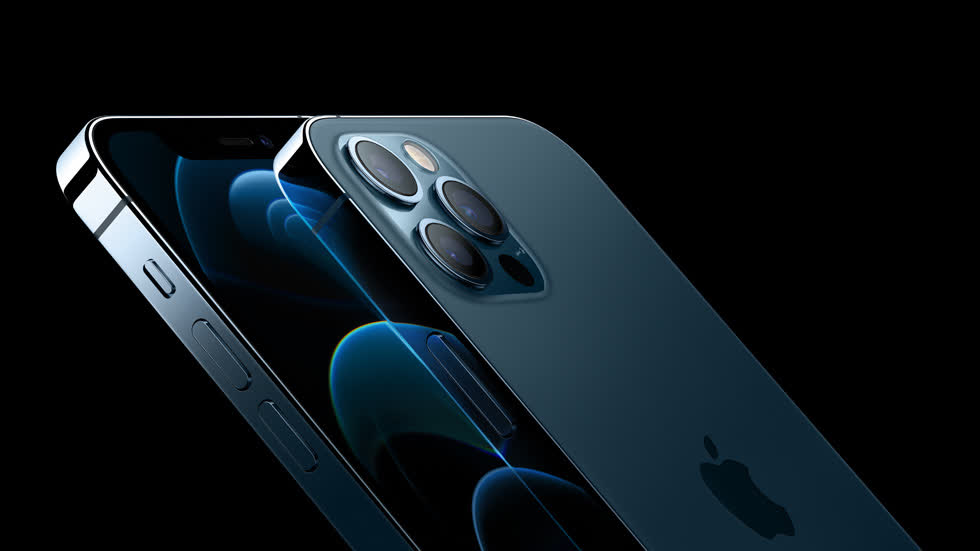 There are many interesting observations to be made from these Q4 FY2020 numbers. For instance:

In overall terms, it would seem that the iPhone 12 might be good enough to rekindle growth. There’s one more model without direct competition (the iPhone 12 mini), and even Chinese competitors have raised prices because of costlier 5G components. Hence, the competition on the high end is arguably lower now than it was last year. Still, the competition in the mid-end, with perfectly decent, fast, smartphones, has continued to intensify.

It’s difficult to establish whether the decision to remove the charger and headphones from the iPhone package will pay off. It will certainly reduce cost for Apple, but it will constitute a pain point for some customers (more the concept than the cost). Apple also extended this even to past models, not just the iPhone 12. Apple knew it needed to mitigate this pain point, so it has reduced the price for both chargers and AirPods (in the US both went from $29 to $19, which is a rather reasonable price for Apple devices).

The iPhone hasn’t recently done well in China, but between the iPhone SE and coronavirus, the iPhone worldwide managed to climb all the way to unchanged (+1%) in sales. Hence, if the iPhone is doing badly in China, it must be doing well elsewhere.

A possible reason for this were the sanctions levied by the U.S. on Huawei. Huawei is (was) the most competitive Android manufacturer. It dominated sales in China, and also arguably had the best combination of price / performance / camera performance of the Android world, outside China.

Now, the first wave of U.S. sanctions on Huawei had the main effect of preempting Huawei from using Google’s (GOOG) (NASDAQ:GOOGL) Android. What this meant was that Huawei lost the ability to install Google Play Store and Google Play Services, which are essential to running many other Android apps. As a result, Huawei sales suffered heavily outside of China. In China, this was not relevant as those two components aren’t used there (other app stores dominate). This has meant that smartphone competition in China hasn’t suffered from the first wave of U.S. sanctions, and thus iPhone sales in China were weaker.

Internationally, however, the loss of Google Play Store and Google Play Services dealt a huge blow to Huawei sales, as although Huawei’s hardware remained superior, its Android implementation became the weakest in the market. It became straight undesirable. This left a much weaker competitive environment, with Samsung as the only established competitor to Apple, and the rest being mostly emerging Chinese brands (like Xiaomi, OnePlus) or weak (in the smartphone market) international brands like LG and Sony (NYSE:SNE). Thus, it’s no surprise that the iPhone has been doing better internationally.

However, now something else has changed even more favorably for Apple. The second wave of U.S. sanctions on Huawei is much more aggressive. It impedes not just U.S. suppliers from supplying components to Huawei, but it also prohibits even international suppliers to do so, as long as they’re using U.S. technology (like semiconductor fabrication equipment). This means that TSMC (TSM) can’t supply Huawei with Huawei’s own-designed CPUs. The same kind of aggressive rules were applied even to Mediatek.

As a result of this blockade, Huawei finds itself in a position where, in short order, its smartphones will become less competitive in hardware terms. This will happen internationally, making it even less of a competitor to Apple. But it also will happen in China. This is so because even the Huawei smartphones bound for the Chinese market will be stuck with inferior chips.

Hence, Apple will see competition be reduced artificially everywhere by these events which are destroying the most competitive Android smartphone brand.

I should add that this kind of aggressive international posturing is akin to military action (a blockade is an act of war) for no good purpose. But still, it’s the market reality (unless China retaliates somehow). For now, this market reality will favor the Apple iPhone during FY2021.

Q4 FY2020 was a very weak quarter for the iPhone in China. This can be explained by the late iPhone 21 launch, but still it does represent an aggressive drop. Also noteworthy, the smartphone market in general, in China, remains weak even in spite of the 5G arrival and dominance (5G is very usable in China already).

The iPhone should now enjoy a bump from the late iPhone 12 launch. The iPhone also stands to gain from the ever more aggressive political measures against China, which are destroying Huawei’s ability to compete. Chinese authorities might be compelled to do something once the impact on Huawei becomes obvious even in China (up until now most of the impact was felt internationally).

Idea Generator is my subscription service. It’s based on a unique philosophy (predicting the predictable) and seeks opportunities wherever they might be found, by taking into account both valuation (deeply undervalued situations) and a favorable thesis.

Idea Generator has beaten the S&P 500 by around 13% since inception (in May 2015). There is a no-risk, free, 14-day trial available for those wanting to check out the service.