Apple in America: Latest Mac Pro to be made in Texas after securing tariff exemptions

Apple is boosting its commitment to the American workforce, part of a push to invest hundreds of billions into the U.S. economy.

In a major announcement on Monday, Apple said it will build its redesigned Mac Pro in Austin, Texas.

The move comes three days after U.S. trade officials approved exemptions that allow Apple to import key Mac Pro parts from China without them being subject to tariffs.

“The Mac Pro is Apple’s most powerful computer ever and we’re proud to be building it in Austin,” Apple CEO Tim Cook said in a statement. “We thank the administration for their support enabling this opportunity.” 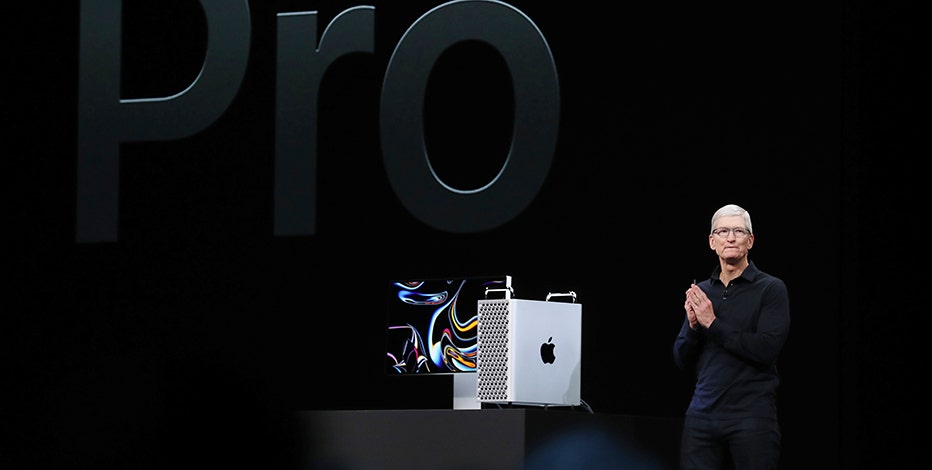 The Wall Street Journal reported in June that Apple was moving Mac Pro production to China, but the tech giant said Monday that the high-powered computer would continue to be made in the Austin facility that has produced Mac Pros since 2013. One month after the Journal report, President Trump tweeted that the U.S. would not grant Apple tariff exemptions, saying, “Make [Mac Pros] in the USA, no Tariffs!”

“We believe deeply in the power of American innovation.”

Apple rolled out the redesigned Mac Pro at its Worldwide Developers Conference in June, and it is expected to go on sale this fall. Production in Austin will begin soon, the company said.

“We believe deeply in the power of American innovation,” Cook continued. “That’s why every Apple product is designed and engineered in the US, and made up of parts from 36 states, supporting 450,000 jobs with US suppliers, and we’re going to continue growing here.” 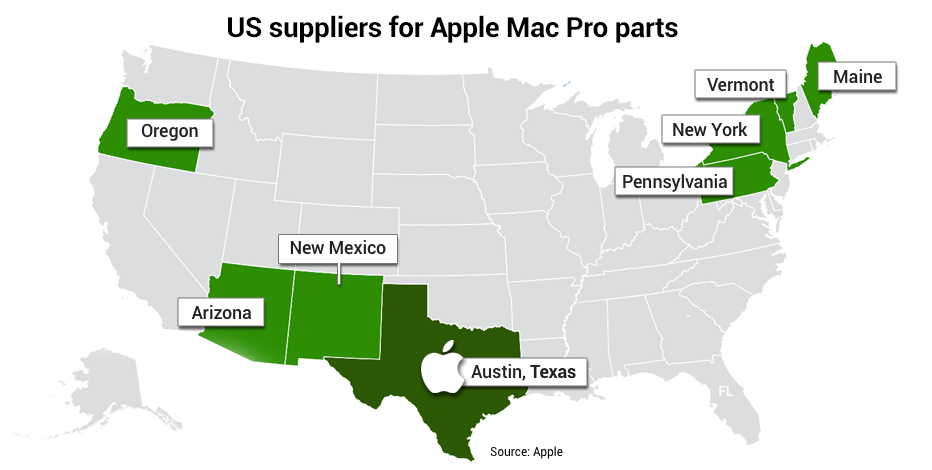 Prices for the new Mac Pro start at $5,999. The computers tend to be used for music and video production.

The announcement is more good news for Austin, which has the most Apple employees of any U.S. location outside its headquarters in Cupertino, California – 6,200 as of December 2018. The company said in December it is spending $1 billion on a new North Austin campus for 5,000 more employees, with the capacity to expand to 15,000 workers.

At a dinner in August, Cook made a “very compelling argument” that U.S. tariffs on Chinese imports are hurting American companies like Apple, but not its South Korean competitor Samsung, Trump said at the time. 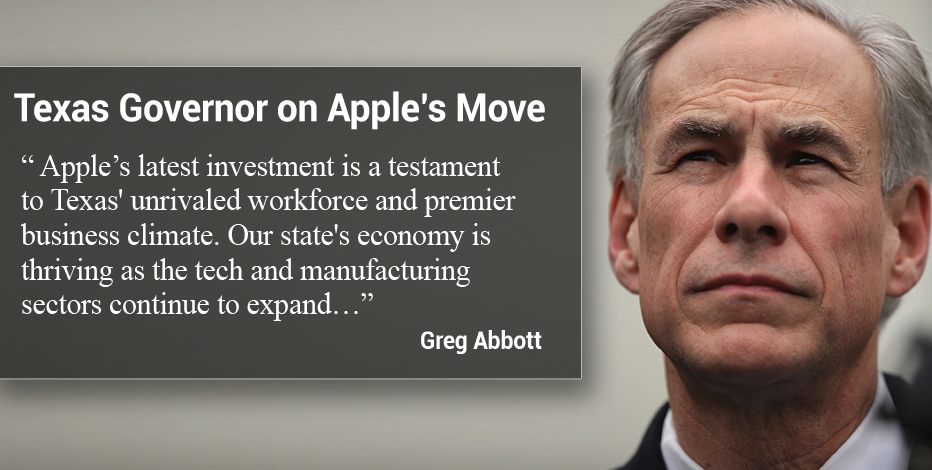 “Our state’s economy is thriving as the tech and manufacturing sectors continue to expand,” Abbott said. “I am grateful for Apple’s commitment to creating jobs in Texas, and will continue to promote fiscal and regulatory policies that encourage investment in our state and benefit future generations of Texans.”