Ant Group’s initial public offering could be delayed by at least six months and its valuation sharply reduced after Beijing abruptly halted its trading debut this week, people directly involved in the deal and investors said.

Shares of China’s biggest financial technology group, which was set to raise $37bn in the world’s largest IPO, were due to begin trading in Shanghai and Hong Kong on Thursday.

But the Shanghai Stock Exchange suspended the listing on Tuesday night, a day after Beijing announced draft regulations that investors said would force the payments company to rethink its business model.

Lawyers involved in Ant’s listing said the company would have to respond to Chinese regulators’ demands and submit a new IPO prospectus in Hong Kong, which could take at least six months.

“The key thing is these new regulation changes,” said one person with direct knowledge of the deal.

The draft regulations could weigh heavily on Ant’s lending business, which drove about 40 per cent of its sales in the first half, and have an impact on the company’s valuation.

The rules require internet platforms to provide at least 30 per cent of the funding of their loans and to cap loans at Rmb300,000 ($44,843) or a third of a borrower’s annual salary, whichever is lower. Currently, Ant funds only 2 per cent of its total loans with the rest coming from other sources such as banks.

The changes could dramatically alter the risk profile of Ant, which currently acts as a high-tech matchmaker between banks and borrowers.

Based on estimates that Ant has Rmb1.8tn ($271bn) in consumer loans outstanding, research company Morningstar calculates it will have to hold Rmb540bn in loans on its balance sheet.

Piyush Gupta, chief executive of Singapore-based DBS, one of the banks involved in underwriting Ant’s IPO, said the fintech company may “need to reconstruct their business models, and so the business model projections might change”.

Ant Group declined to comment on the current timeline of its IPO.

The new regulations could make its business model more akin to a bank, a sector that is highly regulated, investors said. It could also leave Ant’s balance sheet more exposed in the event of loans turning sour.

“The value of Ant depends on the extent to which [the] new rules are implemented,” said a Shanghai-based fund manager who subscribed to Ant’s IPO. “If they get strictly carried out, Ant would be worth less than half of what it is now.” 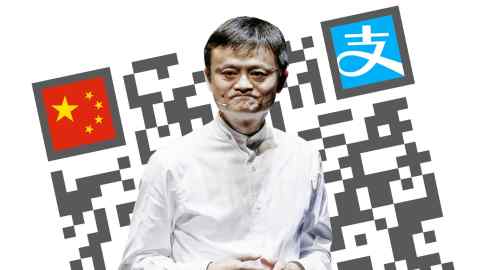 Jerry Wu, a fund manager at investment company Polar Capital, said that Ant’s valuation was likely to be lower for any revived IPO as investors cut their expectations for its growth.

“That is going to have an impact on how the market values it and sees the risk,” said Mr Wu, whose fund owns a stake in Alibaba, the Chinese ecommerce group from which Ant was spun off.

The IPO is “not going to happen any time soon”, he added. “It could be six months, nine months, a year or two.”

There are some hopes within Ant that there could be changes to the draft regulations, including the requirements on funding. “It is only a draft for public opinion, not legally binding . . . nobody knows what and how much it will change,” said a person familiar with the group’s thinking.

Some are optimistic about how quickly the IPO could be restructured. “My own sense is that Ant will be back in the markets over the next few months,” DBS’s Mr Gupta added.