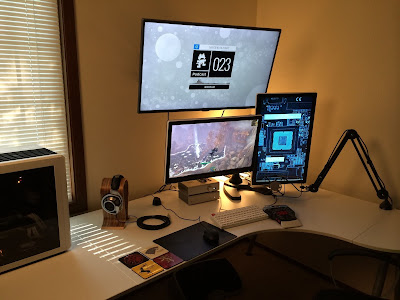 I know you are well versed in what happened with the /CLK20 oil crash on Monday.  As someone who trades oil futures, among others, on a retail platform, let me relate to you some of the time before the crash and this week’s aftermath.

The retail platform I trade on allows trading in the /CL front month on the last trading day, whereas many do not. I had shorted at 19.2 in the May contract.  Normally I try to roll 3-4 days before expiry, but I felt that things were different this time, and that I should try to ride this down.  CME announced that they were going to allow negative prices, and shortly thereafter, my broker’s risk management determined that they were not going to allow their clients to trade a negative price.  I received a “margin sale” purchase of my shorts at 1.09.  It was a nice gain, but shortly after that, the real carnage began.  I could understand forcing the long trades out, but my short was in no way a risk to their operations.  They could have 6X the margin requirements for that time period, and I still would have had ample funds to cover.  Their decision to suspend all /CLK20 open trades cost me a 17% bump.  While the broker has stopped out my trades a few times on last trading day in the last 9 years, saving me taking possession of the underlying commodity, I had positioned myself correctly, had a stop trade in place to cover, and was attentively watching in between homeschooling the kiddos. My open trade had about 3 hours before I would have been forced to liquidate.   I have asked what their response would have been if the trade price would have fallen from 100 to 60, wondering if they would have behaved the same way. I have not received an answer to that one. Around 6,000 contracts traded negative from the first negative trade to 2:30 PM.

Now, of course, the flip side is what happened to Interactive Brokers.  They had clients who were long /CLK20 heading into the close. Apparently IB had 15% of the open interest.   Because of the precipitous slide, IB became the backer of last resort, and lost $88 million.  But, hey, if their risk management isn’t on top of things, that is not my fault.  One other broker told me they had their clients liquidate on Friday, so they were in the clear.

On Tuesday, I placed another short trade on /CLM20 June contract, which yesterday had 28 days until last trading day.  As it crashed down to 6.50, my broker announced that it was only allowing closing trades.  Based on my stops I got bounced out for a gain.  I then tried to get in on the action on the /CLN20 July contract, but my signal was not hit.  Today, my broker announced that clients could not trade the June or July Oil or Brent Oil contracts unless closing an open position, nor could one trade any of the underlying options.   CME had announced negative option strike prices would be available today. This was despite the /CL contract requiring a 11,250 margin deposit for one contract, which would require an 11.25 price move.  To say this is a rare occurrence is an understatement.  Before this week, I found 4 days in 2008 (one up(!), three down), and one in 2011 within the last 15 years.   This year, there was March 9th, when Saudi Arabia and Russia said they weren’t turning off the pumps, and again on Monday.    The retail brokers are playing the CYA game more than anything.  The reason expressed to me was that these were closed to client because of “liquidity and volatility issues”. At the time I was told this, the June contract had 800k trades today, and the July contract was at 300k.  Typically, the forward contract trades around ~500k contracts a day.  Each had a penny spread on the bid-ask — this was not a liquidity issue 28 days out on the forward contract.

I was talking to their desk the other night, and was told that a lot of their clients are trying to “buy oil” without understanding how to properly do that, and a lot are probably rushing into the USO ETF, which seems likely to become a dumpster fire.  I joked that I had rented a supertanker (damn, that was good play in March….)

I am currently looking for a broker that will still allow clients to trade the forward month, and will allow their clients to trade negative prices, just in case there is a repeat of Monday.  If my current broker doesn’t want my business in the energy sector, I’ll find another.

Keep the analysis coming. Yours is one I don’t miss.