First, initial unemployment claims, with data coverage through the week of October 17th: 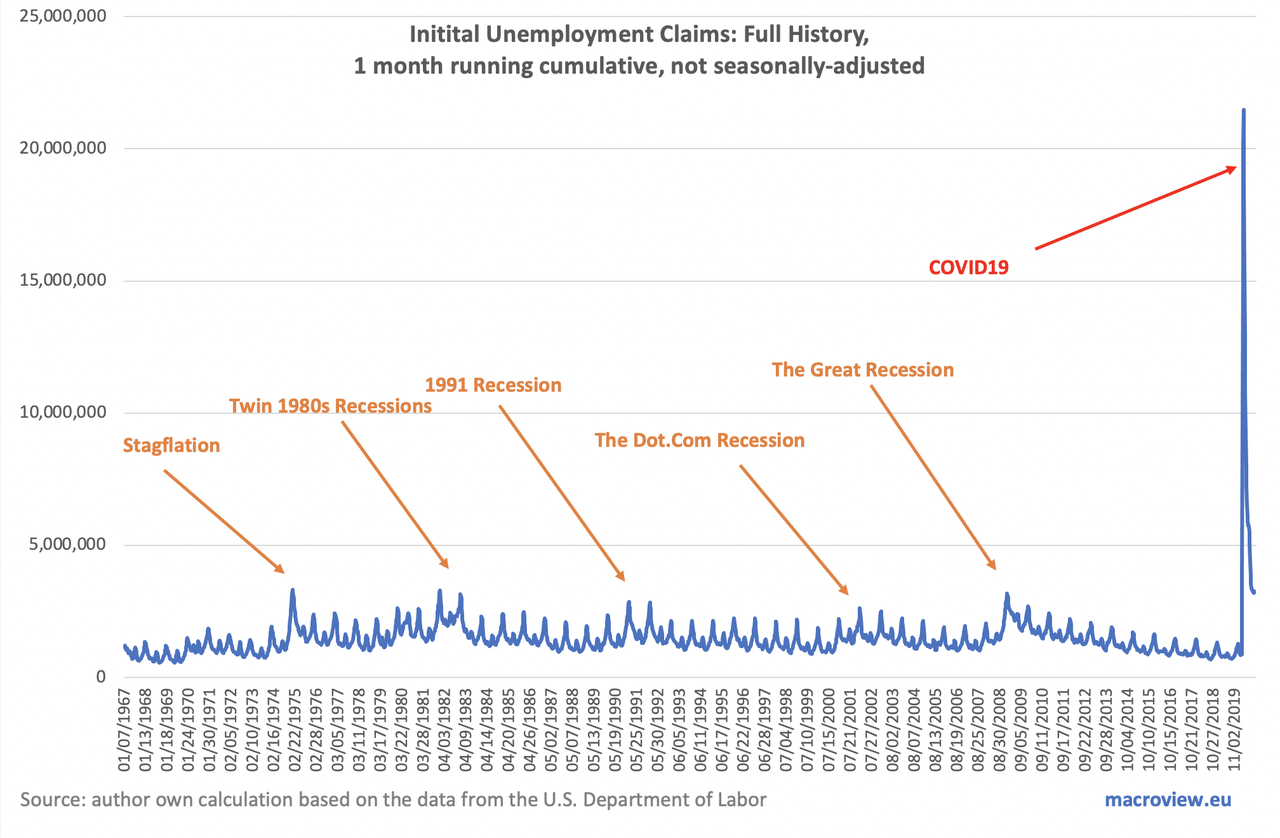 The above chart shows 1-month cumulative initial unemployment claims, smoothing some of weekly volatility in the series.

In line with the crisis timing, average duration of unemployment is climbing up, too: 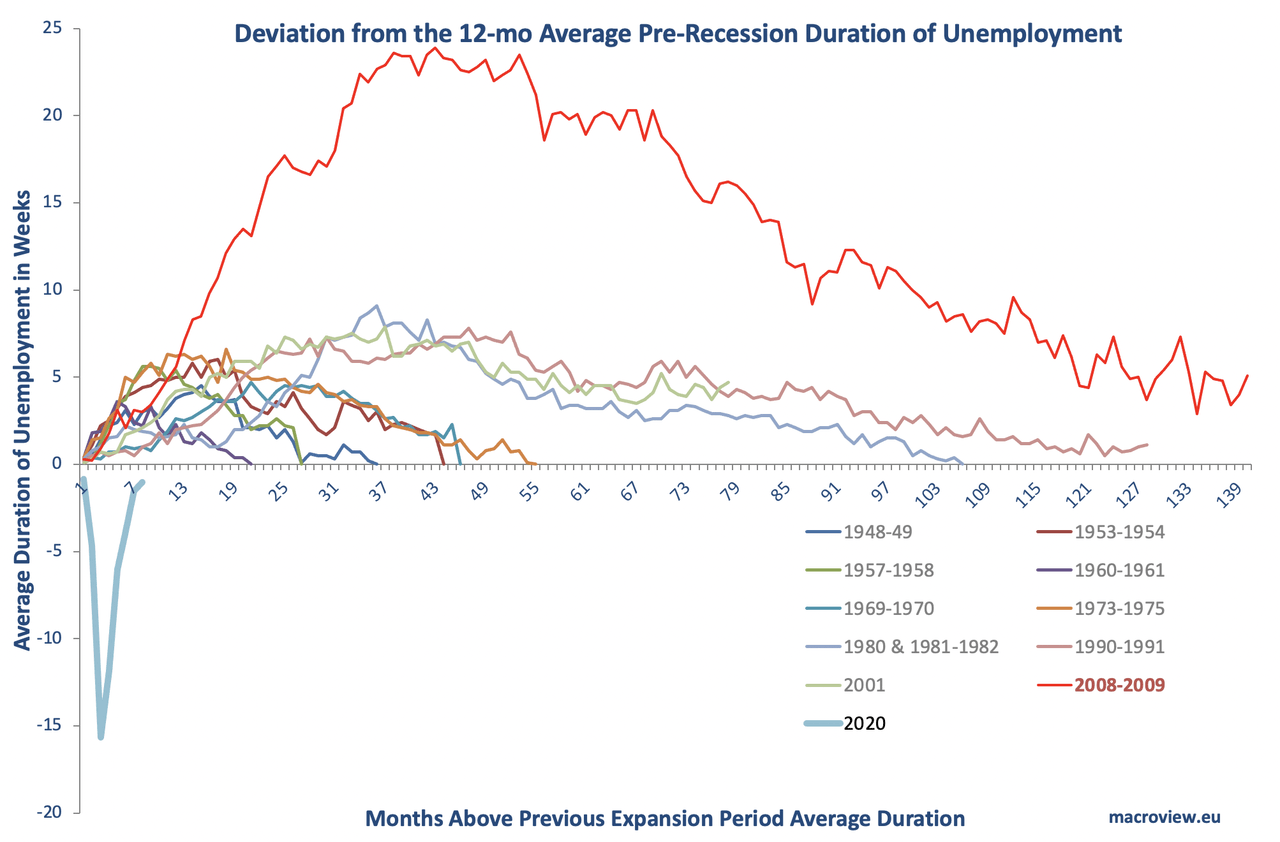 Based on monthly data through September 2020, average duration of unemployment is about to hit pre-crisis average in October. This sounds like a good thing, until you realise that the duration of unemployment fell to historically low levels as COVID-19 crisis unfolded because of the unprecedented rate of jobs losses and unemployment claims increases (see net chart below). It remains to be seen how it will behave in months ahead. 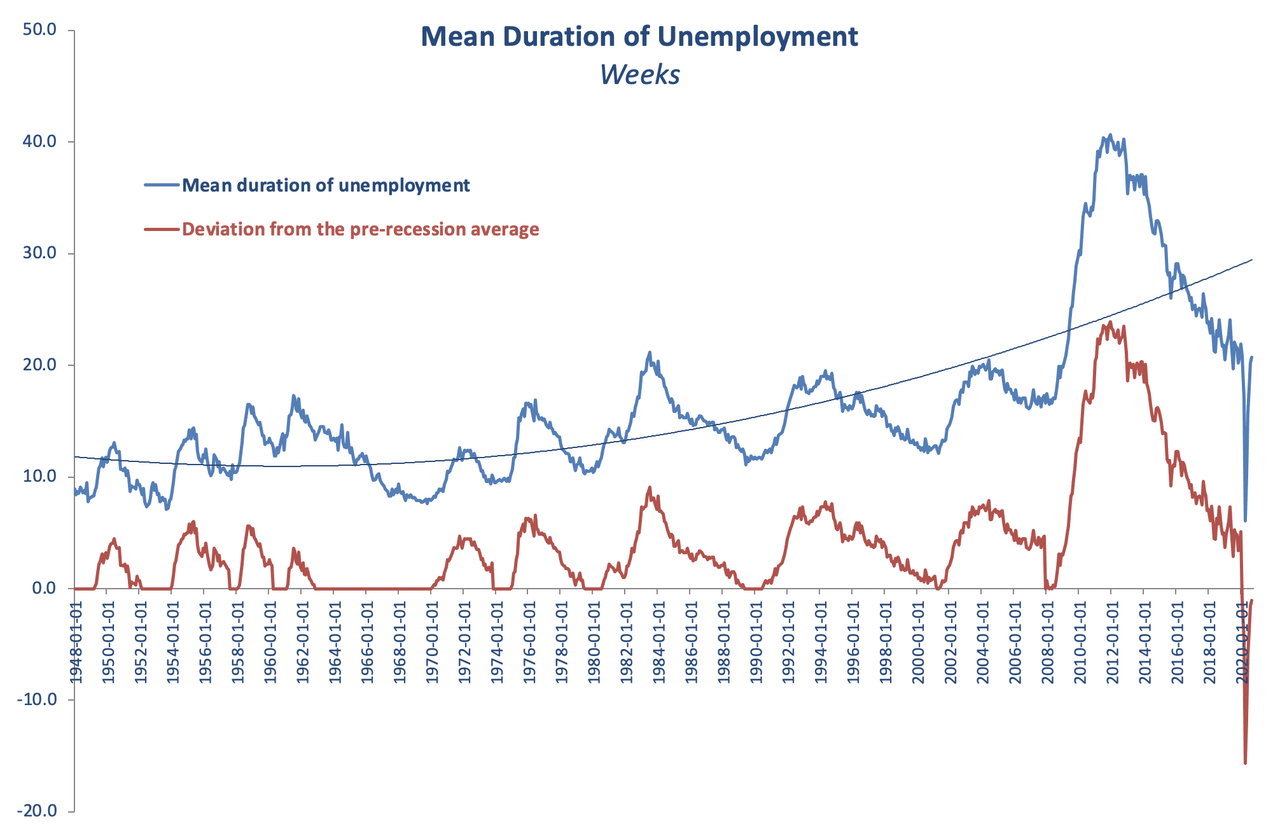 For the last chart, consider employment index dynamics though September 2020: 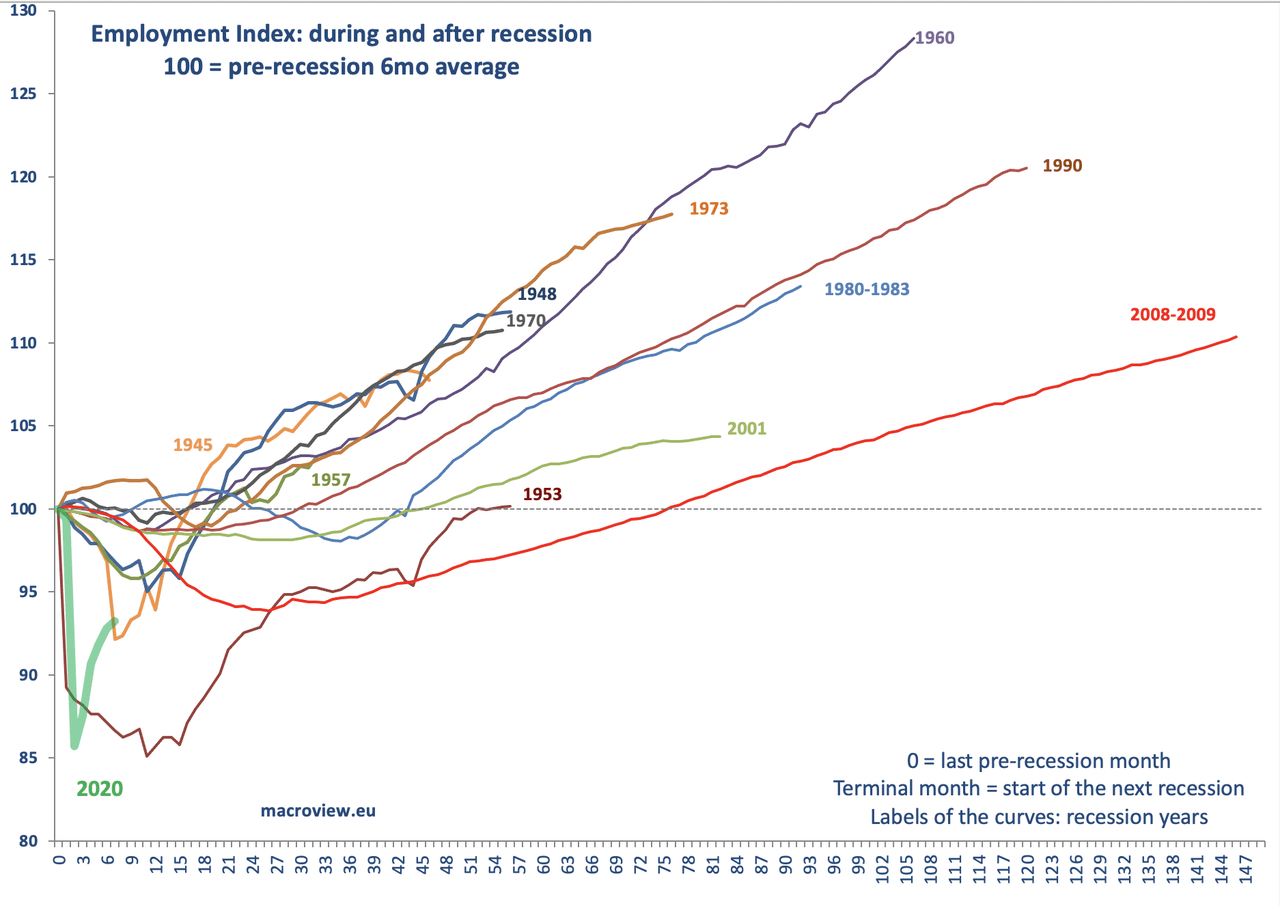 Despite the headline ‘historically fast’ recovery, actual employment remains in dire state, with current dynamics through September 2020 indicating the third-worst employment performance in the history of the modern economy. Based on the 3-month average gains in seasonally-adjusted employment, it will take us another 8 months before we regain pre-crisis peak employment levels, implying the 5th fastest recovery in employment in history. Based on September’s rate of improvement, the process will take another 16 months, which would make the current recovery the fifth slowest on record. Based on the dynamics of change in the jobs recovery since May 2020, we can expect the jobs recession to last 45 months, which would make it the third-worst recession in history. So far, the average rate of decline in the jobs gained per month during the recovery is 15% per month.

In the Great Recession, it took the economy 76 weeks to recover from the trough of the recession to pre-recession peak employment. The average monthly rate of recovery from the trough until regaining pre-recession peak was 0.128% per month. This would put the month when we would recover from the COVID-19 pandemic to July 2025, making the COVID-19 pandemic a second-worst recession in history after the Great Recession.