Alibaba: At The Center Of The Storm (NYSE:BABA)

Alibaba (BABA) is one of the few companies that was not much affected by the crash of the market in March. And this fact makes it particularly interesting to analyze the future prospects of the company. 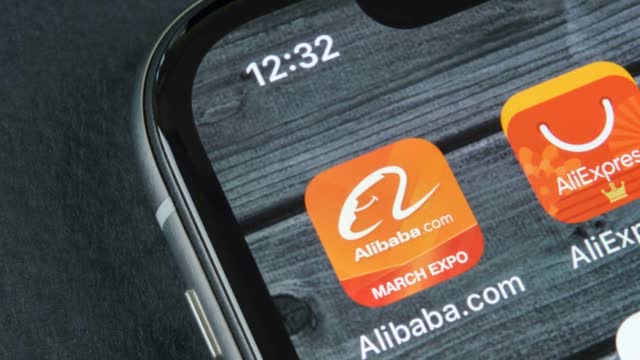 The long-term price dynamics of a public company’s stock very often follow an exponential trend. And in this respect, Alibaba is no exception: 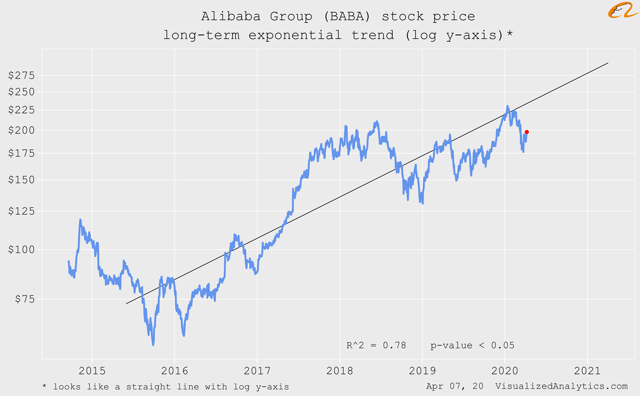 Now, the actual price of Alibaba shares is about one standard deviation below this trend: 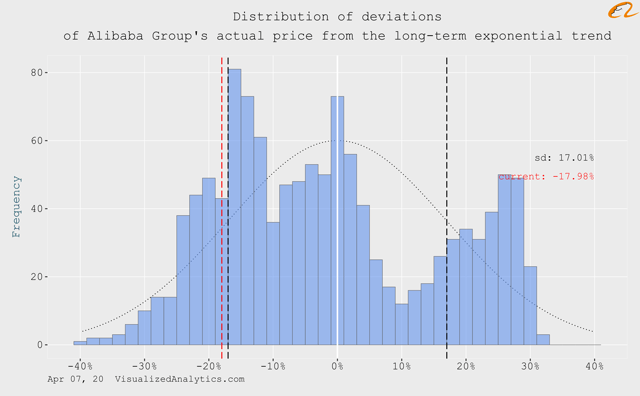 I want to note that similar things happened at the end of 2018 and in the middle of 2019. In both cases, the company subsequently caught up with its trend: 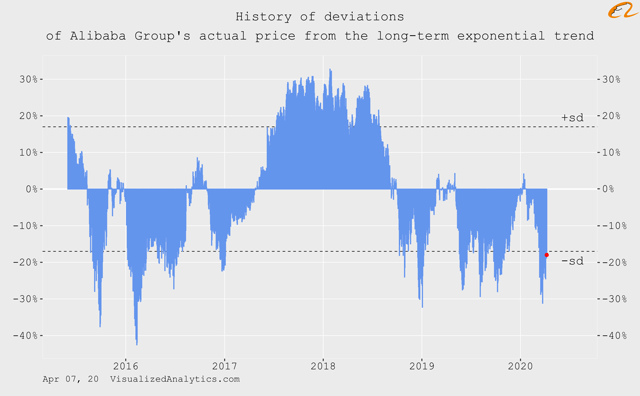 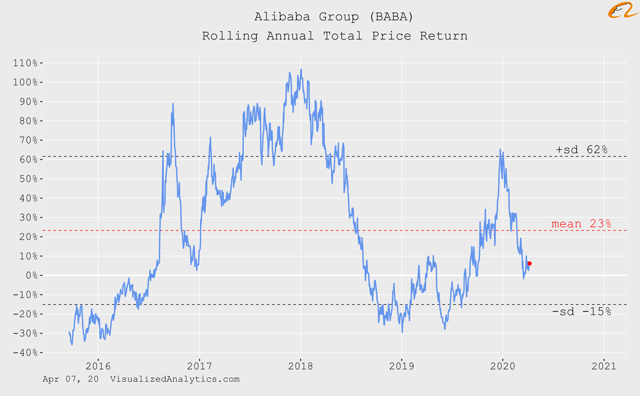 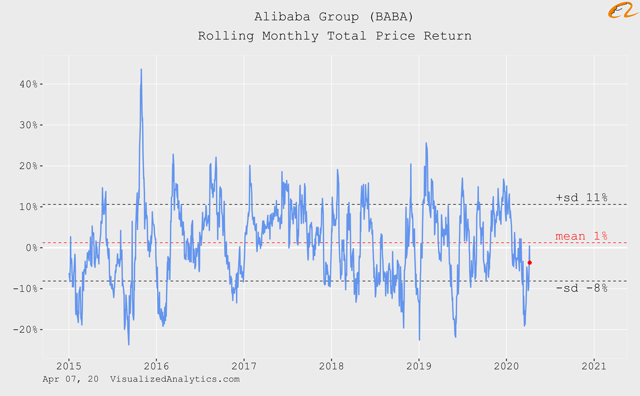 Technically, we should note that Alibaba modestly reacted to the market crash in March. I regard this as a positive sign.

When it comes to talk about Alibaba’s valuation, I select four key dependencies which allow us to judge how balanced the current capitalization of the company is.

The long-term relationship between the revenue TTM absolute size and Alibaba’s capitalization describes the company’s current price as perfectly balanced: 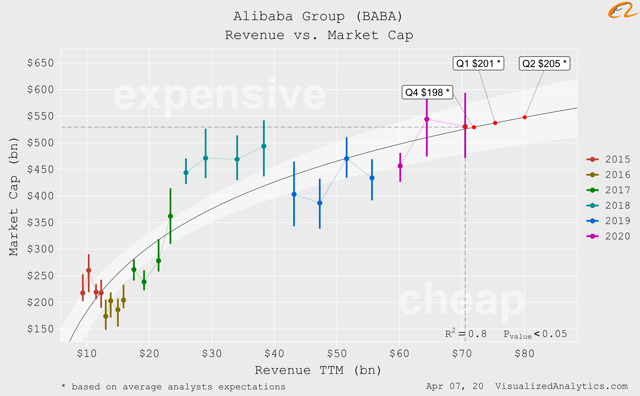 The same is true for the long-term relationship between the EPS TTM absolute size and Alibaba’s capitalization: 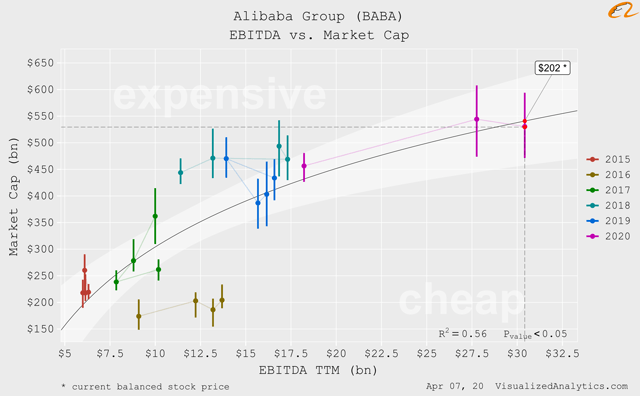 Considering the long-term relationship between the FCF TTM absolute size and the company’s capitalization, Alibaba is even slightly undervalued: 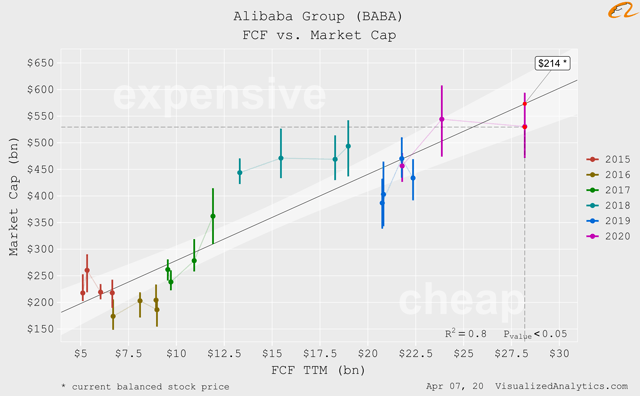 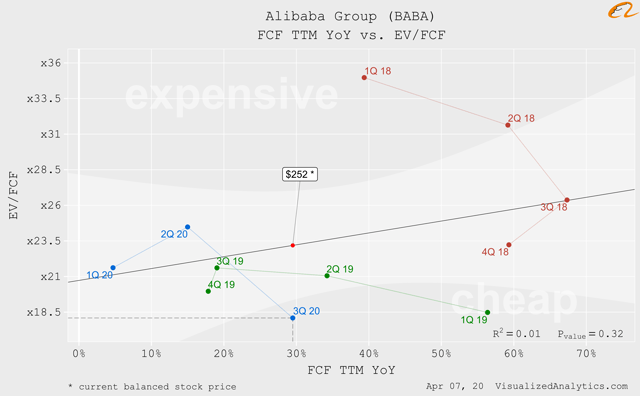 In terms of well-established relationships, BABA’s current price is classified as balanced or even slightly undervalued.

Judging by the P/S (forward) multiple, Alibaba is overvalued by 22%: 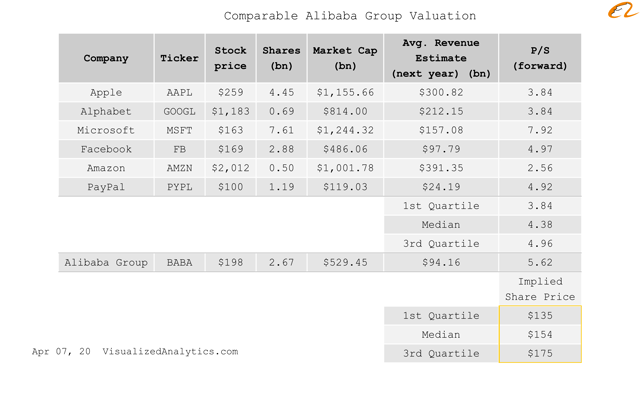 At first glance, such a comparison may not seem correct. But judging by the history of the last two years, this multiple serves as a good indicator of the balanced level, to which the actual share price has a tendency to return: 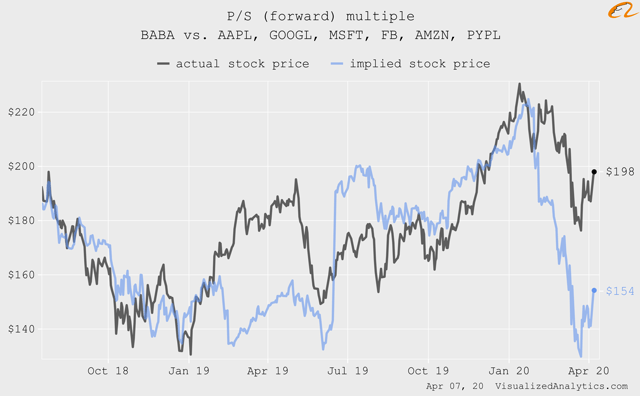 Comparing BABA through the P/E (forward) multiple, we obtain almost the same result: 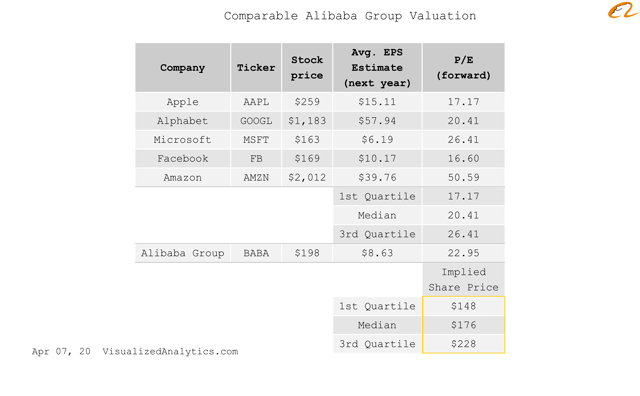 It is interesting that comparing BABA through such a fundamental multiple as P/BV, we see that the company is highly undervalued. But the result of this comparison has a long-term nature. 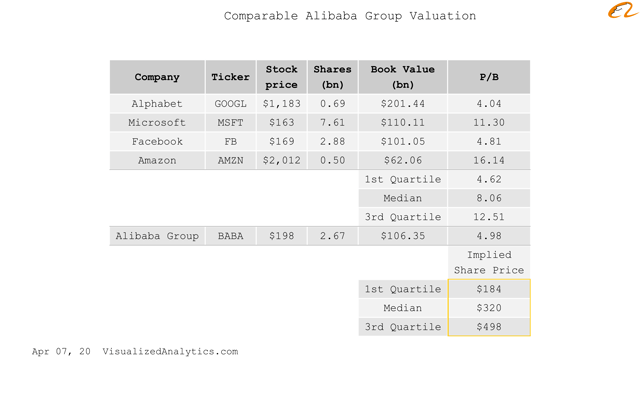 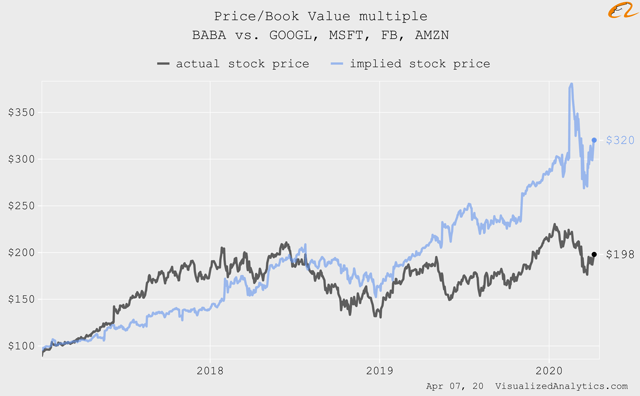 Now it is impossible to consider financial markets outside of the situation with the COVID-19 pandemic. And here, we find an obvious positive factor for BABA.

Here’s how the number of infected people is growing in China (log y-axis):

And this is Japan:

Obviously, if we can say that the peak of the epidemic has passed, that is only in the case of China. And most likely, for example, the United States is only at the very beginning of the journey: 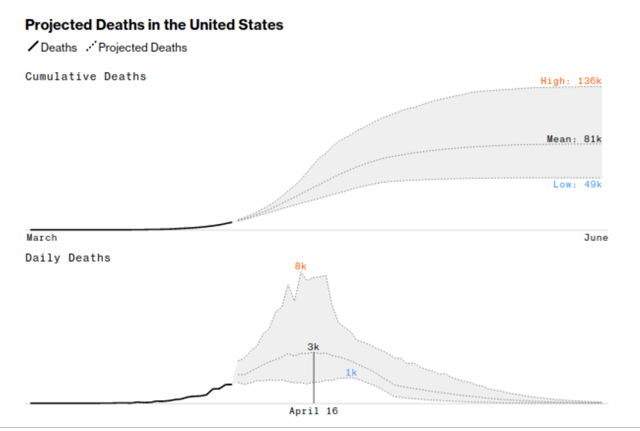 This leads to the fact that business activity in China is improving. Which cannot be said about the rest of the world: 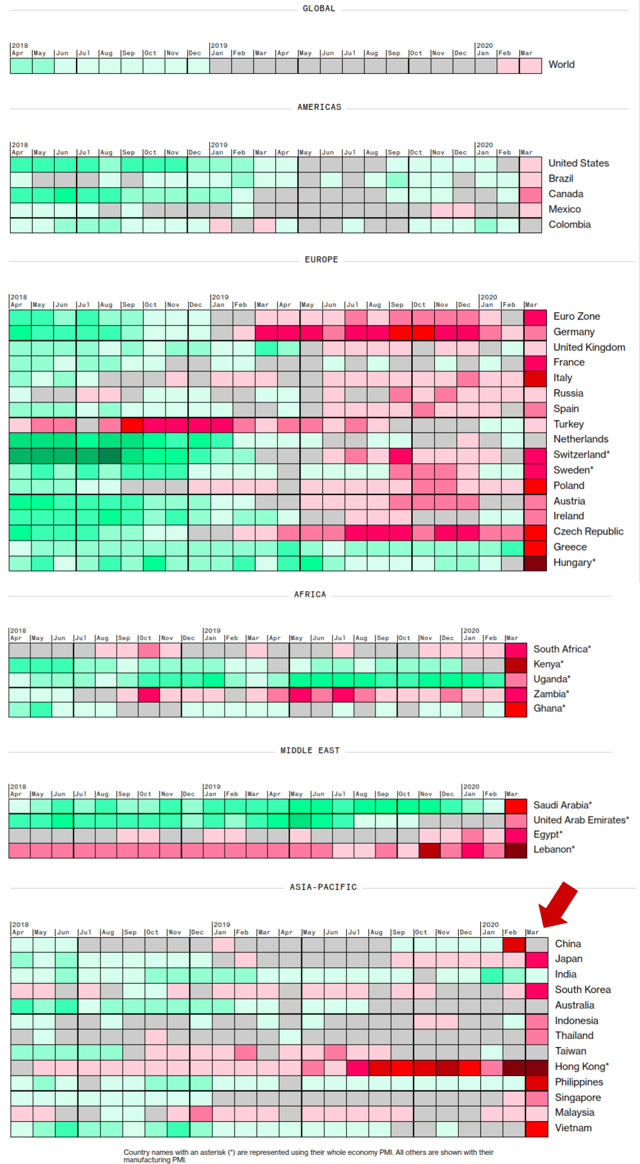 Now, many are wondering if there will be a second wave of market decline. I think that will be the case. But I believe that Alibaba’s capitalization will not be affected much.