ALERT: Socialists Calling On Biden to Make An End Run Around Congress By Using the Federal Reserve to Support Big Spending Program 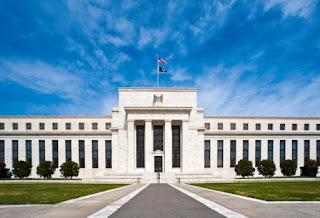 With the prospect of the Senate being controlled by Republicans (dependent on the results of the January 5 Georgia runoff elections), left-wing think tank New Consensus co-founder Demond Drummer is proposing  Joe Biden use the Federal Reserve to sidestep Congress to “build back better,” reports The Hill.

“No matter what happens in Georgia whether or not … future President Biden has a cooperative Senate, there is nothing stopping the Biden-Harris administration from financing its agenda to build back better,” he continued.

Unfortunately, Demond is on to something here. Launching spending directly through the Federal Reserve could be a loophole to big-spending. And it is possible that the Federal Reserve led by Jay Powell with Janet Yellen as Treasury Secretary could go along with such an initiative.

As Murray Rothbard wrote in The Mystery of Banking in 1983:

[U]nder the Monetary Control Act of 1980, the Fed now has unlimited power to buy any asset it wishes and up to any amount—whether it be corporate stocks, bonds, or foreign currency. But until now virtually the only asset the Fed has systematically bought and sold has been U.S. government securities.

The evil Act was signed into law by President Jimmy Carter on March 31, 1980. Now, the AOC socialists want to take advantage of it, to gain more government control over the economy.

This is could be one of the most diabolical schemes to come out of the socialist circling around the Biden administration.