Airbnb woos investors with return to profit ahead of IPO

Airbnb revealed the scale of the financial hit to its business from the coronavirus pandemic on Monday, as it published the prospectus for its long-awaited stock market listing and began its attempt to persuade investors to back the company as activity rebounds.

The San Francisco-based accommodation booking service recorded losses of nearly $700m on revenues of $2.5bn in the first nine months this year, the regulatory filing revealed, widening from losses of $323m in the same period last year.

At its nadir in the second quarter, Airbnb suffered a $576m loss as the travel industry collapsed. However, the company swung to a profit of $219m in the third quarter.

The filings set up an important test for the 12-year-old company — and for investor confidence in the global travel industry, whose fortunes have improved following positive developments in the race for a Covid-19 vaccine.

Airbnb warned of a volatile future, with fresh lockdown measures, particularly in Europe, adversely affecting the current quarter. The company also warned it could not yet predict the total effect of Covid-19 on its business.

Airbnb was aiming to raise about $3bn in an initial public offering in December, which was expected to value it at about $25bn to $30bn, according to people briefed on the discussions.

Investors had previously purchased equity warrants giving Airbnb an implied valuation of $18bn as part of a rescue financing deal the company struck in April.

Airbnb attributed the third-quarter profit to heavy cost-cutting, particularly in marketing. Revenues were still down 18 per cent, year on year, at $1.3bn for the quarter.

It reduced its spending on advertising by almost $400m in the first nine months of 2020 compared to the same period in 2019. In May, Airbnb also announced it would lay off 1,900 people, or about 25 per cent of its work force.

Airbnb warned it would experience an even greater year-over-year decline in bookings during the fourth quarter compared to the third quarter.

But its prospectus sought to persuade investors that its business can adapt to travel restrictions imposed by the pandemic, highlighting guests who used the service to book long-term stays closer to home.

The company said the fallout from the first wave of lockdowns in March had created financial hardship for hosts but had not resulted in a material change in the number of listings on the platform between December 2019 and September 2020.

“We do not believe it is possible to predict the Covid-19 pandemic’s cumulative and ultimate impact on our future business, results of operations, and financial condition,” it said in the filing. 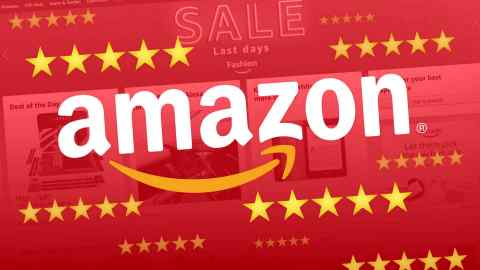 Airbnb estimated its total addressable market at $3.4tn, including $1.4tn for its line of “experiences”, such as cooking classes and local tours — echoing other tech start-ups that have touted large markets in their IPO paperwork.

Airbnb also revealed its tax filings were being audited by the US Internal Revenue Service, in connection with the “valuation of our international intellectual property which was sold to a subsidiary in 2013”. The company warned it could face a tax bill of $1.35bn, plus penalties and fees, but planned to vigorously oppose any decision in court.

At the end of September, Airbnb carried $2bn in debt from the rescue package it struck earlier in the year, with a blended interest rate of greater than 10 per cent.

The investment groups Silver Lake and Sixth Street, which provided $1bn of the financing, together own 42 per cent of the company’s Class A common stock, according to the filing.

The prospectus also warned Airbnb’s multi-series stock structure would concentrate voting power in the hands of its three founders, including Brian Chesky, its chief executive. Each share of their Class B stock holds 20 votes per share, compared to one vote per share for Class A stock.

Morgan Stanley and Goldman Sachs are serving as lead underwriters on the offering.