Air Canada: Be Afraid Of The Cash Crunch (OTCMKTS:ACDVF) 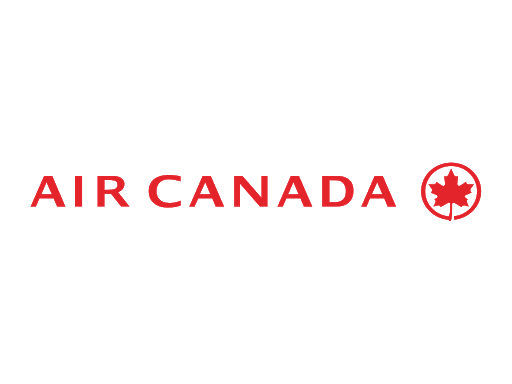 While almost all businesses across the globe are struggling in the midst of a COVID-19 crisis. Attention should now be placed on companies that have the balance sheet to make it through this slowdown. Air Canada (OTCQX:ACDVF) is one of the first companies to announce major layoffs to keep its business viable.

But I’m not sure if this is enough to stave off a cash squeeze. The airline has closed off most of its passenger business leaving very few avenues for money to flow in. Even though 2019 was a successful year for the airline, there is too much uncertainty hanging above the company.

Air Canada Ended 2019 on a High Note with Strong Financials

Air Canada left 2019 with good earnings. Compared to 2018, the airline had reported 6.3% growth in total revenues, and a 9.3% growth in operating income: 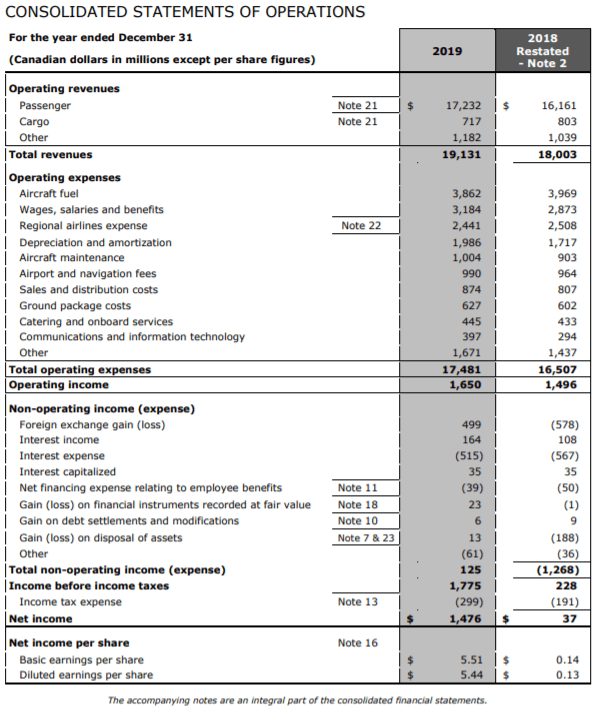 But no matter how good the numbers look at the end of 2019, cash flow is going to be an issue.

Its F Score was low too heading into the recession. Its rating was a 3 before the airline bounced back in 2010: 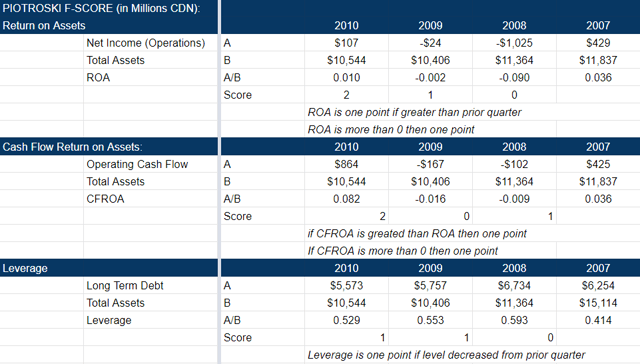 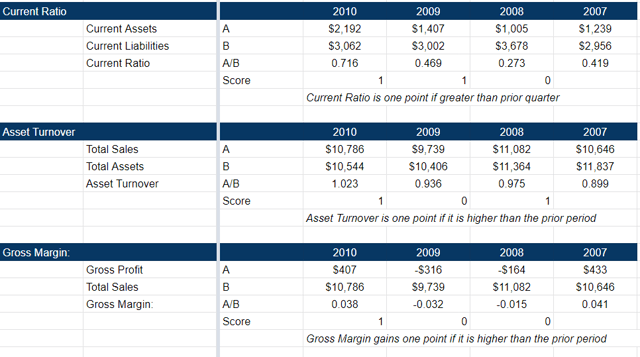 Air Canada went into the 2008 recession with a weaker current ratio and a weaker return on assets than in 2019. But the key difference then compared to now is the airline didn’t have to shut down most of its passenger business. If the 2008 recession caused a drop of $14.52 in EPS, the current recession could be even more severe.

Despite heading into 2020 with a much stronger financial position. The quick layoffs and executive salary cuts speaks to how dire its cash position is. At the moment, Air Canada only flies its international routes to pick up returning Canadians. My suspicion is these flights are operating at a loss because more than likely Air Canada is not flying anyone out of the country, and I’m not sure if the returning flights are full. So the revenue is only on passengers returning to Canada.

Also, the international routes are a money maker for Air Canada so shutting down these down is a big setback. International travelers make up almost 70% of its passenger revenue:

Air Canada is currently looking for ways to expand its cargo business but its cargo revenue is only $717 million, and makes up less than 4% of its total revenue in 2019:

From all the service cuts and the slight boost in its cargo business, I anticipate total revenues to be $2.03 billion

What this all means is as long as there is a quarantine or social distancing in place, no one is flying and Air Canada will have to keep its planes grounded.

With a lack of money flowing in, Air Canada faces a huge cash squeeze. If a business is losing money but it has the cash to cover the slow period then that is fine. As an investor, I would buy that dip. At Air Canada, I can’t see when that slow period is going to end so I anticipate the airline is going to be burning through its cash for quite a while.

I have analyzed what the cash savings could look like after the 2 recently announced layoffs:

On the wages and salaries end, laying off its initial 5,149 front line flight attendants will save the company approximately $304 million.

READ ALSO  Citi Warns "Markets Are Way Ahead Of Reality", Urges Clients To Raise As Much Money As They Can Before The Next Crash

The second layoff of 16,500 employees with salary cuts among the executives should save about $800 million: 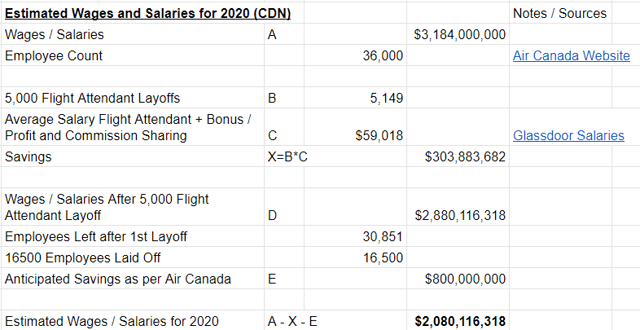 The media reports had mentioned the second round of layoffs should save the airline at least $500 million – hopefully. I decided to be a bit aggressive in my assumptions and use $800 million instead

Aircraft fuel is Air Canada’s largest expense item in 2019. It is also a variable cost so if planes do not fly then there should be some savings in fuel. For my 2020 projections, I had assumed aircraft fuel to be a percentage of revenue (21.52%) and arbitrarily cut 7.5% to reflect a drop in gas prices:

For 2020, I am anticipating $284 million in aircraft fuel consumption

I haven’t factored in other expense items and in 2019 there were approximately $11 billion worth of other operating expenses. For sure some of the $11 billion will come down for 2020, but some costs will still be on the books.

The caveat to these numbers is I am assuming services will be cut for the rest of 2020 which is not realistic, but I wanted to illustrate a point that there is a cash crunch here.

The company had mentioned there is a billion dollars in line of credits to draw upon plus an additional $7.3 billion in cash. Its 2019 annual report also shows a $7.8 billion in current liabilities. So its working capital is almost nil.

Another punch to the gut is a potential class-action lawsuit against Air Canada because it had refused to provide refunds, and instead only travel vouchers. For now, the class-action lawsuit has not been certified by the courts but it could mean millions if it becomes a real lawsuit.

Air Transat Deal Could Be in Doubt

Given the circumstances Air Canada is in, I’m not quite sure if it would still move ahead and acquire Air Transat (OTC:TRZBF). Absorbing another airline would also entail taking on more operating costs and it is a headache Air Canada management doesn’t want.

Also, closing on this transaction now might not sit well with Air Canada employees. Because look at it this way, the company had to layoff thousands to save the airline millions, but on the other hand it took those savings and spent $720 million to buy out its competitor.

My biggest concern with Air Canada is the cash flow uncertainty. In the last recession, Air Canada saw its earnings per share fall by $14.52 and not all of its flights were curtailed at the time. Today we are looking at 85% to 90% of its routes shut down so the losses could potentially be bigger than the last recession. Also, it is going to take several months before operations can normalize again so the company can be facing losses for more than a few quarters.

Despite all this, I believe the chances of bankruptcy is low. Canada needs a national airline and at the moment it is serving an important need as it is carrying medical cargo and important supplies between countries.

Investor’s Approach to this Stock: Wait Until After Q2-2020 at Least

The financial results from Q1-2020 will not show the full impact of COVID19 because things started taking a turn for the worse in mid-March. Q2-2020 is when the airline will have felt the full impact. The stock price will drop even more once the market sees how bad the financials are then.

Also in the interim, I think there will be more turbulence in this stock. The $1 billion in lines of credit may not be sufficient to cover day to day operations, and the longer this quarantine holds, the more cash it is going to need. I am confident management will do whatever is necessary to keep the company running but the return to profitability could be a long time coming.