In this article, I’d like to articulate on Activision Blizzard (NASDAQ:ATVI) and why their newest edition of Call of Duty represents a bull opportunity for them. One should note the terms “Activision,” “COD,” “Warzone,” and “Modern Warfare” are used interchangeably and refer to the same entity.

Activision Blizzard is a company with momentum, they are currently experiencing record-breaking levels of activity on their Call of Duty platform. Both their Modern Warfare premium game and the free battle royale have outdone themselves and this represents a unique opportunity. When gamers are fond of your title and stick to it, monetizable opportunities start to present themselves. This is a trend that has emerged in the industry and one that Apex Legends and Fortnite have succeeded in capitalizing on in the past (more on them later). The idea is simple, get gamers on your platform, and the money will follow. 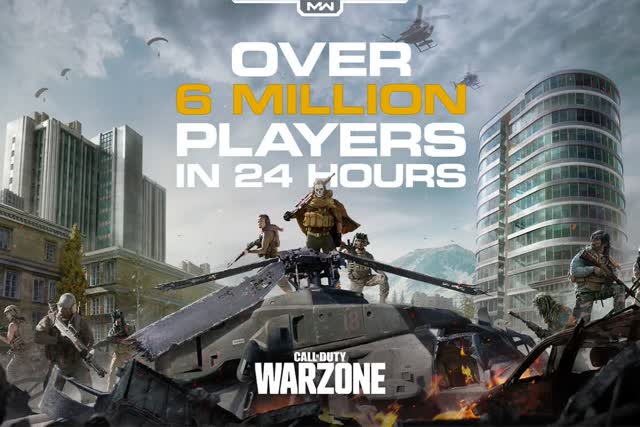 The companies that implemented seasons so far appear to have experienced a win-win. Rather than wait for a new game altogether, content is introduced more frequently with small updates. Gamers are happier with the abundance of content and companies have the potential to make more money.

While Modern Warfare and Warzone are not entirely new, they are still relatively fresh and I have strong convictions that its value may not be fully captured in Activision’s stock price. I believe ATVI is undervalued and once the money on their new initiatives is realized through revenue growth, their stock could very well recover towards their previous $80 zone and advance past it.

Battle passes, battle royale, seasons, these terms are thrown out often and may appear arbitrary to investors. But they all point to a bigger picture, which is, ATVI is upping their game and modernizing after two lackluster years. With declining revenues and the gaming community flocking to other titles, it was only a matter of time.

Today, Activision trades at a relative discount to itself historically and to the market (S&P 500). I ask that your attention gear towards these spreads. In figure 1 between P/E & Price, and in figure 2 between the two P/Es.

ATVI’s new strategy pertaining to their newest edition of Call of Duty can be touted “the Fortnite model.” And since Fortnite experienced tremendous success with it, one can say the same for the passionate COD fan base which has been around for much longer. Gamers have a certain affinity to titles and the stories that come with them. At the time when ATVI announced they were bringing back Modern Warfare, it was met with much praise, especially after a few less successful years in the more futuristic setting of COD.

Or put in another way:

nostalgia is a hell of a drug.

Here are some statistics and facts that capture this praise, and suggest Warzone can be a driver of growth for years to come: 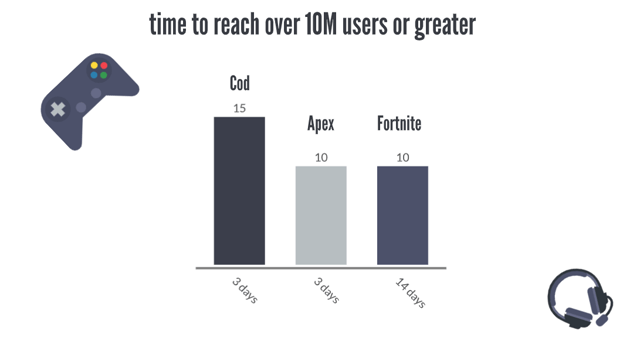 Micro-transactions appear to be the future of gaming, I’ve spent a fair deal of time with the game and have witnessed so far: new guns, melee techniques, colors schemes, laser bullets, and other cosmetics players can attach to their player. What makes transactions on cosmetics unique is they do not enhance performance whatsoever. But when gamers dish out their hard-earned dollars (or in the case of the younger gamers, their parents’ hard-earned dollars) on just cosmetics, it speaks out to a certain commitment and attraction to the game itself. It also speaks out to long-term value, because gamers don’t spend their limited resources on these if they don’t see themselves playing the game long term. I remember the vast cosmetic transactions in Fortnite acting as a counter-argument for those who chose not to recognize Fortnite’s success, suggesting it was merely experiencing 15 minutes of fame.

I am estimating a positive revenue surprise in the coming quarters for ATVI as these micro-transactions and battle passes will trickle towards their top and bottom line. For comparison, EA (NASDAQ:EA) made nearly half a billion dollars from transactions for Apex Legends. Fortnite made about $3 Billion at the peak of their fame. It would be a nice idea for Activision to emulate these Fortnite figures (and they very well may) but some might say they are the exception rather than the rule. For the sake of conservatism, I’d like to suggest their figures sway more towards EA but also somewhere in the middle.

And then there’s COVID-19 (you knew it was coming). While its true quarantine lifestyles are here to stay for at least the near term, the economic calamity as a result of this pandemic could be felt for years to come. There are many talented writers much smarter than I on this platform that have attested to this. The hyper-consumer credit card swiping culture of yesterday may not return for quite some time, and in tough economic times people often shift towards more affordable leisurely activities, with video gaming being one of the most low-cost activities one can engage in. 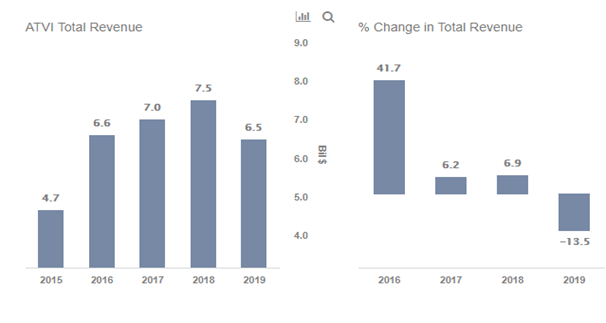 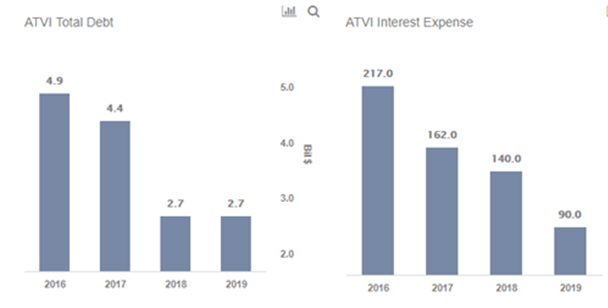 Activision Blizzard has been quietly improving their balance sheet and fundamentals. Total Debt & interest expenses are both fractions of what they once were. Maybe this went unnoticed because the company lost its growth stock allure after dwindling from its highs. Furthermore, their cash and investments stand at over $5.7 billion.

READ ALSO  Inflation Will Be Cyclical, Not Secular: Boockvar

Given Activision is new to the Fortnite model and the stock price has shown little movement in recent times, I’d say the potential sales from in-game transactions are not currently priced into the stock, and therefore suggest there is significant upside to capture in holding these shares.

Risks and challenges to this company include the gaming community shifting towards the next big “hit” and away from Activision’s titles, or alternatively, declines in Activision’s other titles to offset growth in the Call of Duty Franchise. COVID-19 and quarantine lifestyles as a result of this are leading to record numbers of users on the platform. In the event that COVID-19 de-escalates in an unpredictable fashion, we may also witness lifestyle adjustments away from video games, which may also lead to ATVI suffering.

Disclosure: I am/we are long ATVI. I wrote this article myself, and it expresses my own opinions. I am not receiving compensation for it (other than from Seeking Alpha). I have no business relationship with any company whose stock is mentioned in this article.