The traditional owners of a 46,000-year-old sacred Aboriginal site destroyed by Rio Tinto have rejected the miner’s claim it did not realise its archaeological significance before blowing it up.

In a submission to an Australian parliament inquiry on Friday, the Puutu Kunti Kurrama and Pinikura people accused Rio of repeatedly ignoring their concerns in the lead-up to the destruction of the rock shelters. The incident sparked an investor backlash and forced the departure of Rio chief executive Jean-Sébastien Jacques.

“The Juukan Gorge disaster tells us that Rio Tinto’s operational mindset has been driven by compliance to minimum standards of the law and maximisation of profit,” said the PKKP in its first detailed public comments on the episode. “PKKP believes that this is reflective of the industry as a whole.”

“We are also angry that, once we raised the alarm bells in the months and weeks leading up to the disaster, Rio Tinto ignored our requests and concerns.”

John Ashburton, chairman of the PKKP Aboriginal Corporation, said he hoped the submission would provide some clarity about the events leading up to a “shocking act of corporate vandalism”.

Rio has been scrambling to contain the damage to its reputation after it destroyed the two shelters in Western Australia’s Pilbara region earlier this year to expand an iron ore mine. Its flagship iron ore operation, which generates more than 90 per cent of Rio earnings, is based in the area.

The company received legal permission to demolish the site in 2013 but has been fiercely criticised for not changing its plan when its archaeological importance became clear.

The PKKP’s criticism of the miner threatens to reignite controversy over a scandal that has already forced the departure of three top executives.

Rio initially blamed the destruction on a “misunderstanding”, suggesting it was not fully aware of the site’s importance until a request from the PKKP to visit the shelters in May. But by that time the “blasting sequence had already commenced”, according to Rio, and it was not safe to remove the explosives.

Pension fund investors in Australia and increasingly the UK have begun questioning the scale of the Anglo Australian miner’s proposed exit payments to departing executives. Mr Jacques, head of iron ore Chris Salisbury, and corporate affairs leader Simone Niven could be in line for up to A$40m ($29m), according to analysts.

“Our call would be for a greater level of transparency on how the board has determined the exit arrangements and exactly what each of the executives will receive . . . because it’s not clear just by looking at the numbers,” said Louise Davidson, chief executive of the Australian Council of Superannuation Investors. 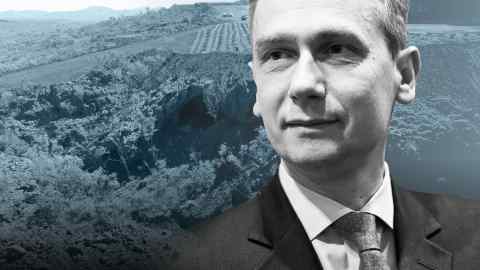 Investors would expect the board to push for lower payments she added, and the company should not delay full disclosure of their scale until next year’s annual shareholder meeting.

Doug McMurdo, chair of the UK Local Authority Pension Fund Forum, which manages more than £300bn, said Rio should try to claw back some of the payments “if the pay policy allows for it”.

He added that the LAPFF had not ruled out voting against Rio’s remuneration report and the re-election of directors at next year’s annual meeting.

“I have not been pleased with the board’s response to what has happened. They seem to have been caught on the back foot, both in respect of an awareness about the scale of the disaster and in respect of an appropriate response for stakeholders, including investors and traditional owners,” Mr McMurdo said.

Rio did not respond to a request for comment on the PKKP’s criticism or proposed exit payments for executives.