A Watershed Moment For Gazprom

In Russia, oil stands for money and gas for power. The extensive pipeline infrastructure connecting gas fields in Siberia with consumers in primarily Europe has been the source of interdependency and relative political power. In this context, no company is more powerful and essential than Gazprom, which is sometimes referred to as “a state within a state”. It also means, however, that the energy giant is no ordinary company as it has to deal with different KPIs than its peers.

Gazprom controls some of the world’s largest gas fields which dwarf the assets of competitors. The seemingly unlimited production capacity is the source of the energy company’s power and influence. Gazprom’s 10 percent share of the Russian economy is a token of its importance for the country’s economy. Furthermore, the company’s activities make up the bulk of Russia’s total fixed investments. 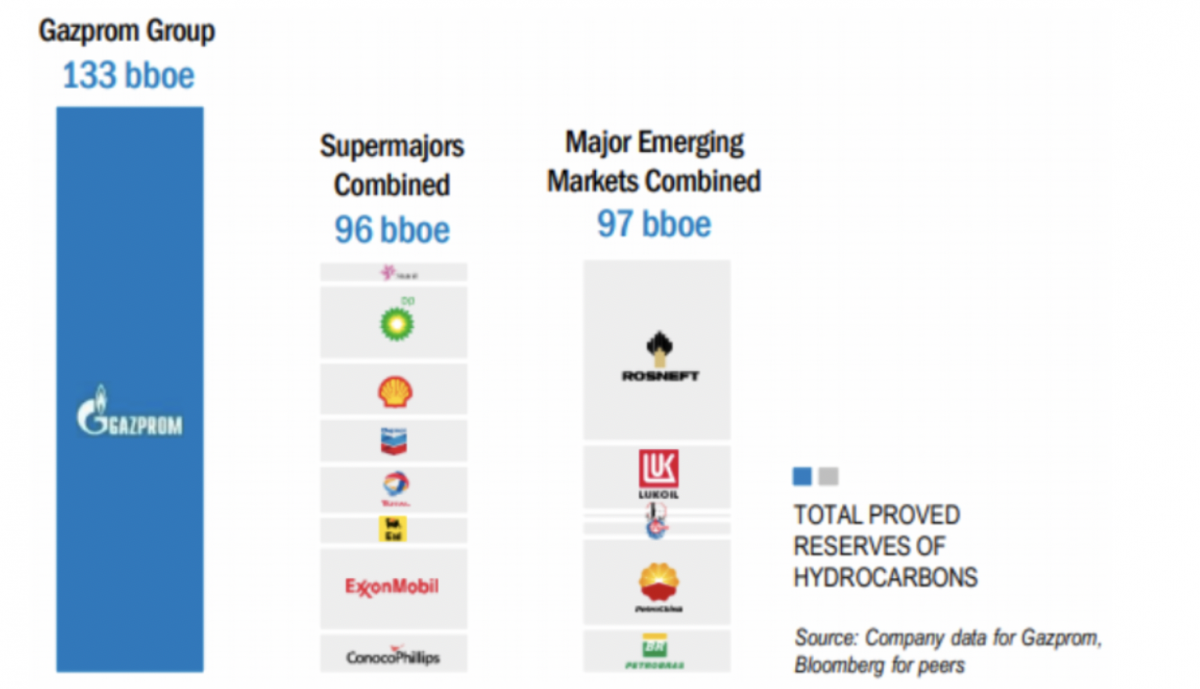 Before the financial crisis of 2007-2008, Gazprom’s market value stood at $360 billion. The company’s management even promised to raise the valuation to $1 trillion. Instead, things went from bad to worse, and share prices fell to a mere fraction of their previous value. The energy giant had lost approximately $300 billion of its value by 2015 when market capitalization stood at $51 billion.

Gazprom stocks, however, soared to unseen heights last month, rising 30 percent as the gas major decided to double its dividend to 16.6 rubles from 8 rubles previously. According to several sources, the Russian Finance Ministry has been pushing state-owned enterprises (SOE) such as Sberbank, VTB, Gazprom, and Rosneft to increase the pay-out ratio to at least 50 percent. This, in turn, raised investors’ profitability expectations.

Gazprom was rewarded with a sharp rise of its valuation by almost $25 billion to $71.4 billion within a couple of days. At the end of May, the company’s share value had risen sufficiently to break through the $75 billion mark for the first time in years. Gazprom’s performance had been lagging behind most SOEs in 2018, which the management ascribed to the company’s substantial investments in new pipeline infrastructure for markets in Europe and Asia. The Kremlin, however, seems to be losing its patience
when it comes to improving the efficiency and performance of the energy giant. 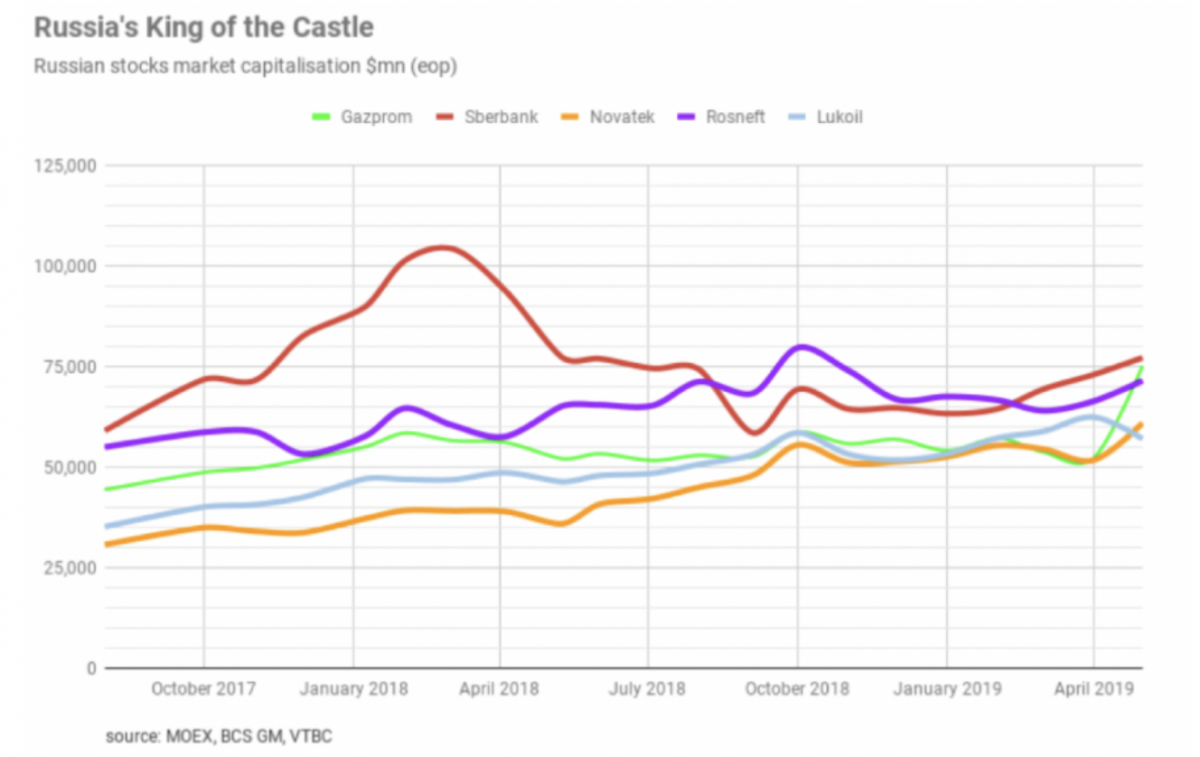 The Kremlin has launched 12 national projects to reinvigorate the Russian economy. One of the stated goals is to improve the efficiency of SOEs. An earnest effort has been made to curb spending on tenders and procurements, including the massive investment programs for the expansion of pipeline infrastructure to China and Europe. One of the measures to keep spending in control is organizing all projects under a single contractor, Gazstroyprom.

According to the World Bank, Gazprom is the most unproductive company in Russia. After the collapse of the Soviet Union, the company suffered from mismanagement and corruption. One of Putin’s first battles was to reform the company and change the management. However, in recent months, it seems that the current leadership is at risk of being sacked. Since February, three high-ranking employees have left the company.

According to specific sources, CEO Alexei Miller is also under threat of being sacked. His departure could be one of the reasons for investors’ believe that the current drive for efficiency is a firm intention to reform.

The Kremlin’s push for sustained profitability is music in the ears of private investors. The end of 2019 and the beginning of 2020 could be a watershed moment for the company as the construction Nord Stream 2, Turk Stream, and Power of Siberia near their end. It would benefit Gazprom’s position in two ways: sales should improve due to additional export capacity and the completion of the projects will reduce the financial burden concerning investments. Therefore, it seems likely that the company’s profitability will significantly rise in the next couple of years. The Kremlin’s intention seems to cash in after a long period of significant spending and infrastructure expansion. Furthermore, improving Gazprom’s efficiency and effectiveness should boost the company’s public standing and credibility.