A Poetic Critique of Tariffs 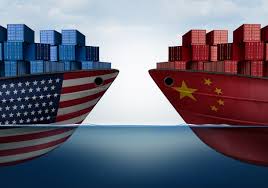 Tariffs, retaliation, and trade agreement delays,
It’s a crazy world we’re in these days.
Consumers are hurting; business investment is disconcerting;
And negotiations are going up in a blaze
.
Now the president is betting it all,
Imposing taxes on Chinese goods large and small.
But the tariffs have not achieved his aim,
And Chinese retaliation causes farmers great pain.

The best thing President Trump could do is rejoin TPP,
Join with all the world for China to see.
Cooperation beats isolation every time,
But it’s doubtful that he will see this rhyme.

So prepare for prices to go up at the store,
And tensions to rise more and more,
Because from where I’m standing there’s no end in sight,
And nobody wins in a trade fight.

The above originally appeared at American Action Forum.