Home Financial news A Hardcore Lefty Group is Drawing Up a Blacklist of Potential Cabinet Appointees in a Biden Administration That Biden Shouldn’t Appoint
2020-11-082020-11-08By finanz.dk 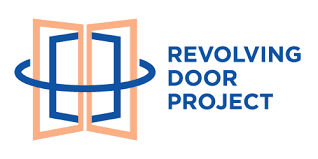 The extreme Left is well prepared to push the likely Biden Administration as hard as it can in the direction of social justice warrior central planning.

A group called the Revolving Door Project is already drawing up a “blacklist” of possible Biden appointments that progressives may view as problematic, reports The New York Times.

The project is part of the, Soros funded, Center for Economic and Policy Research. It is scrutinizing executive branch appointees for a Biden administration to ensure they use their office to serve the “broad public interest.”

The Revolving Door Project educates civil society in order to counteract the advantage that Wall Street and corporate America have in this rule writing process. We do this by alerting and educating the media and activists when hardworking people are being taken advantage of and clarifying by whom. If we want the executive branch to write rules that structure the economy away from rent extraction and in the direction of greater economic equality, we need to ensure the right people hold key executive branch positions like the Treasury Secretary and SEC Commissioner. The executive branch needs to empower dedicated civil servants rather than self-interested people rotating between relatively short stints in government and longer stints in the very industries they’re supposed to regulate.

What direction might the RDP move a Biden Administration?

Jeff Hauser is the founder and director of RDP. Before founding RDP in 2015, he spent more than three years with the AFL-CIO.

He has worked at the Soros-funded  MoveOn.org and served as executive director of the lefty group that harrases corporations, Majority Action and Accountability Now. He was also political director for the National Jewish Democratic Council from 2004 until early 2007.

“We want [Biden] appointees who will wake up trying to figure out, What can I do to make this government work for people?” Hauser told The Times. “There are allies who focus more on who they do want. We focus on who we don’t want.”

I consider Hause a very skilled tactical leftist. At all the hardcore lefty organizations where he has a say, the organizations couch their extreme lefty positions in soft language that does not immediately trigger alarm. His positions are always of the form, “We want to do good” rather than the full story “We want to do good by instituting authoritarian government edicts.”

And, indeed, note that his organization is called, The Revolving Door Project. Who the hell isn’t in favor of ending the revolving door between Wall Street and government? But what the name doesn’t reveal is that he is against anyone who is not an advocate of the extreme left agenda.

With his blacklist, he is going to attempt to block anyone that has an ounce of economic or social sense and leave only hardcore central planning radicals.

If RDP has success in blocking Biden appointees it doesn’t approve of, the Biden administration is going to be extreme lefty.

Previous PostFactbox: How a Biden presidency would transform the U.S. energy landscapeNext PostBiden returns to battle another economic crisis, but it’s no Great Recession