A Geopolitical Powder Keg In The Middle East

The US-Iran Conflict is Playing Out in Iraq

As we noted at the beginning of the intensification of the US-Iran conflict, the Middle East will begin to disintegrate not in Iran, or in Saudi Arabia, but in Iraq, where the fragility of the Sunni-Shi’ite divide couple with a radical Islamic State threat and spillover from Syria. Oil traders have now caught on and oil prices are now creeping up again as the death toll hits over 110 and the wounded have reached the multiple thousands.

The original impetus of the protests is economic: frustration over corruption, economics and basic services. But there is something dangerously different about protests right now, and decidedly anti-Iranian. The key Iraqi general behind the fight against ISIS has been summarily demoted to a desk job, and his supporters are outraged. This is what’s really driving the violent protest surge. The general, Saadi, is viewed as a hero to many Iraqis – and is far more highly respected than the country’s political leadership. But his ties to the US military appear to have become a potential threat to the government itself. His power has grown too great. He is a potential coup plotter in the minds of the highest-ranking actors in government.

What happens next will be of immense importance. If Saadi is replaced by an Iranian-backed general, then this is where the proxy war between the US and its allies and Iran will play out. The only victor will be the Islamic State, which is ready to pounce on this new vulnerability.

Keep an eye on developments in Sadr City right now. A key flashpoint district of Baghdad which represents a much more dangerous prospect for the government. A death in Sadr City is a cause of serious geopolitical concern, and so far there have been at least a dozen in this flashpoint alone. On Monday the Iraqi PM ordered the army out of Sadr City in an attempt to calm the situation. But protests have resumed regardless. Sadr City could be a kingmaker. This is a poor district that is home to armed supporters of Moqtada al-Sadr, a very influential Shi’ite cleric who formally sided with the protesters last week, demanding the pro-Iranian government resign. Simple handouts to the poor are not going to quell things at this point.

Another boost for ISIS has come in the form of the US decision to withdraw from northern Kurdish-controlled territory to allow Turkey to make its move. The long-time Syrian Kurdish allies of the US feel the have been betrayed and they were the front line against ISIS. It makes little sense to anyone (including Trump’s own allies in Washington) that the president would drop out of northern Syria to clear the way for Turkey and simultaneously threaten to destroy the Turkish economy if it makes its military move across the border. Turkey, however, will destroy itself, with the markets selling off Turkish assets and the lira tumbling on the prospect of war. At the time of writing, the Turks have crossed over the border; US forces have politely stepped aside, and the Kurds are mobilizing in preparation for attack.

As protests over the end of fuel subsidies grow in Ecuador, with the country’s president decrying a coup and then fleeing the capital, operations at three oil fields have been suspended by the Ecuadoran state-run oil company Petroamazonas and the fields have been taken over by “individuals not affiliated with the operations”.

Taken together, the suspensions, all in the Amazon region, could reduce crude output by over 60,000 bpd. The suspended operations include the Sacha field, which has been blocked from transporting crude; the Auca field (several wells affected) and the Libertador field, where a power generation facility has been closed down, rendering it inoperable. Combined, the protests have effectively shaved 12% off Ecuador’s oil production.

The protests erupted when the government introduced an end to fuel subsidies that have been in place for decades. The fuel subsidies cost the government of Ecuador as much as $1.3 billion every year. The end of the subsidy, however, is more than doubling gasoline and diesel prices in Ecuador. Last week, authorities there announced the country is leaving OPEC in order to increase crude oil production and raise more cash.

This could be the next US venue of intervention, as President Lenin Moreno cleverly plays his hand by accusing his leftist predecessor, Correa, and Venezuela’s Maduro of attempting to orchestrate a coup by engaging indigenous protesters. All signs, however, point to indigenous outrage that was in no need of help in orchestrating a coup. They’ve overthrown local governments before.

CNPC has pulled out of the $5 billion South Pars gas project with Iran. When France’s Total backed out of this same project last year, it left CNPC as the last remaining international partner. Iran says that Petropars, wholly owned by the National Iranian Oil Company, will pick up the slack left by CNPC and Total.

But the reality is that Iran’s Petropars does not have the experience that CNPC and Total have, and it was counting on international partners to show it the ropes. Still, Iran is saying that Phase 11 of South Pars will be completed ahead of schedule, targeting 500MMcfd of gas by March 2020 instead of the earlier date that it promised, which was 2021.

While the CNPC pull out was a blow for Iran, CNPC’s involvement in the project has been on shaky ground for months, with CNPC reportedly failing to complete its share of the work. But CNPC’s breaking away from the project with sanctioned Iran may have more to do with trade talks this week and pressure from Washington than it does with a failed deal.

– Iran has inaugurated a new defense center for the purpose of staving off retribution for the missile attacks on Saudi Aramco’s infrastructure. The defense system will monitor air traffic in Iran’s southern region, over the Persian Gulf and in critical gas and petrochemical areas. Saudi Arabia has reached out to Iraq and Pakistan for back-channel talks with Iran to de-escalate tensions now that the US seems less inclined to action. Iran said it was open to talks.

– Supertanker VLCC rates are still climbing high, with the benchmark Persian Gulf to China VLCC rate now the highest in 11 years. Occidental has chartered a VLCC to ship oil from the US Gulf coast to South Korea for a record high of $13.29 million as US sanctions on Chinese shipper Cosco dries up the available shippers. Global VLCC supply has been curbed 5% as a result of the hefty shipping rates. While some shippers are opting to wait out the higher prices, others, like Occidental, are moving forward.

– The Turkish Energy Ministry says its Yavuz drillship has begun drilling the Güzelyurt-1 exploration well as of Monday this week. The vessel is drilling in Block 7 offshore Cyprus, which is an area licensed by Cyprus to French Total SA and Italian Eni. Turkish insists that Block 7 falls within the limits of the Turkish continental shelf, but the Greek Cypriot administration of Cyprus includes it in its exclusive economic zone (EEZ). Turkey also has a second drillship, the Fatih, in the area, as well as two seismic research vessels. The Turkish authorities are also threatening to send in a third drillship, while Cyprus has acquired four drones from Israel to monitor its waters where energy majors are drilling. The Fatih drillship has drilled below 4,000 meters, according to the Turkish Energy Ministry. 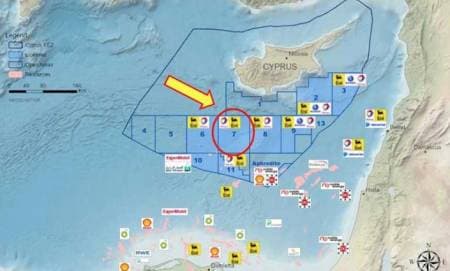 – South Sudan is renegotiating with Sudan over the remaining $600 million out of $3 billion in debt owed to Sudan after South Sudan took 70% of the oilfields that Sudan used to control prior to dependence. The $600 million is due in December, but South Sudan said it would be unable to pay by then. South Sudan has come up with the $2.4 billion already paid by shaving $15 off the top of every barrel of oil. But South Sudan’s oil production hasn’t been as robust as initially hoped, with internal wars and eternal delays in establishing its unity government.

– China’s ship-to-ship transfers are on the rise, tripling between August and September, muddying the waters about where China is getting its oil from. China has not tried to hide the fact that it intends to keep purchasing Iranian oil, but there is a wide gap between the general knowledge that China is purchasing sanctioned Iranian and Venezuelan oil and proof that it is. Iran, too, has been adamant that it will continue to sell its crude oil by whatever means necessary. But the danger for China is real, with Washington proving already that it is willing to squeeze China with additional sanctions–the latest example being the sanctions this week on 28 Chinese entities for human rights violations. So far, reports have it that 6 of Cosco’s 26 VLCC oil-carrying vessels turned off their transponders between September 30 and October 7. Most of the destinations for these ships are listed as China and Asian ports.

– Less than a month before its major oil auction, Brazil is facing political fragmentation over the allocation of the ~$25 billion that the government expects to net from the auction. Around one-third of the total will go to state-run Petrobras. The remainder will be divided between federal, state and municipal governments. Of that, the federal government is looking to take 70%, with the rest split between state and city administrations. However, state senators and city administrations are objecting the smaller share. The auction will seek to sell oil blocks in the pre-salt zone off the coast of Brazil that had originally been given to Petrobras to take 5 billion barrels of oil from those fields. Now, international oil companies will be able to bid on the production rigs in this same area. Petrobras has already done a fair bit of exploring in the area, and Brazil is hoping that this will win some premium price for the transfer of rights. Fourteen companies have been officially approved by Brazilian authorities to participate in the auction, including BP, Chevron, CNPC and Equinor.

– Iran says it has discovered a major gas field in the south large enough to supply power to every home in Tehran (population 12 million) for 16 years. According to Iran’s National Iranian Oil Company, exploration has been going on for a year. The NIOC has not released any further details on the discovery.